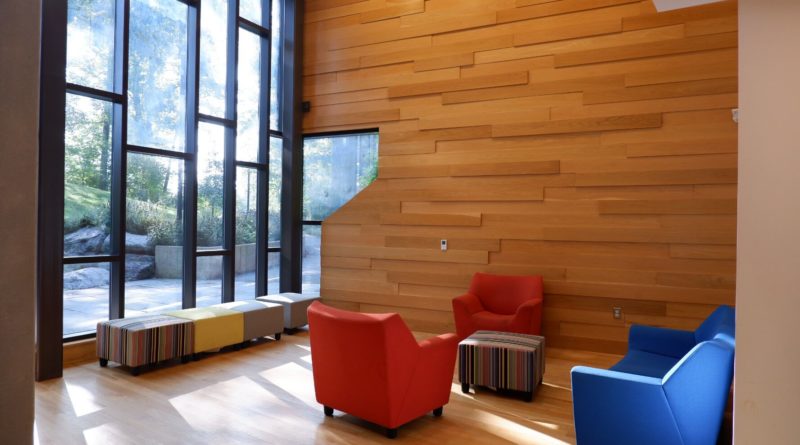 While Diversity Peer Advisors are meant to facilitate dialogue, connect to student groups, and educate their peers on diversity and social justice according to the program’s website, current DPAs feel that the loose structure of the program and small scale of influence inhibits the effectiveness of the relatively young program. Though the program expanded from its initial eight peer advisors across three residence halls to fourteen advisors in nine residence halls in the 2016-2017 school year, the program has recently seen a decline in numbers: this year, nine DPAs serve in nine residence halls. In addition, none of the DPAs from the 2017-18 school year  returned for a second year, and as of the printing of this article, no DPAs from 2018-2019 school year plan to reapply. However, two new positions, DPA Associate and DPA Intern, were created to support the program and overall increased interest.

Students proposed and modeled the program, which is now in its fourth year, after comparable programs at Bryn Mawr College as well as University of Michigan in 2015. T. Shá Duncan Smith, Associate Dean of Diversity, Inclusion, and Community Development, serves as a resource to the Director of the DPA Program Michelle Ray and was Interim Director of the program. According to Smith, the original goals and expectations of the DPA program were to promote a social justice outlook, foster campus collaborations, practice critical thinking, and promote effective communication. DPAs are expected to go to trainings, staff meetings, work shifts at the Office of Student Engagement, host events and programs, as well as share resources.

These goals, according to Smith, ensure that students in the DPA program have a platform to further discuss and build an inclusive community.

“The interest in the DPA Program is steadily increasing. I think their work is integral to the College’s mission of developing students to have a deep sense of ethical and social concern,” said Smith. “I make sure the DPAs I interact with know that the work they do in their residential spaces and throughout campus is [an] essential part of the College’s work in building an inclusive community. As a result I heard there was increased interest this year.”

According to Ray, the increasing interest in the program has led to the creation of the DPA Associate and DPA Intern positions. DPA Associates are meant to be a former DPA who assists with building the overall program and be a source peer support for the current DPAs. DPA Interns are intended to gain community insight into projects and help to enhance the program.

“Currently, we have positive interest in both our selection process for the 2019-2020 academic term and the two new roles we created this year to support the program (DPA Associate and DPA intern),” wrote Ray.

The DPA program is a part of the Residential Peer Leader program. This means that DPAs, along with other RPLs, are some of the first people that first years encounter, which makes them visible to many students who are interested in the mission of the program. Prior personal interactions with DPAs motivated students like Faith Booker ’21, a DPA in Danawell, to apply for the program.

“I liked the idea of being a DPA and a resource for people like me and help when possible,” said Booker.

Lamia Makkar ’21, a DPA in Willets, also wanted to serve as a DPA to help others talk through their identities, especially during the transition to college.

“When I first got here being a person who identifies as an international and as mixed [race], I didn’t necessarily find that I could easily answer all the questions that I had about moving here and about culture shock without fragmenting my identity,” said Makkar. “I decided to serve as a DPA not only to serve as support for other students as they are going through that transition, but also as a way for me to answer a lot of the questions that I had.”

According to Lali Pizzaro ’20, a former DPA in Willets, she applied to the position because she saw it as a way to pursue her interest in issues of diversity, equity, inclusion, and justice as opposed to other avenues on campus.

“I thought the DPA position would be the best way to do this, as I had seen examples of DPA programming in my dorm, and the DPA program was heavily advertised to me and highly visible,” wrote Pizzaro. “I was not as familiar with ways of engaging in equity, inclusion, and justice work on campus that are often less visible to [first years] (like grassroots student organizing, and working [at] the centers, like the WRC and IC).”

While the DPA program allows for personal conversations and opportunities for discussion amongst peers, some students are critical of the overall structure of the program and its larger role on campus. Booker feels that the program does not provide the necessary structure and resources for DPAs to make sure they are accessible to students.

“There’s not a lot of structure to the program and I think… whether people depend on me is on me to make sure I am visible to people, that they know I’m there and seem like someone people can come to in the first place,” said Booker.

According to Booker, the DPA program is primarily a peer role and that is partially why it is  loosely structured. Makkar expressed the same frustration with the lack of structure, more specifically related to the programming of events.

“I do share many of the frustrations with the program because sometimes I feel like we don’t have as clear of a direction as we need to and I often question ‘why am I running this event’ when it’s just buying food for people in Willets,” said Makkar.

Makker feels that her personal interactions with residents were meaningful, but she highlighted the need for more direction with event planning. She felt that program had not yet succeeded at supporting DPAs to encourage serious conversations about diversity in a residential setting.

“I think I’m still trying to figure out… what is an effective way to get people to engage in these kinds of conversations in a dorm through a student-hosted event that actually gets people present,” said Makkar.

Makkar also felt that the small number of DPAs relative to the number of dormitories on campus poses an inherent problem for the program.

“One of the issues is that we didn’t have enough DPAs for each dorm this year. That wasn’t necessarily because not enough people applied, but based on the criteria for selection,” said Makkar. “So, that means that some dorms like ML [don’t] have a DPA this year… even for myself, I am one DPA [for] all of Willets.”

While there was not a DPA for each dorm this year, there are efforts to create other programs and opportunities to create more interest in the DPA program. An example of these programs would be the Social Justice Institute program for incoming first-year students — a program designed to work on leadership skills and identity issues in which many DPAs have taken part.

“I lead the BiCo (formerly Tri-Co) Social Justice Institute and many of the DPAs have been a part of that Institute,” said Smith. “Also Michelle Ray, has worked to create a pipeline and interest in the program, including opportunities for an Associate Role for seasoned DPAs.”

Despite the presence of programs to increase potential interest in the DPA program, both Makkar and Booker raised issues concerning visibility and use of DPAs outside of personal connections.

“Many of the conversations I had have been on a one-to-one basis and not necessarily because I’m a DPA but because I was applying my position as a DPA to a personal connection,” said Makkar. “In terms of visibility I think that’s definitely an issue.”

Booker also stated that most of her experiences with DPAs occurred with personal connections, such as with fellow members of Swarthmore African-American Students Society. Booker believes that the work of DPAs can be done more effectively by affinity groups on campus, making the DPA position obsolete.

According to Booker and Pizzaro, another issue with the DPA program was its generic training, which they share with other RPLs. The training takes place during the week before orientation and includes training about racial bias, inclusivity, identity. They also learn about how to handle their roles as mandatory reporters.

“They train us the same way they train the RAs, which is not enough for DPAs in this position … but everything is very surface-level,” said Booker. “I feel like if you are hired into the position, you should already have that basic level of understanding and probably more.”

Pizarro believes that many DPAs share Booker’s frustration with the lack of depth in training.

“When I was a DPA, we attended the RPL training with RAs, GAs [Green Advisors], and SAMs [Student Academic Mentors]. This training was a week long, and culminating in freshman orientation,” wrote Pizzaro. “I remember many DPAs (including myself) feeling frustrated with the training, because much of it felt very general and not focused directly on diversity and inclusion.”

Booker and Pizarro believe that given the limitations they faced as DPAs, there are other avenues to promote change on campus that align more with their respective preferences for their roles on campus. They both state this as the reason they did not apply to participate in the program for a second year.

“I decided against reapplying because I felt I didn’t make as much change in my position as I wanted to, and I did not feel as much passion for the job as I expected to,” said Pizarro. “In my position as a WRC associate, Editor-in-Chief of Voices, and a member of STAR, I have been able to learn a lot more and make more positive change.”

Similarly, Booker found the DPA position to have shortcomings in enacting institutional change on campus. She believes other jobs on campus have more of an impact on diversity issues.

“I don’t actually feel that [DPAs] are a necessary position. It’s nice in aspect, but we’re students, we’re not actually changing the structural inequalities at Swarthmore. We aim to disseminate information and be educational resources, and I think we do that on a small level to people who are interested but it doesn’t mean people are interested,” she said. “The reason I became a DPA was because I was really interested in helping marginalized people on Swarthmore’s campus, but it’s not just that job. At the BCC and IC it is just that job. With the DPA position, I’m also having to work with the people who are the offenders and people who are doing the work of marginalization themselves… which is also more emotionally taxing.”

In contrast, Makkar still has faith in the program. She believes that the program is still in its early stages and can continue to improve on the issues it has at the moment.

“I am very aware of how young the program is. The intentions behind the program are very necessary and I’m happy with the experience because of those one-on-one experiences that I’ve had that have been so crucial,” said Makkar. “If they keep working on issues… it’s only a program that’s going to continue to get better despite the issues that it has and is currently facing.”

According to Ray, the program has room to develop, and many projects are in the works for the coming months.

“Some enhancement projects that we are currently working on to implement in the future include: the creation of an online Library Resource Guide that will provide information/resources for students; building on support for DPAs in the areas of training; resources for programming responsibilities; and reviewing and evolving program communication and internal/community assessment methods,” wrote Ray.

Aside from these projects, student involvement remains integral to the program as it is developing.