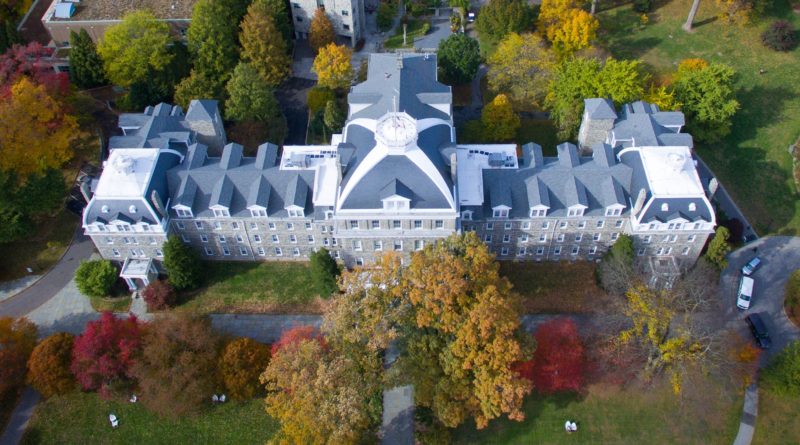 The Department of Public Safety is currently in the process of hiring two corporal supervisors and a patrol officer. In an effort to include the input of the campus community in the process, Public Safety solicited input from Resident Peer Leaders — Resident Advisors, Diversity Peer Advisors, Green Advisors, and Student Academic Mentors — and members of SGO.

Some RPLs that were asked to participate felt that the request was very last minute.

Director of Public Safety Mike Hill, explained that Public Safety is currently in the process of hiring two supervisors and a patrol officer to fill vacancies.

“We are currently interviewing for two corporal/supervisor positions and one communication/patrol officer,” wrote Hill in an email to The Phoenix. According to Hill, Public Safety is also beginning the process of hiring several other officers and filling some administrative positions.

In his email, Hill also outlined Public Safety’s invitation of input from various members of the student population.

“Last year, we began inviting students to join that process, and with our current and future hires and promotions, we have formalized the process. We are inviting representatives from SGO and the RPLs (RA, Swat Team, DPAs, GAs, and S.A.M.s) to either participate in an interview panel or have a meet/greet session with candidates. This is a best and promising practice and supports our commitment to transparency and community engagement,” wrote Hill.

The Phoenix received access to the interview schedules sent to SGO, RAs, and GAs. All of the RPLs that were spoken to for this piece were told about the interviews less than a week before they began, and the RAs received the schedule on November 12th. According to the schedule shared with RAs, there was an interview on Thursday, November 13th, for “Corporal Supervisor Candidate 1”; none of the other schedules had any reference to this interview. The schedule shared with SGO representatives was sent less than two hours before the first listed interview. Additionally, the schedule was not shared with GAs until three interviews had already been completed.

According to Kevin Liao ’21 a SGO senator who participated in the interviews, these issues impacted his ability to represent the student body.

“If we had had more time … at least more than one week because it was inside a week. … We could have done a much better job of collecting student concerns,” said Liao.

In an effort to represent the student body at the interviews, Liao and fellow SGO member Akshay Srinivasan ’21 posted an anonymous survey on Facebook and held discussions with several student groups. According to Liao, this process was cut short due to time constraints.

“If I could have had more time to [speak with all the student groups I wanted to], I think we’d be in a much better position to ask the questions that should be asked rather than kind of having this half idea which is where we’re kind of at right now,” said Liao. Liao first learned that there would be interviews on Sunday November 10th, though the schedule was not sent until less than two hours before the first interview on Thursday November 13th.

Tyler White ’22, an SGO senator and member of Swarthmore African American Student Society, feels that several things needed to change for there to progress in the future interactions between Public Safety and the student body.

“I think that [Public Safety] should’ve been much more intentional about how they engage in this process and given folks more time to be involved … There should be a concerted effort to work with both O4S and affinity groups to really make sure that we’re honing in on the lessons that we’ve learned from the past,” said White.

An RA, who asked to be quoted anonymously, said that the timing of the invitation made it impossible for them to attend some of the interviews.

“The first interview was on the 13th at 9:00 to 9:40 a.m. [The schedule] was sent at 7:00 p.m. on the 12th, so I didn’t have any time to put it on my schedule. I could have switched around my schedule for Thursday and Friday, but of course, it would have been a lot more helpful if I knew about it maybe a week in advance,” said the individual. The RA saw other issues with the invitation.

An anonymous GA echoed these issues.

“We received the email at 12:50 p.m. on Thursday. It was very last minute,” said the GA. The individual believes that timing made it challenging for the GAs to participate.

“Only one member of the group was able to participate … I’m not sure if a lot of them could have made time to participate, but some of them would have been interested in participating if they had more notice,” said the GA.

In an email to The Phoenix, Hill explained that the invitations were late, in part, due to the newness of the policy of including SGO and RPLs in the hiring process as well as an urgency to fill the vacant positions.

“This was a new process so there is a bit of a learning curve as we continue to attempt to be engaged and transparent … There was a sense of urgency because we need to fill vacant positions but I’m mindful that we must also be intentional about our process going forward … Having partnerships is so crucial to our success.  We will continue to work towards the goal of getting the hiring process completed with all due diligence and speed, while continuing to work with our community. I am excited to be working with students, as well as with our other campus partners,” wrote Hill.

Tarzan MacMood ’20, president of Swarthmore Muslim Student Association and currently an RA, expressed similar sentiments in an email to The Phoenix.

“[The last-minute nature of the invitation] makes it increasingly difficult to get the perspective of RPLs and the community at large. … If students were notified at a reasonable amount of time prior to the interview, then a more representative body of students would be available to participate in the interviewing process. Going forward, Public Safety’s communication with SGO reps and RPLs needs to be more effective,” wrote MacMood.

MacMood stated a desire for more diversity in Public Safety.

“I think it’s very important to see the identities of the student body be reflected in the Public Safety team … As a Muslim, I worry about Public Safety Officers responding to situations involving Muslim students in a way that makes Muslim students uncomfortable … There really should be officers of color and of different religious backgrounds on the team,” wrote MacMood.

White agreed that Public Safety needs to address its interaction with minority groups on campus.

“A lot of student groups feel very targeted and feel very uncomfortable, and those feelings are not new. And it doesn’t seem that Public Safety even wants to repair them,” said White.

As of Tuesday, November 18th the interview phase of the current hiring process has been completed. Public Safety plans to hire a sergeant and two associate directors in the near future.