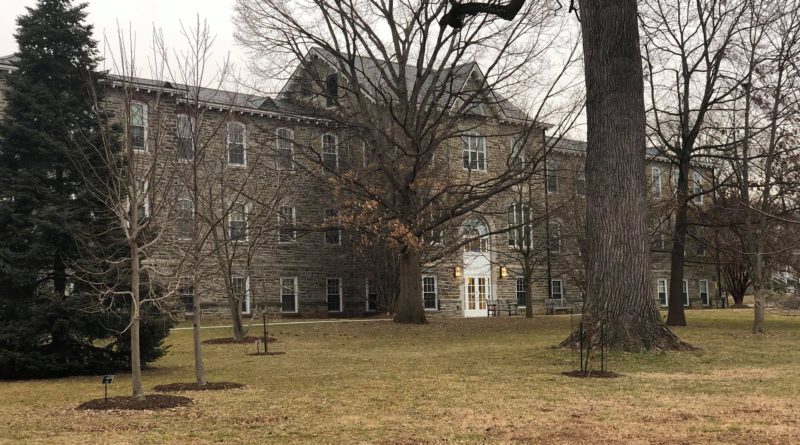 Professor Megan Brown, an assistant history professor,believes that students who aren’t taking history classes are missing out. According to Brown, the interdisciplinary nature of history makes it broadly applicable to many different kinds of jobs.

“When I’m thinking about studying history it’s quite interdisciplinary because there are so many other parts of academia that are really enlightened by a study of history. For example, if you’re pre-med, thinking through medical ethics only really makes sense if you have some sense of the kind of building blocks and sometimes very problematic history of medicine and science … If you’re excited about being a lawyer or going into some sort of public advocacy or being an educator and you don’t have a sense of what kind of inequalities shaped people in the past and helped to shape the laws today, you really need history to do that.”

Brown also emphasized the plethora of interdisciplinary skills students attain from the history major, including reading, writing, research, and analysis.

“Just as importantly the skill sets that students learn in the history major are ones that they’ll take to employers, that are transferable, that are appealing and desirable to employers, and those are skills of exceptional writing, the ability to conduct research and then to interpret and analyze that research, the ability to read critically and think analytically, and also … the ability, no matter what you do, to think through how we got to this current place.”

“I think history is interdisciplinary … there’s a lot of crossover with courses I’ve taken, even in music! So while I do take a lot of science and math courses I feel like history is a place where a lot of my interests intersect,” Emma said. “I [also] found history classes to be a place where people … who are interested in a lot of different disciplines are able to come together and have very productive conversations.”

“I think in history classes there’s more conversation between individual students. They also cover facets of just about everything — economics, political science, philosophy, etc. History is fairly all-encompassing, which is one of the things I like about it.”

Brown and Novak both acknowledge the decrease in history majors, but Brown believes this stems from a misunderstanding of the utility of a history major, which she argues aids various career paths.

“Coming out after the great recession, I think a lot of people are really concerned about getting hired after college. I think that the gut reaction is you want a major that has a very obvious career path after it,” Brown said. “What I would say to that trend is to think through all the things you can do with a history major. Being a history major does not close paths at all, you can become a doctor or a contemporary dancer even with a history major.”

Novak expressed that she felt history majors were not always taken seriously. Even so, she chose to pursue the history major instead of biology or chemistry because of how much she enjoyed and valued the content.

“To some extent I feel like history is not included in the sphere of pre-professional… but that’s not what I believe,” Novak said. “Studying history had made me … less focused on how I live, how the people around me live, and think about how there’s a whole world out there that’s been shaped in different ways over the course of time.”

“Everything that we are experiencing today has a past,” Brown said. “If we don’t know where we came from, we really aren’t ready to think through what’s going to happen next.”

Hearn-Desautels said that his experience here as a history major has been quite positive. One topic in particular which sparked Hearn-Desautels’ interest was Islamic history.

“The first history class I took was called ‘The Formation of the Islamic Near East’ which got me interested in Islamic history as well as Middle Eastern history more broadly. I then took the ‘History of the Modern Middle East’ with Professor Shokr, as well as a seminar called ‘The Social Construction of Disease in the Modern World’ with Professor Armus,” Hearn-Desautels said. “I’ve enjoyed all of my classes thus far and am looking forward to writing my thesis next year.”

Hearn-Desautels hopes to apply his history major to a career in journalism, specifically reporting on and working in the Middle East.

“I want to do war/conflict zone reporting and then hopefully work as a Middle East correspondent for an organization like Al Jazeera or something similar.”

Though Brown, Novak, and Hearn-Desautels all felt confident about the relevance of history to all forms of study, the fate of the discipline in the long term remains to be seen.

Figure 1. Median of ten liberal arts colleges’ history majors by percentage of graduates ± IQR in 2010 and in 2017.

Figure 2. Bar plot of the number and percentage of graduates with a history major from ten liberal arts schools in 2010 and in 2017.

Figure 4. Median of institutions’ history majors by percentage of graduates ± IQR in 2010 and in 2017. Institutions represented are all those included in Swarthmore’s institutional research.