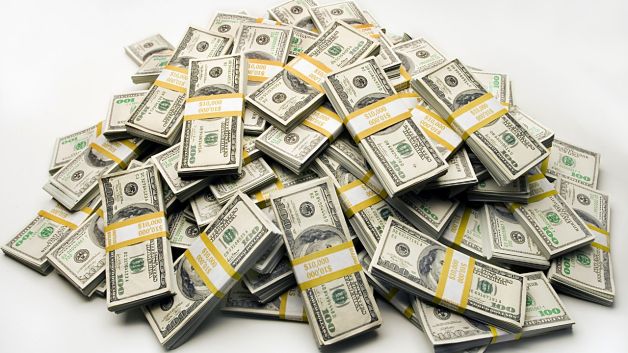 Modern monetary theory, which holds that the government can massively increase spending without worrying much about the deficit, has recently been thrust into policy debates by progressive members of Congress. Some members have advocated for MMT to shape how Congress thinks about making a budget for the federal government. Rep. Alexandria Ocasio-Cortez (D-NY) has said the idea that the government doesn’t need to offset spending with raising revenue should be “a larger part of our conversation.” Advocates for MMT aren’t limited to freshman representatives; one of the theory’s leading advocates, Stephanie Kelton, has served as an economic advisor to Sen. Bernie Sanders (I-VT). As appealing as we find dramatically expanding the scope of government with few consequences, modern monetary theory is not supported by economics. Even if it was, implementing it according to experts’ recommendations isn’t politically feasible.

Adherents to MMT posit that a government that issues its own currency can’t go bankrupt because it can always print more money, so policymakers shouldn’t be hugely concerned about a government deficit. Mainstream economists generally agree with modern monetary theorists that deficits can be healthy under certain economic conditions. Modern monetary theorists, however, take this perfectly reasonable position and leap to conclusions that are unsubstantiated by economic research. For example, advocates of MMT argue that the government can undertake large spending increases, such as single-payer healthcare, without increasing tax rates because they believe that MMT provides so much fiscal flexibility. Going even further, MMT advocates for as big a budget as necessary to reach full employment, without giving much thought to the effects on the deficit.

The only consequence of massively increasing government spending, MMT adherents claim, is that inflation might increase because the government would be funding itself by printing money. In this case, modern monetary theorists believe that taxation is the appropriate instrument for reducing inflation.

Even though a massive expansion of government spending is an attractive idea, MMT doesn’t align with economics. Large deficits can negatively impact the economy. Analysis by economists at the Brookings Institution has shown that deficits have a negative effect on long-term economic growth because investors may lose confidence in the government to control inflation. Temporary deficits can be perfectly healthy in recessions, when the economy needs fiscal stimulus to get to full employment, but these economists argue that permanent deficits lead to concern about inflation and discourage investment.

Modern monetary theory is also completely impractical to implement from a political standpoint. Adherents to MMT recommend that taxation be the instrument to control inflation, so we’d have to trust Congress to raise taxes when prices are increasing rapidly. Since tax hikes during periods of inflation would be extremely unpopular because people would have to contend with rising prices and less disposable income, it doesn’t seem likely that Congress would follow through. Currently, one part of the Federal Reserve’s mandate is to control inflation. Since the Federal Reserve is an independent agency, it doesn’t face the political hurdles Congress would face when it comes to controlling inflation. If the government were to adopt MMT, the Federal Reserve would give up its control of inflation because it would have to print money to finance fiscal policy. We shouldn’t hand over control of inflation to a political body lightly because Congress shouldn’t be trusted to make politically unpopular decisions to address inflation.

Modern monetary theorists largely agree with mainstream economists about the role of government, such as that the government should do more social spending and that government deficits aren’t necessarily cause for concern. MMT, however, takes these well-reasoned positions to an extreme that is politically and economically infeasible.