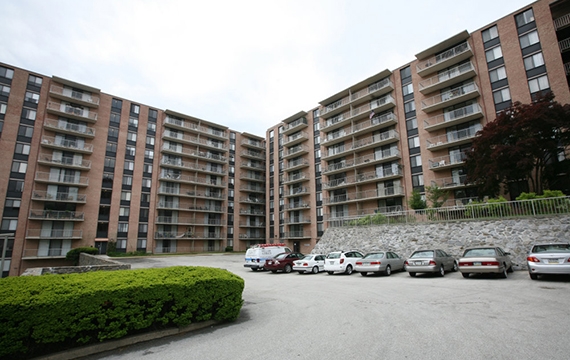 As of Fall 2017, the Strath Haven Condominium, which houses up to 16 students, will no longer be open for use by Swarthmore students. This closure is occurring in tandem with the addition of the New PPR apartments opening in the Fall of 2017.

A resident of Strath Haven, Emma Remy ‘18, expressed confusion after hearing about the closure from an acquaintance. Remy reached out to Isaiah Thomas, the Assistant Director of Residential Committees, to confirm that Strath Haven would no longer function as student housing and Thomas replied that it would be closed due to “necessary maintenance.”

For Remy, this news was particularly disappointing as she had planned to remain in Strath Haven for her senior year as well. She originally decided to reside in Strath Haven after researching different options and discovering  that it was the most financially viable option that satisfied her desires in living arrangement. Remy stated that she was particularly interested in having a level of housing permanency, so she emailed Isaiah Thomas asking if she could stay in Strath Haven for a second year. Thomas replied that she would, explaining that it would be inconvenient to coordinate with the condo company to move her in and out of the complex.

With the closure of Strath Haven, however, Remy will no longer be able to stay in Strath Haven on the college’s plan. After inquiring about the situation to Dean Karen Henry, Remy revealed that Dean Henry had only just been informed of the closure in a meeting about housing on the morning of March 2nd. Dean Henry also reportedly had no knowledge on why Strath Haven was closing, or what would happen to it in the future.

When asked about the situation, Gregory Brown, the Vice President for Finance and Administration and Treasurer, stated in an email that the closure of Strath Haven would provide the administration with an opportunity to “assess our long-term student housing needs.”

“We believe that the addition of the PPR Apartments to our student housing inventory will provide a popular housing option for students who wish to prepare their own food, and will enhance the residential student experience overall,” Brown wrote.

Isaiah Thomas commented on the closure, stating that “We are very excited about the addition of the PPR Apartments as a new housing option that will provide housing for approximately 120 students. Strath Haven could only accommodate up to 16 students.”

Thomas also revealed that the Strath Haven condominiums would undergo extensive repairs to the heating and air conditioning systems with its removal from the student housing options. A number of units will still be in use for housing various staff members in the future. Thomas stated that more information regarding 2017-2018 student housing options will be released by late March, which would contain instructions on how to apply for the much anticipated PPR apartments.