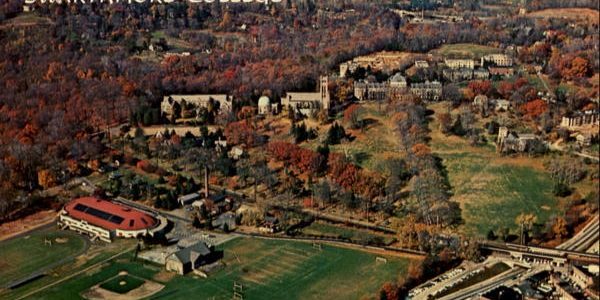 Students were awarded summer funding from various campus institutions, including the Lang Center, earlier this month. More students than expected were put on the waitlist, which is expected to be resolved by March 24. The deadline for the summer funding applications for all campus resources were on Feb. 8, meaning that many students apply before their plans are certain.
The application was online from Jan. 17 until the February deadline. Students were able to apply for several types of summer funding, including funding for summer internships through Chester Fellowships, as well as funding for projects and research. Professor of Political Science and director of the Lang Center Benjamin Berger noted that there was a large increase in funding applications this year because it was more widely publicized.
“This past fall the Lang Center staff made a concerted effort to increase the equity and accessibility ​of our summer funding process ​through outreach. Not only did we communicate intensively with students as well as faculty and staff, but we overhauled the application process — instituting a blind review process with faculty, staff, and student reviewers to ensure a fair process — and instituted mandatory advising sessions for interested students. As a result, we reached far more people than ever before, and student demand increased tremendously (as did the quality of applications).  Our funding ability remained constant, however,” Berger wrote over email.
Berger highlighted an increase in number of applicants as an explanation for the increase in waitlisted applications.
“In 2017 we had 175 requests for full-time summer funding, compared with only 42 full-time requests in 2016.  We wound up funding significantly more full-time requests this year than last year (77 vs. 42), but the process was much more competitive (38.9 percent acceptance rate this year vs. 100 percent last year).”
It is important to note the Lang Center application process does not require applicants to have secured a summer internship before submitting an application and can apply for funding as if they had received their top choice internship. As a result, applications submitted may not always reflect a student’s eventual summer plans. Michelle Ma ’20, who works for the Phoenix as a Digital Ops Fellow but had no involvement in the production of this article, applied for summer internship funding but ceded it because the internship she accepted for the summer did not align with the guidelines for summer funding.
“The internships I applied to weren’t viable [because] they weren’t looking for underclassmen … so I was not able to get that, but I got a[n] … offer in New York at this place called Entrepreneurs Roundtable Accelerators … it’s really good for me to work on my technical skills, so I can become a better coder, so I can go back and work at the original company I applied with in the future, but basically, it didn’t have as strong of a social impact component as TechChange, which was the the company I first applied with,” she said.
Ma was also aware of the competitiveness of this year’s funding process.
“In the context, since I knew how competitive the process was this year, compounded with the fact that I agree that it wasn’t as socially impactful as it could’ve been, I decided to cede my grant,” she said. Ma also works at the Lang Center and works on digital operations for the Phoenix.
Ma also discussed the competitive nature of the grant process this year.
“The email giving me the grant also said it was extremely competitive, although they always say that, and I didn’t believe it at first, but then I heard how many people [said they] didn’t get it,” Ma continued.
Junior Jeffrey Novak ’18 also ceded his grant funding after applying for an NSE Fellowship and was awarded the Eugene M. Lang Summer Research Fellowship. Novak was encouraged to apply for the funding by a professor but accepted a paid internship instead.
“Going in, I applied because it sounded [like a good opportunity], and it was on my radar … I didn’t have any internship offers at the time. I got a couple of internship offers in between … When I went to decline, I couldn’t find the steps to take if you do not want to do it, it seems to be that they assume you’re taking the award,” he said.
The disparity between students’ summer plans and what they end up doing is often the cause of funding issues like Ma’s and Novak’s. Summer funding was heavily publicized by the Lang Center, with efforts such as Sharples tabling to communicate to students the process of applying for funding.
Berger also noted that the sharp increase in funding applications may lead to changes in the future, including the possibility of more funding being made available.
“The good news is that this process has illuminated the great student hunger and need for meaningful summer experiences, and we have been in close contact with the Offices of the President, Provost, and Advancement to seek out new funding sources within the framework of the soon-to-be-launched campaign. The administration has been appreciative, sympathetic, and supportive,” Berger said.
While many students were not able to get funding from the Lang Center initially, it remains a question as to how many students will be moved from the waitlist. Optimism from the Lang Center also may signal more funding opportunities for students in the future.