The rise and subsequent entrenchment of woke culture – wherein individuals adopt an obsessive and blinkered approach towards civil rights issues – in higher education institutions has resulted in the erosion of intellectual rigor that flows from nuanced debate around contested issues. This has detrimental implications for college communities in the present and society at large in the future, thus necessitating discussion among students, faculty and college administrations about the role and responsibilities of higher education in facilitating intellectual diversity.

According to Swarthmore College’s mission statement, the institution claims to “[provide] learners of diverse backgrounds a transformative liberal arts education grounded in rigorous intellectual inquiry and empowers all who share in our community to flourish and contribute to a better world.” Among other mechanisms, it does so by “building a diverse, equitable, and inclusive residential community that enriches our experiences and expands our worldviews.” The public discourse on campus, however, is often anything but diverse and inclusive. Rather than engaging in rigorous intellectual inquiry, the community often functions as an echo chamber in which the loud voices of social justice warriors (individuals who promote socially progressive views for personal validation) drown out the voices of a silent majority that practices political correctness to escape the wrath of said SJWs.

A successful liberal arts education is built on the foundation of intellectual diversity and a community that is accepting of all beliefs grounded in sound reasoning. Echo chambers are the antithesis of such a foundation because they reinforce existing views without encountering opposing ones – resulting in increased social polarization. In non-academic settings, increased right-wing polarization has resulted in tragedies such as the Jan. 6, 2021 insurrection at the U.S. Capitol. Although polarization materializes in a subtler manner in academic settings, it has dire consequences nonetheless. At Swarthmore, we have observed one-sided discourse on key initiatives such as the anti-military outcry to block the college’s proposed participation in the Chamberlain project. This one-sided discourse has also weighed on student club decisions such as the cancellation of a recruiting event with a technology company that had military contracts. Furthermore, it has led to a push to create more “safe” spaces through affinity clubs and support groups in academic departments that have functioned as a double-edged sword: centering marginalized groups while simultaneously reducing interaction between different demographics. The constant threat of potential backlash has stunted the development of diverse thought, preventing the balanced discourse that is essential to a thriving college community.

In a recent survey by the Foundation for Individual Rights and Expression measuring free speech at 203 universities and colleges, leading higher education institutions performed especially poorly. Although Swarthmore was not part of this survey, the performance of comparable schools certainly raises concerns. For example, Amherst College ranked 183rd overall and dead last among all institutions for the “Comfort in Expressing Ideas” category. Similarly, Columbia, Georgetown, Harvard, Northwestern, Pomona, Princeton, Smith, Wellesley, Williams, and Yale all ranked in the bottom quintile of schools. Overall, 55 percent of all college students agreed that their campus climates made it difficult to have conversations about issues such as race, politics, and gender. Alarmingly, Republican-leaning students were 14 percent more likely to voice these views compared to their Democrat counterparts. In light of events such as the Jan. 6 insurrection, the importance of facilitating a more diverse set of views cannot be understated.

Leading U.S. institutions have significant room for improvement in their free speech reputation among students. Although it is a difficult ideal to uphold as institutions balance protecting free speech while trying to hold students accountable for hurtful and offensive discourse, they can look to peer institutions like the University of Chicago (ranked 1st in the survey), which has made public commitments to upholding intellectual freedom, and Swarthmore College, which reiterated its participation in the Chamberlain project despite severe backlash from students and faculty.

While the inability to foster intellectual diversity on college campuses is troublesome in the present, it poses even graver concerns for the future. In a country that is marred by political partisanship, students at leading universities are even more politically divided and disconnected from the rest of the population than today’s politicians and decision-makers. Being able to understand your position relative to others and defend its basic premises is a valuable skill that cannot be properly cultivated in a community that does not facilitate – and arguably impedes – a nuanced debate of ideas. By adopting a protective environment that excessively panders to woke culture, current colleges are leaving today’s students (and tomorrow’s decision-makers) woefully underprepared to engage in the types of conversations that are vital to breaking ideological gridlock and achieving progress on any contested issue.

If Swarthmore students are to “flourish and contribute to a better world,” it is imperative that we are able to frame our ideas and actions around the world in its current state. If current higher education trends are any indication, we are not ready to do so. 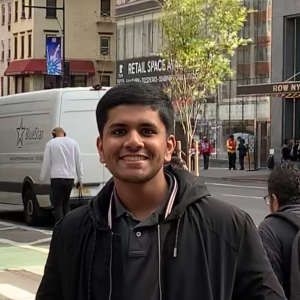 Sameer is a final-year student studying Economics and Computer Science.