News » Why Were 2016 “Summer Scholars” Isolated from Upperclassmen? 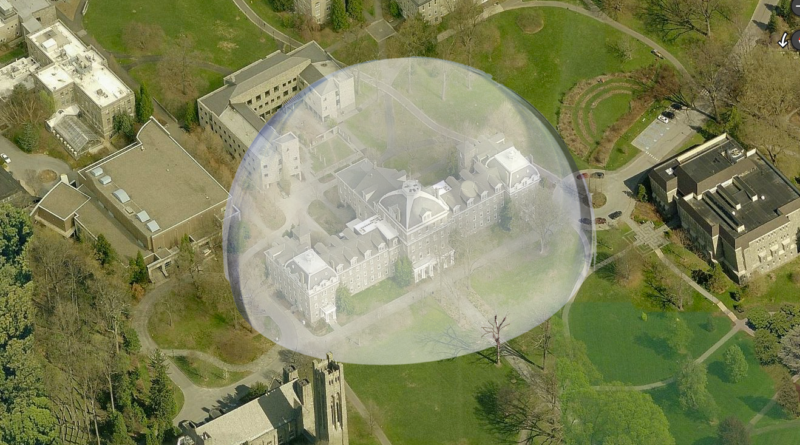 Last June, sixteen incoming first-years arrived on campus for the Swarthmore Summer Scholars Program. The students (or “scholars”) lived and studied under near-constant supervision from student mentors, who had instructions to prevent scholars from interacting with upperclassmen.

The program’s chair, History Professor Allison Dorsey, relayed the restriction in an email to the program’s six mentors.

“All upperclassmen/women, including those from the class of 2019, as well-meaning as they might be, should be kept at a respectful distance from this 2016 [Summer Scholars] cohort,” Dorsey wrote on June 11.

The Swarthmore Summer Scholars Program, which began in 2015, targets scientifically-inclined students who are low-income, first-generation, or from underrepresented backgrounds, and prepares them for college academics. Scholars live in Parrish hall and take special classes in science, math, and writing during the summer before their first semester. While the five-week program always isolated its participants to some extent, the explicit call to keep upperclassmen at bay was new this year.

Mentor Connor Hodge ‘19 heard these instructions “very frequently” during his training. To enforce the no-contact rule, mentors confronted upperclassmen who tried to chat with scholars, but they avoided directly interrupting conversations, Hodge said.

“All upperclassmen/women, […] as well-meaning as they might be, should be kept at a respectful distance from this 2016 cohort”
– Prof. Allison Dorsey, June 11, 2016

The Daily Gazette talked to six of the scholars from the 2016 program. All six seemed aware of the rule. Three of the six, Ken’delle Durkson ‘20, Hannah Torres ‘20, and Alexis Davis ‘20, found the rule limiting.

“I specifically thought it was pretty dumb,” Alexis Davis said. She added that it gave scholars an overly narrow view of Swarthmore.

Others took a more measured view. Christian Galo ‘20 didn’t understand why the rule was there, but said it wasn’t as detrimental as others claimed. Among the six, Alyssa Davis ‘20 alone praised the restrictions.

“I feel like this rule helped us build stronger bonds in our cohort and work together to succeed in such a busy schedule,” she said.

In an interview and subsequent email exchanges with The Daily Gazette, Dorsey echoed Alyssa Davis’s justification, saying that the rule strengthened bonds among scholars, and that they would get a chance to meet other students in the fall. The program follows a cohort-based theory of learning, which encourages students to rely on one another for support. In an email to mentors, Dorsey additionally suggested that interacting with the previous year’s scholars might spoil the uniqueness of each cohort’s experience. Alyssa Davis agreed:

“[T]he program structure is meant to be a surprise to the scholars, and any contact with past scholars would ruin the excitement of finding out what the schedule would look like,” she said.

But Hodge and Jonathan Tostado-Marquez ‘19, another mentor, reported hearing about another reason to keep upperclassmen at a distance: a fear that current students might tell “horror stories” about Swarthmore that would demoralize the scholars. In summer 2015, scholars and upperclassmen interacted more frequently. Some of those interactions displeased the program’s leadership, Tostado-Marquez and Hodge said.

Tostado-Marquez said he heard from the program’s leaders that, in the previous summer, “upperclassmen mentioned negative things about Swarthmore, and that we wouldn’t want that to happen again.”

When asked if there had been negative interactions during the 2015 program, Dorsey said the primary problem with scholars and upperclassmen cohabiting that year had been the cluttered Parrish kitchen, which the two groups shared.

The 2016 program’s efforts to keep the scholars in a bubble extended beyond keeping upperclassmen at bay. Most evenings, scholars studied together in supervised study sessions, and they always dined together at Sharples. When one scholar ordered Chinese food, Dorsey asked mentors to prevent such dietary deviations in the future.

“[The scholar] is to be discouraged from attempting to order special take out,” she wrote to mentors. “While I understand he is unhappy with Sharples, there is something to be said for staying the course and being in solidarity with your peers.”

Restrictions on contact with upperclassmen made both Hodge and Tostado-Marquez uncomfortable, to varying degrees. Hodge thought the program should’ve more accurately reflected the freedom of being a college student.

“I think that [the Summer Scholars Program] would do its job much better if it could look more like what Swarthmore College really is,” he said.

Tostado-Marquez agreed with Dorsey that the restrictions helped strengthen bonds among scholars, but he added that “the complete cutting off of ‘no upperclassmen whatsoever’ was a bit extreme.”

However, both mentors interviewed noted that the rule appeared to relax towards the end of the program, and that scholars did get a few chances to interact with upperclassmen. And whatever their thoughts on the rule, most mentors and scholars praised the program overall.

“I think it’s excellent that Swarthmore is trying to put its money where its mouth is in supporting underprivileged students,” Hodge said. “Some of the elements of the program are definitely weird and not-great, but I think that this will go away in the long run.”

CLARIFICATION Nov 2, 9:12 a.m: The program’s purpose to prepare students for college academics was clarified, as well as the fact that mentors supervised them in studying and everyday life.

CLARIFICATION Nov 2, 4:10 p.m: The word “underprivileged” was changed to a description more in line with the program’s intentions.

11 thoughts on “Why Were 2016 “Summer Scholars” Isolated from Upperclassmen?”