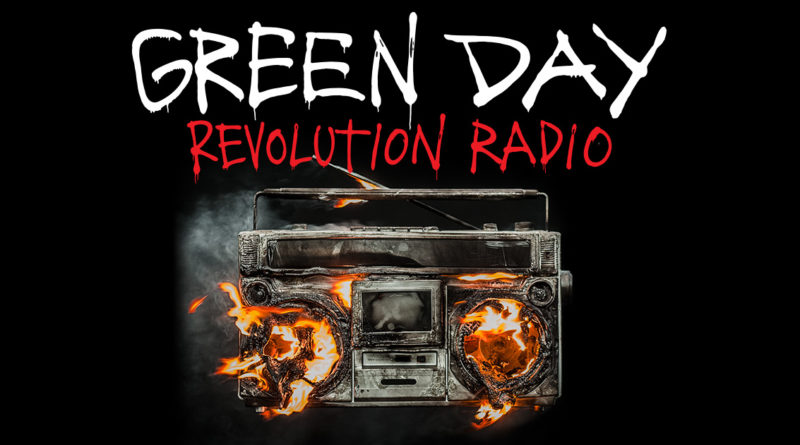 Album Review: ‘Revolution Radio’ — Not Quite the Revolution You’d Hoped For

Ah, Green Day, the band that is Generation Y’s premier rock group, and the band that has been behind the soundtrack to all our favourite childhood memories. We’ve all listened to “Wake Me Up When September Ends” in isolation after a messy pre-teen breakup; we’ve all joined our friends in drunken chants of “Boulevard of Broken Dreams” and “21 Guns;” and we’ve all locked ourselves in our rooms—shielded from the troubles of adolescence—whilst blasting “American Idiot,” or the timeless classic “Holiday,” on loudspeaker.

Disclaimer: the author of this article has done none of the things listed above because (a) he has never been a Green Day fan, and (b) those things just sound ridiculous. Otherwise, they are generally quite relatable experiences.

Revolution Radio takes a chunk of what you would’ve expected of the American rock band, and throws it out the window. Gone are the overly-ambitious rock opera and triple-LP formats; what remains are profound and relevant, if slightly treacly and contrived, political themes, and the seemingly paradoxical combination of dark lyrics and catchy pop-punk hooks.

Before you think this is a blistering criticism of Green Day’s first LP in four years—let me say this: it is their best in years. The back-to-basics approach to the writing and production harks back to the simple days of Dookie (1994)—their universally acclaimed third album. Without the distraction of trying to compile an unnecessarily complicated web of songs, Armstrong and co. are able to focus on creating individually memorable tracks, each worthy of standing on their own, while at the same time fitting together in a cohesive, almost concept album-esque manner.

The album’s opening track, “Somewhere Now,” immediately and effectively sets the tone of the album: plain in style, yet complex in emotion; a hard rock ballad that seems to build on previous efforts such as “Wake Me Up When September Ends,” while taking a few cues from The Who (think Who’s Next’s “Behind Blue Eyes”) and Led Zeppelin. “Bang Bang,” the album’s lead single, has all the conventional Green Day ingredients: Billie Joe Armstrong’s explosive power chords, Tré Cool’s thunderous drum fills, Mike Dirnt’s ever-present and understated bass fills, Ramones-esque call-and-response hollering, and lyrics exhibiting disillusionment with today’s society—elements which they have used time and time again to reaffirm what makes them an undoubtedly good band, just not a great one.

“Outlaws,” another relatively soft ballad, is reminiscent of ‘80s New Wave music (and indeed, it seems as though Armstrong borrowed a hook or two from Spandau Ballet’s “True”), whilst retaining their affinity for dynamic instrumentation. The result: a power pop ballad that is affectionate and surprisingly pleasing to the ears. “Bouncing off the Wall,” on the other hand, is Dookie and Nimrod (1997) through and through — the simple harmonies, easy-to-swallow melodies and hooks, power chords, and the periodic “hey!” all evoke the angsty “punk” bands of the 90s, like Weezer, Sublime, and Blink-182.

Yet this album will confound punk purists, who believe Green Day has no right to call themselves punk rockers. And it is unmistakably more pop than punk—clean-cut, melodic, and mainstream. Green Day has expanded its audience to include not just the angsty teenager and the music aficionado, but the casual listener, and the guy who just has the Billboard Hot 200 playlist on shuffle on Spotify.

Is this such a terrible thing? That’s up for the listener to decide.

Green Day’s Revolution Radio is no revolution—as much as it’d like to be—and changes nothing. Non-fans (like myself) will continue to have a hard time swallowing the pseudo-punk, overly conventional hard rock tracks. Listeners new to the band will either eagerly digest the catchy hooks and melodies that permeate the album, or dismiss it as hackneyed pop music. Devoted fans, however, should have nothing to worry about, since it is the band’s best, most focused album in more than a decade.