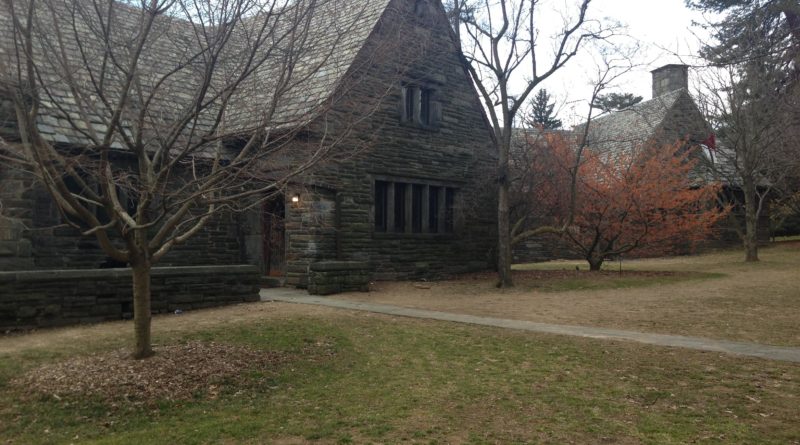 After the Swarthmore Borough Police shut down every party on campus since the First Party, the Supreme Court of Pennsylvania issued a permanent ban on parties—wet and dry—on Swarthmore College’s campus. In a statement to the Phoenix on Friday, the Court declared that anyone that has any affiliation with the party, whether as a host or as an attendee, will be cited mercilessly. The only way, according to Justice Patty Pooper, to erase the citation off the student’s record will be to complete 1,000 hours of community service, attend a 300 hour class on the bad effects of alcohol and drugs, write a 100 page essay on what the student learned in the class, and write a 200 page fictional novel about a college student who ruined his/her/their life due to excessive partying and alcohol usage.

“Essentially, we want to teach these young’uns some life principles,” Pooper said. “Kids these days don’t have the sense of self-discipline that we old people used to have back when we were in college. Back then, we didn’t have parties—we only focused on our studies, and that’s how we succeeded. Take me for an example. I was cooped up in the library every single day and look who I am now: a very successful justice for the court of the great state of Pennsylvania.”

In the new law, the Court defined a “party” as “any form of gathering with complimentary food and/or drinks that aims to provide a fun atmosphere for attendees.” As a result, every type of party on campus, ranging from wet parties such as those hosted by NuWave and Delta Upsilon to dry, substance-free parties like the Peaslee Debate Society barbecue and Kizuna Japanese food parties were all abruptly forced into cancellation. According to Justice Richard “Dick” Nadachill, this new enforcement will have a positive impact in the Swarthmore community.

“College is a place for people to get educated, not to get drunk and hungover,” Nadachill said. “I’m telling you, college students are drinking so much nowadays that they are all going to burn a hole in their livers. And when they are not drinking, they are having stupid small barbecue parties where they have fun and all that jazz. After all the partying, when are they going to study? I mean, these kids are going to be the future of our nation and they’re wasting themselves away at parties! I can already see our country and our world going downhill as soon as they take over the world that people of our generation have worked so hard to perfect.”

Furthermore, the City Government of the Swarthmore Borough decided to award the Policeman David Busterman, who single-handedly shut down three parties at once last Saturday, the Citizen of the Month Award, on the grounds that he has “striven to foster a healthy, academic, and legal atmosphere at Swarthmore College.” Busterman’s award ceremony was held right in front of Clothier Hall, where Paces is located. Attendance was mandatory for every Swarthmore student, faculty member, and staff member.

“I am so honored to accept this award today,” Busterman said. “Swarthmore is known nationwide as a school with an intense academic environment, and one of the best undergraduate institutions in the country. The parties that were occurring frequently across campus were not only contrary to the reputation of the college, but also harmful to the academic life and environment of this beautiful campus. I will continue to make sure parties continue to get shut down and that students are doing nothing but studying. Those of you who are trying to host illegal secret parties: be warned. I will find you, I will cite you, and you will be ruined for life.”

“This is absolute nonsense,” Ma said. “When the same cop is coming to campus three times in the same day, it just goes to show that they have nothing better to do on a Saturday evening. All we want is to have some fun. The Court is adopting an authoritarian tone and treating us in a condescending way, and we will not take it!”

However, despite SGO’s efforts to combat this new law, the Court is showing no signs to overturn its decision any time soon.

“They can try to change our minds,” Pooper said. “But we won’t budge.”

Disclaimer: This is a purely satirical article. Every name, place, event, or any other content mentioned in this article are completely made-up and not true.