News » To Put It Bluntly, No More Tours In Willets 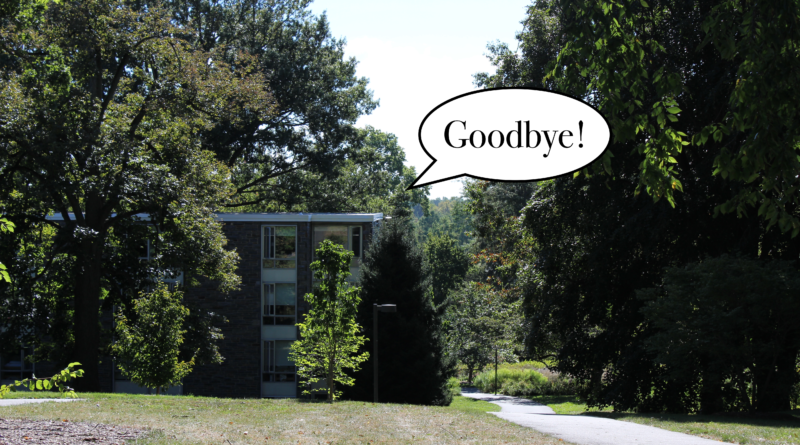 In the wake of alleged complaints about Willets residence hall from visitors, tour guides are no longer allowed to show Willets dorm rooms as part of Swarthmore campus tours. Associate Director for Admissions Communications Tara Eames implemented this recent change and broke the news to tour guides during their fall training session.

The school administration has not clarified the reason behind the restriction, but according to tour guide Jordan Reyes ‘19, Eames said that parents complained of getting a “contact high” from walking through Willets. Eames, however, gave a different explanation for excluding Willets from tours: time constraints that limit visitors to certain residence halls only.

“Dwell, Parrish, and Wharton are close enough to the rest of the tour route to complete the tour on time, while [Willets] would extend the tour beyond the time that is promised to our visitors,” Eames wrote in an email.

To be clear, the admissions office has previously discouraged guides from showing Willets, but this year’s training made that a firm injunction not to, according to tour guides.

Instead of going to Willets, tour guides are now instructed to gather visitors in Wharton Courtyard when discussing student residential life. Dormitories such as Alice Paul, David Kemp, and Mary Lyon, among many others, are also unavailable for touring. The emphasized restriction against Willets, however, came as “shocking news” to Reyes.

Although it is unclear who made the direct restriction against Willets, some tour guides are upset by the change.

“I hate not being able to show my room, because it really means a lot to the students to get to see it, but I do understand the risks that come with bringing prospective families to an unpredictable environment like that,” Nathalie Baer-Chan ‘19 wrote in an email.

Other tour guides are unhappy with the attempt to hide what they say is an integral part of the Swarthmore experience.

As one tour guide wrote in an email, “Over a quarter of the first year class now lives in Willets every year, so what are we saying if we can’t show prospective students the dorm with the highest population of first years?”

Correction 9/14 11:30 a.m: this article originally had Nathalie Baer-Chan’s name misspelled. It has since been edited. We apologize for the error.

Clarification 9/14 1:22 p.m: The article now makes it clear that showing Willets was discouraged before. What has changed is the firmness of the restriction against Willets.

15 thoughts on “To Put It Bluntly, No More Tours In Willets”