Arts & Features » Mr. Robot, Still On Your Side 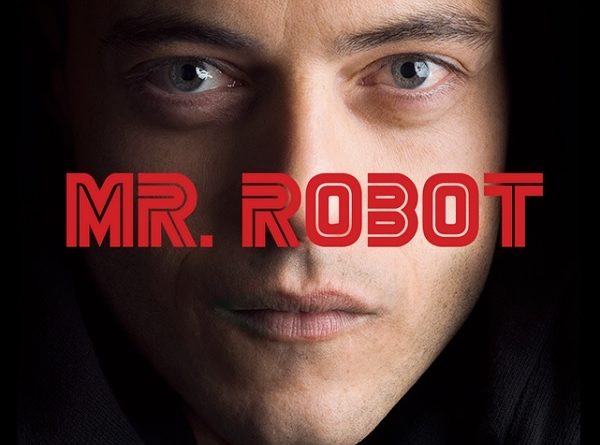 Last summer, I was oblivious to the popularity surrounding Mr. Robot. The show is set in New York City, but in a parallel world. In this world, the U.S. economy is dominated by one conglomerate, E Corp (which many characters in the show perceive as Evil Corp). Mr. Robot features a hacktivist storyline where a group of people try to dismantle the top 1% of the top 1%, who control all of the country’s assets.

The show premiered on USA Network on June 24, 2015. The network does not have the reputation of producing ‘quality’ shows among TV critics and audiences, which are usually seen on channels like ABC, HBO, or on Netflix. Although I saw many commercials promoting Mr. Robot, I ignored these ads because of the network on which it was airing.

It wasn’t until this past summer that I got into Mr. Robot because I wanted to start a new series. I was browsing through Amazon Videos to see if the streaming service added any new series to its options. I came across Mr. Robot and decided to give it a try because it was nominated for best drama series in the Primetime Emmy Awards. I went into viewing the show with few expectations since it does not have as big of a following as other acclaimed shows. For example, Mr. Robot is up against House of Cards and Game of Thrones for best drama, but the latter two shows broadcast on more well-known channels or streaming services.

Immediately, I was invested in the show, largely due to the main character, Elliot Alderson (Rami Malek). Elliot opens the first episode with a soliloquy in which he addresses his imaginary friend. He rants about how an invisible group of people, the aforementioned top percent, is playing the role of God as the rest of society serves this small group’s interests.

After watching the first episode, I could not imagine any other actor playing the role of Elliot. Malek brings peculiarity to the character because of his distinct look and tone of voice. Elliot can be described as a person who goes through life numb, feeling disconnected from world events and the people around him. Malek’s lazy and monotone delivery of lines compliments this characterization. In addition, Elliot’s distance to the world is reinforced through his facial expressions, which are mainly unexpressive.

The audience quickly learns that Elliot is a master at hacking, specifically hacking those around him, whether it be a stranger or a close friend. He does this to cope with his social anxiety, which blocks him from forming meaningful and real connections. Rather than learning about a person through conversation, Elliot will hack social media accounts, bank statements and more to receive information about that person. The ultimate hack, though, is one directed to E Corp.

Elliot meets the leader of “fsociety,” Mr. Robot (Christian Slater), one day on the subway. fsociety is an insurrection group hell-bent on overthrowing E Corp. The group’s goal is to create a new world where the majority is freed from their economic oppression. Because E Corp controls the economy, everyone who has debt will owe the conglomerate. fsociety believes that by taking down E Corp, everyone’s debt will be erased, which will allow everyone to have a fresh start on equal footing. Though reluctant at first, Elliot decides to join fsociety because he identifies with the group’s goal.

Season two is almost coming to a close with only two more episodes left to premiere. I am ready for season two to end because the series’ second season took a slow turn from the momentum it built in season one. While season one focused on hacking E Corp, season two went in another direction to analyze Elliot’s mental state. Mr. Robot is known for deceiving its audience because the main character is an unreliable narrator. I am predicting that the last two episodes will clarify some events and provide closure to the season two storylines. Since season three will not premiere until next summer, I think that everyone should use this waiting period to catch up on the series because it will draw you in with its twisting plots and intriguing characters.