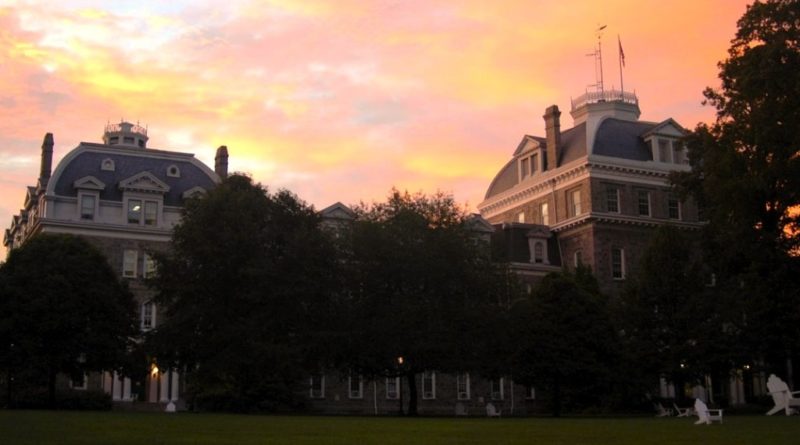 From the beginning of my college application process, financial aid was a central consideration. I dropped out of high school when I was 17. While my teachers and classmates were some of the smartest, kindest, and most caring people I have ever met, my Philly public high school was less than stellar. I was lucky enough to have a mom who let me leave my high school and figure out my own path.

I took out loans to attend an early college program at Bard College and then applied to Swarthmore College. The only way I could afford to apply was through Questbridge Scholars, a scholarship program. The only way I could get state-sponsored financial aid was to transfer my early college credits to my high school for a diploma. The only reason I finished FAFSA stress-free was because my mom was in college at the time and knew how it worked.

In these respects, I was lucky to know how to finagle my way into a financial aid package that my family could afford. These, in and of themselves, were privileges I carried into Swarthmore. I don’t kid myself into thinking I’ve had anywhere near the most difficult time on my path to Swarthmore. But with these experiences on my mind, yesterday’s article “The Admissions Office Doesn’t Care About Your Values” was offensive.

I am the first to acknowledge that Swat was a gift to me. I grew more than I ever imagined possible. I am thankful to the professors, friends, and peers who provided that to me.

Swarthmore’s generosity came at a high price, though. My peers and I spent a significant amount of emotional energy, intellectual thought, and tears during the spring of 2013, my freshman year. That semester was filled with incidents related to sexual assault, divestment, and institutionalized racism. Students felt so entitled to our space they literally pissed on it. I questioned my decision to come to Swat a lot that semester and wondered if the price was worth it.

During my four years I tried hard to choose my battles everyday. Am I going to push back in class when someone makes a racist/classist/sexist comment? Should I Facebook argue with someone about an article they wrote? Call someone out for not saying thank you to Donny for making them food? For people who don’t have to constantly make these decisions, it is hard to understand the exhaustion that emerges from them. Articles like “The Admissions Office Doesn’t Care About Your Values” are dangerous to students’ emotional well-being and health.

My Swarthmore experience was colored by intense feelings of not being smart enough. This aspect of my experience was not fun. It pushed me to do better but left me with an anxiety that never went away. I know many fellow students felt similarly. Students from marginalized backgrounds do not need the added baggage of someone telling them to be thankful their parents pay full tuition. We have enough, trust me.

I will not thank students who had the economic ability to pay full tuition. I refuse. I have spent enough time apologizing to myself for not pushing against a racist comment. For not speaking up in class when I should have. For not applying to things I felt I did not deserve. As much as socioeconomically marginalized students try to resist them, these incidents get under our skin. And they hurt. Every day is already spent feeling guilt for not studying hard enough or not understanding a borderline unintelligible theory. Don’t add to it.

To the students feeling what I felt: I know you try to brush things off your shoulders, but the weight adds up and it is indescribably heavy. You spend enough time questioning the validity of your acceptance to Swat, you don’t need anything extra added to your thoughts. I urge you to do all you can to resist the weight. You are magic. You are beautiful. You deserve to be at Swarthmore. Your thoughts and opinions are valid. They are important. Swarthmore and the world needs them. I want you to keep making jokes, listening to music, and being unapologetic about your existence.

The most important lesson I learned during Spring 2013 was the insurmountable power of coming together with the people who get it. I didn’t get everything when I got to Swat and I certainly don’t now. When my peers wanted to productively come to the table, I learned so much from their experiences and thoughts. Just remember: don’t waste your time trying to argue with a wall when there are plenty of people who get it and are willing to talk. Yesterday was an example of Swarthmore’s best values on display when people rose up and said no.

As an alum I want to say: I am sorry. I know it is not the first time you have been told to be thankful and it will not be the last. A lot of people will feel entitled to ask you for graciousness and, just as you are entitled to be at Swarthmore, I want you to feel entitled to say no. They don’t deserve your magic or your energy.