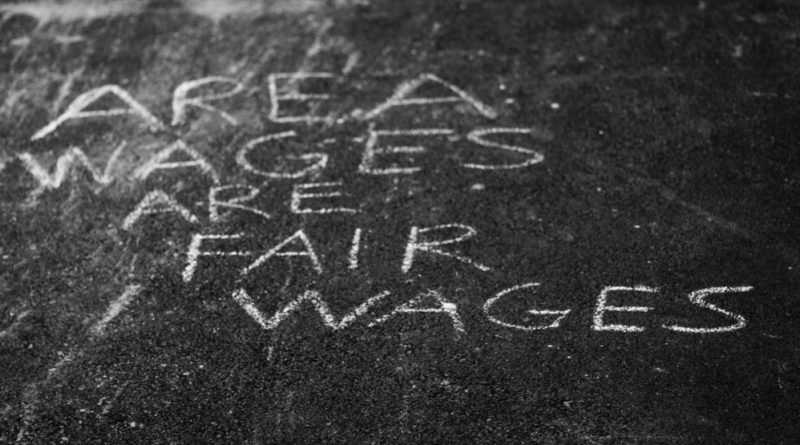 On Thursday, November 13, at the Philadelphia International Airport, Swarthmore students and Au Bon Pain employees wore picket boards that read “Au Bon Pain PHIL does not have a union.” On the sidewalk outside of Terminal B, protesters formed a picket line calling for better wages, a union contract and schedule accommodations.

“At Au Bon Pain, there are numerous workers that have gone five plus years without a raise, and workers who have gone years without having their schedules accommodated,” wrote Blazevic in an email to the Phoenix.

Earlier this year, Philadelphia Mayor Michael A. Nutter released an executive order that required the city’s sub-contractors to raise the minimum wage to $10.88/hour two weeks after the order and $12/hour by January of the coming year.

The document says, “I wholeheartedly support the President’s push for an increase to the federal minimum wage and today, I am answering his call to do what I can to support hardworking Philadelphians.” However, for the employees at Au Bon Pain, this will not be the case for another five years. Because the new living wage only applies to new leases, the living wage will not apply to Au Bon Pain employees until 2019 when the companies first lease expires. Employees thus asked for better wages in advance of the contract’s expiration.

A recent alum, who asked to be referred to as John Smith, who works as a bartender at the airport, contacted Blazevic about helping the Au Bon Pain Smith helped form a union for Philadelphia Concessions Enterprise. As of June, he is now an active member of the Local 274 Philadelphia union, a Unite Here affiliate.

In an email to the Phoenix, Smith wrote, “I was only peripherally involved in the organizing of the rally as a committee leader at another company at the airport that wants to see all airport workers treated with dignity and respect and paid fair wages.”

Blazevic said she was glad to see other workers had gotten involved.

“Workers at businesses throughout the airport want Au Bon Pain to commit to allowing workers the right to choose whether they want a union without having to deal with harassment, intimidation, or interference from higher ups,” she said.

A few weeks ago, the Au Bon Pain employees went public with their intention to form a union. According to Blazevic, the protest sought to raise awareness in the hopes that public pressure might force Au Bon Pain to remain neutral in the employees’ unionization process. Although not currently affiliated, Unite Here has been an active presence in the unionization process. Unite Here is a labor union that represents workers from many backgrounds, most of which come from poverty or have fled repression in their home countries. According to their website, Unite Here fights health and safety violations, sexual harassment, wage theft and disrespect that the workers might face.

In a statement made by Au bon Pain representatives, they felt that Unite Here was forcing workers to unionize and act against the company. The employees are still in the process of solidifying and presenting their next move.