Last week, a chemical spill in Elk River, West Virginia left 300,000 residents without drinkable water.  Authorities took hours to notify residents, many of whom had already drunk or washed with the contaminated water.  When the government lifted the “do not drink” order five days later, visits to the emergency room tripled.  In fact, the government expressed uncertainty about the potential health impacts of the chemical.  Thousands of people throughout nine counties are still reporting severe health effects from the chemical exposure.  This event revealed the oft-ignored fact that safe drinking water is still not guaranteed within U.S. borders.

Poison water is not unfamiliar to West Virginia residents in particular, who daily experience the externalities of mountaintop removal coal mining.  Unsurprisingly, the demand for clean water is therefore longstanding.  A coalition of organizations (under the name Citizen Action for Real Enforcement) petitioned last summer for federal intervention in the West Virginia Department of Environmental Protection.  Attention to this demand grew after the spill, since the event revealed systemic regulatory negligence at the state level.

On Tuesday, Swarthmore students held a vigil in solidarity with West Virginians suffering ongoing effects from the water crisis.     Participants read aloud excerpts of two pieces written by West Virginians about the crisis and held a candlelit moment of silence. This vigil intentionally coincided with a similar event held in Charleston, West Virginia at the state capitol building.  Groups across the country organized over forty such vigils to show solidarity.

All Swarthmore students who attended the vigil are active in ongoing climate justice work.  Many are continuing to advocate for divestment, with their convictions reaffirmed by events such as the West Virginia water crisis.  Additionally, Mountain Justice and Earthlust jointly received a Project Pericles grant last semester of $25,000, which they will be committing to climate justice projects.  Specifically, students are striving to maintain and build relationships with communities directly impacted by the fossil fuel industry, including rural Pennsylvania and Appalachia.  The grant will be dedicated to working in solidarity with the struggles against mountaintop removal coal mining and fracking.

All photos taken by Martin Froger-Silva ’16//The Daily Gazette 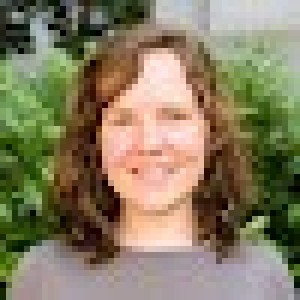