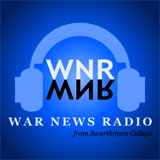 Host Intro: When we think of the Arab Spring, the countries Egypt, Libya, Syria, and Tunisia come to mind. But what about Morocco? Elliana Bisgaard-Church has a conversation with Moroccan political sociologist Younes Abouyoub about the country’s protest groups demanding change, their splits in ideology, and the possibility of a future uprising.

BISGAARD-CHURCH “Touch of Arab Spring Comes Late to Morocco;” “How Morocco Dodged the Arab Spring;” “The Arab Spring May Have Bypassed Morocco, But Its People Are Not Happy”. These are some of the headlines circling around Morocco and the so-called Arab Spring movement. They claim that the protests that spread rapidly throughout the Middle East missed this country. But some people, especially Moroccans themselves, disagree.

ABOUYOUB To say that the “Arab Spring” has bypassed Morocco is not really accurate because the same problems are still there: unemployment, poverty, lack of opportunities for young people, large segments of society suffers from illiteracy (almost 50% of the population is illiterate). So all these issues are still there, and the economy is suffering even more.

BISGAARD-CHURCH That’s Younes Abouyoub, a Moroccan political sociologist and research scholar at Columbia University’s Middle East Institute who believes the Arab Awakening–a label he prefers to the closed time-frame of the term Arab Spring–did occur in Morocco. He also thinks the country could be facing an uprising, and perhaps soon.

ABOUYOUB People are starting to see there is no serious effort by the political class to help the normal citizen, the layman. And they don’t see why they would engage in politics because they can’t do anything through the institutions, so maybe this will push them to the streets. That’s what I see in the future for Morocco. And the government certainly will not do anything so I think the proper explosion is close by.

BISGAARD-CHURCH Abouyoub sees too many problems for Moroccans to leave unaddressed, most resulting from a suffering economy. There are two major groups–the February 20 Movement and the Employed Movement–still actively demanding change in Morocco, yet between them is a split, making significant mass protest difficult.

The February 20 Movement is a political group demanding changes within the government, especially reform towards a true constitutional monarchy. The Employed Movement, on the other hand, mainly exists to demand government jobs and does not consider themselves political. There is no ideological overlap between these two movements, and little coordination.

The issue is thus not that the Arab Spring has bypassed Morocco, but that the two major protest movements are divided. Moreover, the monarchy has managed to strategically quell both groups.

ABOUYOUB What happened in Morocco is that the monarchy was smart enough to preempt it. The king came out and gave a speech, said he’d give concessions (or what was perceived as concessions in the beginning), and granted a new constitution that was tailor-made for the monarchy to keep powers but give the impression that it had surrendered its powers. Because of that, they managed to assuage people’s anger and absorb it for now.

BISGAARD-CHURCH Abouyoub says that the February 20 Movement has started to disintegrate. It has lost support from its two main components–the Islamists and the far leftist Marxists and Communists–but that those that do remain active–the less-organized youth–are becoming more radical, demanding regime change. The Employed Movement, meanwhile, remains stagnant with its purely professional demands.

Overall, Abouyoub sees plenty of spirit in Morocco, witnessing people of all classes and ages supporting the February 20 Movement and many of their political demands, though there is not enough force for action yet. In particular, the divide between the February 20 Movement and the Employed Movement is constraining. Abouyoub explains the main factor necessary for these groups to coordinate and lead to substantial change.

ABOUYOUB It depends on the work of the political movements in Morocco. I personally think that at the end of the day people will connect the dots and they will understand that what they call professional demands are […] part of the political demands. If you want changes at the economic and social level then you need changes at the political level. As long as people don’t connect this you’ll have separate movements […] And this suits the government well as it can be easily co-opted and destroyed.

BISGAARD-CHURCH According to Abouyoub, the monarchy has plenty of experience with corrupting the political system. One of the major flaws he sees is Moroccans’ distrust of politics.

ABOUYOUB For the last 20 years the Moroccan political system has actually destroyed the concept of the ‘political’ in Moroccan society. Most political parties have been co-opted, or destroyed from the inside, to the extent that the political figure for any Moroccan is a corrupt person only there to fulfill its own agenda […] Because of that, it’s very difficult to organize a movement by serious credible political party. Only one that has some sort of political legitimacy is the Justice and Development Movement but it is losing that credibility very fast, because they are not doing anything to help.

BISGAARD-CHURCH Thus, while Abouyoub is hopeful for change in Morocco, believing that the situation is becoming too flawed for inaction, he is also fearful that those who do rise up may not be prepared to guide the country towards a sustainable future.

ABOUYOUB I’m afraid that when this uprising begins in Morocco we won’t find either a political class or intellectual class, the intelligentsia, that will manage to use the anger on the street to transform it to an energy and catalyze that to move the country forward and draft a program to get us out of the situation.

BISGAARD-CHURCH Abouyoub adds one final variable to the mix of factors moving Morocco towards an uprising.

ABOUYOUB The situation in Morocco will also depend on what’s going to happen in the countries next door. If Tunisia move towards a better political system, if Libya gets out of its violence and the conflict still going on there, then I think this will move the whole region towards a better future, but if these two revolutions fail, then I don’t see a bright future for the region, and definitely not for Morocco.

BISGAARD-CHURCH And yet, in the end, Abouyoub is hopeful for the future, believing that if members of the government listen to the demands of the February 20 Movement for constitutional monarchy with the monarchy’s power vastly limited, the country can move towards democracy.

ABOUYOUB Only through that can we move ahead and people can feel seriously that they are true citizens, that their voice counts. So far we are not there yet, we are not really citizens in morocco, we are subjects.

BISGAARD-CHURCH Abouyoub feels strongly that a mass uprising might be just the thing to energize the political class. That would certainly make some new headlines.

One thought on “Morocco Facing an Uprising?”