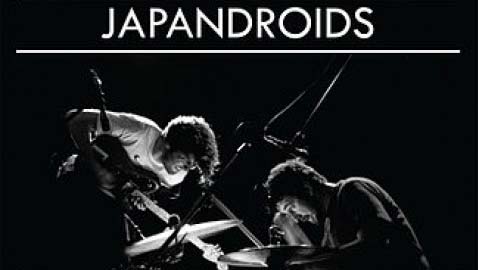 Last year saw the release of many great songs. Punk groups like Japandroids, Cloud Nothings, and the Men had great offerings. Dream pop groups like Beach House and Wild Nothing gave us some new favorites, and on the folkier side, Woods and Father John Misty delivered. Here are my own personal favorite takes of 2012.

25. I’m Not Talking, by A.C. Newman This is the best song off of a mature album from the New Pornographer’s frontman. Riddled with acoustic guitar and flute, A.C. Newman wows listeners. This song also has a great music video with a “Between Two Ferns” influence.

24. No Good, by Starred “No Good” is a minimalistic song with a creative and catchy guitar riff playing throughout. Its moments of silence are just as welcome as the moments including the airy vocals or powerful guitar.

23. Alligator, by The Babies This is the lead song on Our House on a Hill. It is interesting how the chorus speeds up after each time played. “Alligator” has great lyrics and is a great track from the indie-country rock outfit.

22. Ecce Homo, by Titus Andronicus This lead track from Local Business is much more uppity than most angsty Titus songs. It is very fast and full of energy. “Ecce Homo” is a wonderful track from Titus’s bar-singalong album.

21. Hollywood Forever Cemetery Sings, by Father John Misty The former Fleet Foxes drummer dropped a great album this year. This is the best song from it. It is as interesting when there are no vocals or guitars playing as it is when the guitar chords are blasted and Tillman powerfully sings lyrics such as “Jesus Christ Girl! What are people gonna think?”

20. Simple Song, by The Shins Sort of a misnomer … . This song is not simple. Rather, it is one of the Shins’ surefire stadium rock anthems. It is ambitious and has a lot going on, which is a departure from the Shins of old. Of course, this reincarnation of the Shins is much different than the Shins who put out Wincing the Night Away in 2007. But James Mercer, of course, is still around, and the quality of this song and the album (Port Of Morrow) as a whole were to be expected.

19. Time, by Merchandise Heroes of the underground punk scene in Tampa, Merchandise are quickly rising and gaining recognition, especially after 2012’s Children of Desire. With an infectious bass riff and a part of the song with the spotlight shined on the lead guitar, as well as a great chorus, “Time” perfectly encapsulates the essence of Merchandise.

18. Golden Light, by Twin Shadow The lead man of Twin Shadow is a bit of a tool (judging from his novel and the album Confess’ very narcissistic cover), but his music is great. Golden Light is very soulful. The verses are okay, and very soft. But when you get to the chorus, all lights are shown on George Lewis Jr. as he belts out “Some people say there’s a golden light. Are you the golden light?”

17. Size Meets the Sound, by Woods “Size Meets the Sound” is the case of a band built for smaller venues (Woods are very much a country and folk band) deciding to go out of the box and make something completely different. The result is a song with a guitar riff built for the likes of arenas. The riff is very much appealing and addicting to listen to, with a chorus of equal quality.

16. Angels, by The XX “Angels” is a very simplistic, yet heartfelt, song from the XX. The female vocalist’s lyrics paint her as a woman confident in her emotional vulnerability.

15. Heaven, by The Walkmen “Heaven” is a mature effort from the Walkmen. It is a perfect example of the incredible harmony between vocalist Hamilton Leithauser and guitarist Paul Maroon, who’ve been building their chemistry for upwards of a decade. “Heaven” also has one of the best choruses of the year. “Remember, remember. All we fight for!!!”

14. Candy, by The Men It is hard to believe that this song comes from the same band that literally has put out 7 minute songs of just heavy droning guitar noise. Candy demonstrates the songwriting ability of the Men, and sees them take a crack at country. The result is beautiful and liberating.

13. Breakers, by Local Natives “Breakers” is the first single from the upcoming Hummingbird. Local Natives never have a song that sounds similar to their last, and “Breakers” is no exception. The “Ooohhs” of the chorus perfectly compliment the powerful guitars and percussion. The simple verses provide a nice gradual buildup to the primal release of the chorus.

12. What That Was, by Magical Cloudz The Canadian synth/electro-pop outfit gives us a great taste of what they’ve got. Vocals are emotive and powerful. Synths provide a great backdrop.

11. Cold Nites, by How To Dress Well “Cold Nites” is another more electronic song. This song is all about they keyboard pattern that plays throughout and the soulfulness of the vocalist. Great song off of a great album.

10. Doused, by Diiv A pump up song if anything. In an interview, the lead singer said that they used to play this song exclusively live… but didn’t have any lyrics for the song, so he just sort of mumbled into the mic to provide the vocals to make it work. With actual lyrics now, this fast paced guitar driven song sounds like a theme song to a cheetah chasing a gazelle.

9. Yet Again, by Grizzly Bear “Yet Again” is probably the best effort from Shields. Since bandmate Daniel Rossen has been getting a lot of attention with the release of his EP last March, it’s nice to see frontman Ed Droste front a song as good as this. In the same vein as “Ready Able,” “Yet Again” makes introspective lyrics explode outward in the form of well-thought-out and inspired rock music. It contains a very catchy and strong chord progression that seems strong enough to cut through metal. The chorus (and the song) is sprawling yet intimate.

8. Shadow, by Wild Nothing This is the lead track of the stunning Nocturne, released this year by Wild Nothing. While the guitar riff is repetitive, Tatum’s beautiful voice and the overall quality of the song make each time the riff comes around better than the last. It doesn’t get old.

7. Stay Useless, by Cloud Nothings “Stay Useless” is a perfect song for moshing at a concert. The song is constructed in a tight enough mold to allow Baldi to completely rock out while still keeping the essence of the song intact. It’s very angsty, too. But that’s punk for you. “Stay Useless” illustrates just how polished the band has become, and how far they’ve come.

6. Myth, by Beach House The opening track on Bloom, this song showcases Alex Scally’s guitar skills and crashes down on you like a tidal wave. “Myth” is unlike anything Beach House has ever put out. Blissful.

4. Open Your Heart, by The Men This song contains so much heart. It comes at you like a Porsche at 120 mph going around a corner. It doesn’t care about what it is or what it represents. It is just what the Men do best: pure, unfiltered, unadulterated rock music.

3. Feels Like We Only Go Backwards, by Tame Impala Like “Shadow,” this song has a repetitive chorus that gets better each time it plays. Parker’s emotion showcases that inevitably we don’t control what’s going on around us. The bass surprisingly dominates this song, as it has a mind of its own, but still serves its main purpose of keeping the rhythm of the song.

2. Dance For You, by Dirty Projectors “There is an answer. I haven’t found it. But I will keep dancing ’til I do.” That is my favorite lyric of any song this year. For all the pretentious, overly-thought-out songs that this band has devised, the simplest song on their simplest record proves to be their best with the most profound message.

1. The House That Heaven Built, by Japandroids As I watched them perform at Union Transfer at the beginning of December while moshing around with a bunch of twenty-something males fed up with the world and their jobs, there was an incredible moment when a man was on the stage about to jump off the stage into the crowd, a common action taken by crowd members that night. Frontman Brian King was about to unleash the most powerful chord of the song when he suddenly just stopped. Everyone, for a second, was surprised. And then King motioned to the man, who was most perplexed, to jump off the stage. He did so, and right at the apex of his jump, King unleashed the chord, and everyone went nuts. The energy of this song is uncontainable and is filled with so much life. If there’s one song you simply must listen to from 2012, this would be it.