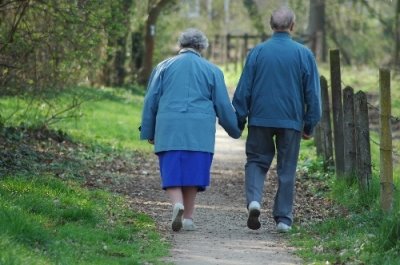 Around Campus Campus Journal
September 5, 2012 Jeannette Leopold 0 Comment art, orientation, play, theatre
Those not fortunate enough to get a coveted wristband for admission to the Orientation Play missed seeing Andrew Dorrance ’15, as the RA, sweep across the stage in a long red cape; they missed an inspiring performance by Josh McLucas ’15, who pulled tremendous depth into a character probably written for comic relief; they missed hilarious Boy Meets Tractor-style movies, and ultimately they missed one of the most heavily attended theatrical events at Swarthmore.
The play, directed by Elliot Weiser ’13 and Patrick Ross ’15 and stage-managed by Supriya Davis, starred ten actors who ranged wildly in acting experience, from senior honors theater majors to undeclared sophomores. The show opened to a packed house and closed to a partial standing ovation.
While the script of the play is essentially the same from year to year, the show changes dramatically because of the interpretations that each new actor and actress brings to his or her character.Particularly interesting this year was Meryl Sands ’13’s performance as Christina Martinez, the hipster whose boyfriend dumps her via text message. Sands, who self-identifies as queer, played a character who is uncomfortable when she finds out that her roommate Avery (Audrey Edelstein ‘15) is gay.“It’s not so much that she’s homophobic, it’s just that she never thought that a queer person would be her roommate,” Sands said. She explained that while Christina was comfortable with the idea of a gay person, she wondered if it would be weird simply because they were living together. “It’s a conversation a lot of people have to have,” Sands continued. “I hope we’ve demonstrated to the incoming class one way that we can deal with it.”Another issue that the play dealt with was sex. Allison McKinnon ’13 played the ultra hot, sex-loving Stephanie. Her roommate, Anne (Kimaya Diggs ’15) is a much more conservative character. Stephanie would pick up random guys on the way home from class and sexile Anne. This behavior resulted in a great deal of tension between the roommates, and the RA eventually had to step in to emphasize that situations like this are one reason to make a roommate contract.

Anne, meanwhile, develops a loving and adorable relationship with Phil (Daniel Cho ’15). Their love is less sexual than Stephanie’s and elicited many “awws” from the audience.

The plot of the play is supposedly about the “admissions mistake,” or the idea that one freshman was admitted by accident and does not belong at Swarthmore. Preston Cooper ‘15 played the devious Dean Durgin, the Deputy Dean of Admissions charged with finding the mistake. However, the majority of the play is more focused on roommate relationships, and in particular, the fact that everyone has some sort of insecurity or issue in their life, just as everyone has value and something to offer.

One roommate relationship, Fred (Navin Subharwal ‘14) and Derrick (Abigail Henderson ‘14), highlights the way in which two people who are socially very different can help each other out. Fred is nerdy; he likes to study and cannot imagine partying on a Thursday night. Derrick is a bro who would much rather get wasted than go to a study session. In one of the opening scenes of the play, the audience sees Fred worry that he will not ever have a social life unless he goes to Derrick’s party. At the same time, Derrick worries that he will fail out of school unless he goes to Fred’s study session.

“I think that the play’s humor provides a great outlet for a lot of the tension resulting from joining this new and diverse social environment,” said McKinnon. A lot of people might worry that if they do not start studying or partying now, it will never happen. By exaggerating that fear, the play shows its absurdity and hopefully helps to alleviate some anxiety.

McLucas played Lesley, a character whom many Swatties can relate to: the overachiever. He walked onstage in a business suit pushing a shopping cart full of books, and stated that he was going to major in everything. McLucas’ character cascaded from intensely focused to certifiably insane. At the first Paces party he got wasted and embarrassed himself in front of the girl he liked — a situation that many Swatties, not to mention college students everywhere, can probably relate to.

When asked what challenges he faced in directing this play, Weiser said, “The challenge was the fact that it all happened in a week. It’s a short amount of time to pull this disaster piece together but it came together well.”