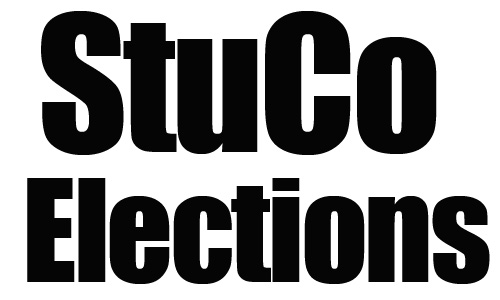 Student Council has been operating at half capacity ever since accusations about the constitutionality of the most recent election, which took place in late spring, caused StuCo to void all the results. At each election five of the ten positions are up for consideration, and so at this time only five positions remain filled.

After the election, one of the co-presidential candidates appealed the results, claiming that there had been “voter intimidation” and that the campaigning period had been shorter than the two-weeks stipulated in the constitution. An emergency meeting, which Secretary Sarah Dwider ’13 says was unpublicized, was called to respond to the allegations. The accusing candidate was present; the accused candidate was not.

At the contentious meeting, says Dwider, it was determined that evidence of any “intimdation” was insufficient to come to a decision. However, on consideration of the two-week rule, which, Dwider says, was a “technicality” that “had only spottily been followed in the past,” StuCo decided that the entire election had to be annulled. The votes at the meeting were off the record. Indeed at all emergency StuCo meetings, no minutes are recorded.

Capone says that StuCo’s top priority is getting elections going, and Secretary Sarah Dwider ’13 says the team is looking forward to have all seats filled. Dwider explains that with the election announcement going out the first week of classes and the elections themselves scheduled just two weeks later, StuCo will be filling these positions on the most aggressive schedule possible.

Both Capone and Dwider expressed confidence in StuCo’s ability to function at half-capacity. Dwider calls the scandal “a hiccup more than a huge setback.” Both denied that any projects would be negatively affected and that administration relations would be strained. The five current members have been in conversation throughout the summer.

As Capone stated in her most recent email, a seemingly unfazed StuCo wants to “undertake larger initiatives in addition to handling our other duties.”

Election bylaws will be a major topic of discussion at the first StuCo meeting of the semester, which will take place, as usual, on Sunday in the Parrish Parlors. In this unique situation, a lot of ambiguity remains about how to carry out the upcoming elections.

“The constitution only provides so much information for holding the elections, and even less info for emergency elections,” Capone said.

An election committee, made up of Dwider, Ali Roseberry-Polier ’14, and Ian Anderson ’13, continues to work to develop constitutional revisions. Dwider says that the two-week period may be reduced, encapsulating the informal precedent of elections past.

Dwider concedes that StuCo will need to improve its election oversight in order to prevent future election fraud. One idea is to date all the ballots, so that if intimidation occurs on a single day, the problem can be isolated and election cancelations kept to a minimum.

Continued concerns about low turnout plague this election as well. As Dwider puts it, “low turnout puts a dent in legitimacy of our elections.”

Retraction: As of this time, The Daily Gazette has decided to retract the name of the accused Co-Presidential candidate until we have further investigated the void election of last spring.

Correction: The previous version of this article stated that the election was void because of “voter intimidation.” The Daily Gazette has changed this to “campaigning at the voting booth” to more accurately reflect the accusation.

Correction: The previous versions inaccurately suggested that the election had been voided due to allegations of “voter intimidation,” which has alternatively been referred to as “campaigning at the voting booth.” In reality, although StuCo considered such allegations at an emergency meeting, they voted to cancel the election due specifically to the unconstitutionality of the short waiting period. All descriptions of the election cancellation have been revised to reflect this reality.

0 thoughts on “StuCo Focused on Filling Vacancies, Moving On to Bigger Things”