“The money allocated to law enforcement institutions is not being used to serve and protect the community, but to terrorize them, thus making them ineffective… They have the persona of being a militarized, occupying force…” said Charles K. Hopkins, a formerly incarcerated inmate and a member of the Rikers Debate Team, in his opening statement at the virtual demonstration debate held on August 17th by the Amos J. Peaslee Debate Society and the Rikers Debate Project (RDP). This event was Peaslee’s second debate with RDP — the first occurred in November 2019 — and their first-ever virtual debate.

This debate between RDP and Swarthmore is the third demonstration debate in RDP’s George Floyd Protest Debate Series, following the RDP’s debates with Columbia and Harvard University. RDP’s Executive Director, Josh Morrison, decided to create the RDP as a permanent debate program at Rikers in 2016 after witnessing the debate team from the George R. Vierno Center, a correctional facility on the island, beat Columbia University’s debate team.

Recently, the RDP created a fellowship program for their formerly incarcerated members to continue debating in demonstration debates across the country’s colleges. This debate at Swarthmore was one of these demonstrations.

RDP’s debate with Peaslee centered around the argument of whether the government should reduce policing budgets by more than 50 percent and reinvest the funding in ways that reduce crime, violence, and injustice in society. Consistent with the organization’s focus on civic and sociopolitical issues, the RDP decided to center this debate series around popular questions sparked by the murders of George Floyd, Breonna Taylor, among many others in the past year.

The debate consisted of two teams, the Government supporting the budget cuts, and the Opposition, each with a formerly incarcerated debater working with the Rikers Debate Project and a current Swarthmore student in the Peaslee Debate Society. Neither team knew which side they were debating until the event’s start, though they were all aware of the topic. The judging panel consisted of four Swarthmore professors and two others: Farha Ghannam (Chair of Sociology and Anthropology Department), Nina Johnson (Associate Professor of Sociology and Anthropology), Shani Evans (Visiting Assistant Professor of Sociology and Anthropology), Krista Thomason (Associate Professor of Philosophy), Julie Baker (former Peaslee president), and Joel Lawson (private investor and finance chair of the Mission First Housing Group).

Hopkins, who partnered with Swarthmore student and three-year member of the Peaslee Debate Society, Gillian Zipursky ’21, kicked off the debate by introducing their two main arguments supporting the government reducing police budgets by more than 50 percent: first, the money being allocated to law enforcement institutions is not being used to protect communities but to terrorize them; and second, that law enforcement institutions only devote 5 percent of their resources to fight serious crime, while the rest of their resources are being directed towards social activity.

Michael Holder, another RDP member and a formerly incarcerated inmate who partnered with Parker Snipes ’21 in representing the opposition, then gave his opening statements.

“Police do essential work. They save countless lives, and they play an essential law enforcement role within the community. There was a time in New York City where people couldn’t walk down the streets without getting robbed, shot, or brutalized by criminals within the community. Just from the police’s presence, crime in the 90s until now has dropped dramatically,” Holder said.

He continued to urge the Government side and the audience to consider the importance of the police and to imagine a world without them.

“Any kind of meaningful reform [within the police] requires funding for hiring and training. This would be impossible if there are significant budget cuts…What will follow after less officers are hired and put into areas to help curb crime?” Turner asked.

After their Swarthmore counterparts exchanged words, and each team offered their own conclusion statements, the judges left to breakout rooms to discuss their thoughts and votes. Audience members were also able to vote, with the majority vote counting as one vote. In the end, the Government side supporting the decision to defund the police won by 4 to 3, with Shani Evans, Nina Johnson, Julie Baker, and Joel Lawson in support of defunding, while Farha Ghannam and Krista Thomason voted for the opposition. The audience’s majority vote is also counted as a person’s vote in case of a tie. The audience ended up voting for the opposition.

Thomason elaborated that her decision revolved around the question of what defunding the police would look like.

“One of the other judges mentioned that there are some analogous cases of defunding. So, when you think of defunding education, you think oh no that’s not a good thing. I have many friends who are teachers at public schools, and they have been struggling with shoestring budgets for a long time. If that’s what defunding looks like, I don’t think that’s a good idea. So this debate, to me, hangs on the question of what defunding starts to look like and what the next steps and alternatives will be. And, to me, the opposition brought that question up,” Thomason explained.

Dr. Farha Ghannam, Professor and Chair of the Sociology and Anthropology Department, also voted for the opposition because of similar reasons.

“I thought that the opposition team just made it a little more complicated by thinking about what it means to defund the police. How they focused their attention on other structures in a way [that] made me think, is the police the cause of racism or is their brutality a symptom of racism? And so the second team was heading in that direction,” said Ghannam.

This virtual debate was the first online debating experience for the participants and was the first time many Peaslee members have organized a virtual event. Despite the team’s unfamiliarity with online debates, Megan Wu ’23, Vice President of Operations for Peaslee, coaches and judges debates online regularly. Wu mentioned that online debates are more accessible, and RDP has been able to run debates with colleges on the West Coast. However, poor audio quality and bad internet are still obstacles for many students. In fact, due to internet issues and time-zone differences, the format of the debate between Rikers and Peaslee was reduced from a three-versus-three debate to a two-versus-two.

Snipes, who represented the opposition in this debate, has done a few virtual debates before, but this was his first time with a live audience.

“It’s a world of difference. For one thing, normally you would have judges, you know, you’re watching the judge, you’re looking up and watching the judges every few seconds to see how they’re taking your argument…to make sure you’re not saying something or if you need to clarify on Zoom, that’s practically impossible,” says Snipes.

Zipursky, a three-year member of the Peaslee Debate Society who partnered with Charles Hopkins representing the Government supporting the budget cuts, did not have much trouble with the online format.

“I think, in terms of mechanics, it is smoother than one might expect. It is easy to just set it up and have everyone here. But, it is definitely different in terms of partner dynamics, and a lot of debate is about post-round and pre-round social stuff, which is obviously less in online contexts,” she said.

This debate was the second Rikers Debate for Zipursky. To her, the RDP debates provide a unique experience to the typical tournaments Peaslee participates in as part of the American Parliamentary Debate Association (ADPA).

“There is a dual importance [to Rikers Debates and other similar events]. First, in college debate, people talk a lot about criminal justice issues and racial issues, but a lot of the time, the people talking about it …  do not know as much about what it is like to be affected by the things that they are talking about. This is not universally true … it is true that [Rikers debaters] are more affected by these things and, therefore, their contributions are going to be both different and useful,” Zipursky said. “The second thing is more [about] the people in Rikers that we heard a lot of stuff about: how teaching advocacy, research skills, and seeing both sides of arguments is very empowering to them.”

Charles Hopkins, a member of the Government team, was released from a correctional facility in Maryland in December 2019, having been released in December 2019. He initially joined the debating program when the Rikers Debate Project came to his facility in Maryland two years ago as part of their expansion. Since his release, he has continued to be a part of the Rikers Debate Project as a fellow, travelling across the country and participating in demonstration debates like this one with Swarthmore.

In an interview with The Phoenix, Charles Hopkins also emphasized how debating has empowered him and other incarcerated people.

“I find myself in an environment where I can express myself and my views on social issues. This debate process allows me to be objective to see and understand my opponent’s position and be able to be persuasive enough to give my information and leave knowing that I represented the issue,” Hopkins said. “This process right here has allowed me and other fellows to have confidence in terms of how we approach social issues.”

RDP generally has 40+ regularly-involved volunteers, 100+ students, and at least two fellows at any given time in RDP. Fellows are formerly incarcerated individuals, and they may be a former student with RDP.

Moving forward, the RDP plans to make changes to its leadership and continue holding demonstration debates to raise awareness.

“One thing that we set a goal for the next year is to have someone be the president of our program who themselves is formerly incarcerated. So, we think that we want to be practicing what we preach there. We also want to continue doing these demonstration debates and expanding them. With the George Floyd debates, we want to turn them into a permanent series and have that be really something that has a strong degree of esteem and prestige,” said Morrison.

These goals will follow many of the RDP’s accomplishments in raising social awareness. Earlier this year, RDP contacted AOP’s office and successfully convinced her to get people out of jail. One of their fellows, Camilla Broderick, also published a piece in City & State arguing to release more people.

The RDP’s next demonstration debate will be held with NYU about defunding the New York City Department of Corrections. 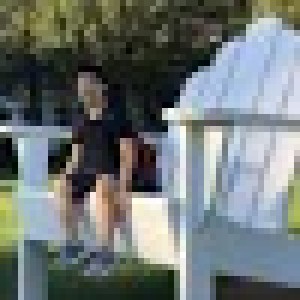