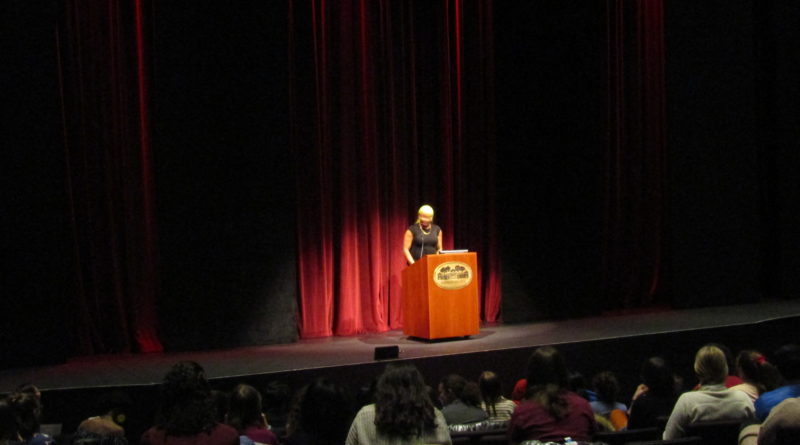 On March 23, the college held its first ever Womxn’s Leadership Summit. The summit was themed around the idea of a “Brave You”, with bravery representing growth, authenticity, and strength. The event featured alumni, faculty and staff speakers, as well as guests such as activist CeCe McDonald and musician Cecily Bumbray.

The summit was originally proposed by Jasmine Rashid ’18, Meghan Kelly ’18, Niyah Dantzler ’18, and Samira Saunders ’18, as a way to draw attention to the women alumni of Swarthmore. After their graduation, these members of the class of 2018 passed their idea to this year’s organizers, who include Guinevere Mesh ’19, JJ Zeng ’19, Karen Avila ’20, Lily Fornof ’20, Belle Andrews ’20, Joy George ’20, Lauren Savo ’20, and Susan Gonzalez ’19.

The summit was divided into three sessions with different events. There were workshops and events such as “Womxn of Color in Art Panel,” “The Messy Desk,” “Cecily Bumbray ’12 Performance,” “Solidarity Beyond Borders: Transnational Resistance As Healing” and “Intersex Awareness.”

Gonzalez believes that the purpose of the summit is to foster conversations between women about issues such as identity and prejudice.

“The summit was to create a space for women to both reflect but also talk to each other about what they stand for and what they believe in, and also to acknowledge the difficulties that come with that,” said Gonzalez. “For example one session was about moral courage and talking about difficult decisions and different viewpoints, and as a woman you’re in a particular position of potentially a power imbalance, where staying true to your values may feel more challenging than if you weren’t a woman, or didn’t hold this identity.”

Gonzalez specified that one of the goals of the summit was to uplift female alums and grant them formal recognition by the school.

“[We] were really concerned about how Swarthmore as an institution didn’t really have as much formal recognition for our women alumni, and so [we] started to have this vision about having some sort of summit to sort of uplift and celebrate that,” said Gonzalez. “It evolved … to not just be about celebrating women’s accomplishments but also to be a time and space to think about our values as women and our potential as women, as well.”

The event had 90 attendants while over 100 people attending the speaker event featuring McDonald. McDonald, a transgender activist, survived a white supremacist and transphobic attack in 2011, but was later charged with second degree manslaughter for defending herself. She spent nineteen months in prison as a result of her conviction. Her talk was titled “Living your best life: How to beat the CIStem.”

“CeCe McDonald, her talk was extremely dynamic,” said Gonzalez. “When we were thinking about who to invite from beyond campus, we wanted to choose someone who had a message that was aligned with our conference and CeCe McDonald embodies a lot of bravery given what she has been through.”

One of the main goals of the summit was to highlight a variety of perspectives, in addition to promoting three main principles: essence, potential, and truth.

Gonzalez said that her favorite event was the performance of Bumbray, a Swarthmore alum of 2012.

“For me one of the most exciting things was Cecily Bumbray’s performance, which was at the end of the day,” said Gonzalez. “She talked about the stories behind her songs and the inspiration for them and how a lot of it was all related to her sense of self and her bravery. To have her art and her stories really align with our whole message, which was feeling confident and excited about what you believe in and what you stand for and feeling brave enough to pursue your dreams – it really was inspiring to hear from her.”

Savo, another one of the organizers and attendees, also found Bumbray’s performance to be powerful.

“For me, that event really made me feel, both spiritually and physically, the goals we tried to create for this summit,” said Savo. “I could feel the vibrations of the bass and drums run through me. Cecily’s voice took me somewhere else, and all I had to do was close my eyes and let myself be with her and the music. That performance was a grounding experience for me, one that I haven’t felt in a while.”

Lucy Jones ’20, another attendee, highlighted her experience at “The Messy Desk”, a workshop in the second session.

“I attended the workshop ‘The Messy Desk’ led by Hillary Grumbine. She started the workshop with an exercise, which led to a discussion and then she gave a short presentation on trauma and the brain. I found this workshop very interesting both personally and as someone who works with issues of sexual assault prevention and education in the WRC. The workshop was well attended, and included some alumnis from various years, students, and members of EVS!”

Both Gonzalez and Savo are confident that another summit will happen in the near future.

“The feedback we got [from] our response survey and the conversations I had with individuals after the conference leads me to believe that this simply needs to happen again. I feel as if there is a huge disconnect between alum[s], administration, and students and this summit helps bridge that disconnect,” said Savo. “Having the Swarthmore Womxn’s Leadership Summit repeatedly in the future provides an amazing opportunity for individuals to experience the power of collaboration and intentionality.”

“I think the summit was excellently planned and went very well–I heard from multiple people, especially alums, how great it was to have this womxn-centric day with so many different opportunities and events,” said Jones. “I heard a lot of good things from people who were able to attend more of the event, and I hope this happens every year.”