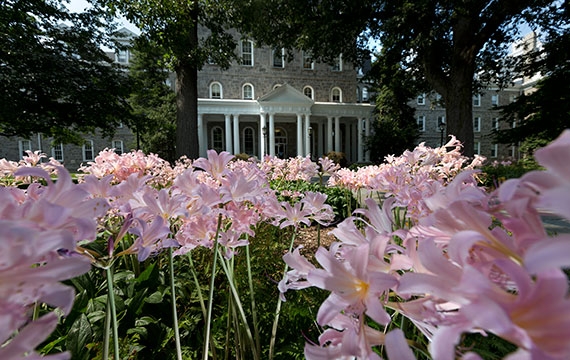 Lately, I’ve been turning this phrase over and over in my head, trying to make sense of it. I suppose it has always somewhat been a part of life, a harmless phrase repeated to us from a young age meant to push us a little harder every day. After all, it seems to describe the attitude of many students at Swat — sleep and rest is not as important as getting as much work done as possible. Always being ‘on’, always doing some kind of work, and being available to friends, family, and professors has become the norm, especially with the widespread use of phones with which we can track each other within a couple of seconds. Falling off the grid for even a couple minutes can feel suffocating, as though being out of touch with the everything except for your immediate surroundings is actually a fear we have cultivated somewhere deep down.

Even though many recognize constantly driven and passionate work ethic and availability is not sustainable, we keep encouraging it, and at this point, just expecting it from others. When people step back from work, they are seen as falling short of their full potential. Perhaps they miss out on advancements or perfect grades, but for the most part, at least those people have found happiness. At least the people who can tell the difference between pushing oneself and working their fingers to the bone tend to have a sense of self and stability that remains, for the most part, unshakeable.

The idea of stretching ourselves too thin or taking on more than we can handle is almost romanticized today. There always seems to be a million clubs to join, jobs to work, and classes to take. Plus there’s the social life aspect to individual’s lives — planning lunches, going out to get plastered, keeping up with old friends while trying to meet new ones. And on top of all of that, there’s still our physical and mental health that you need to remember to take care of. So suddenly, it may feel like you’re juggling all these different aspects of your life, and yet, the pressure to take on more is unshakeable. Emails announcing more events and clubs, Facebook, and Instagram reminding you of social obligations tend to crowd out the fundamental need we have to take care of ourselves, and so you might take on more. Eventually, you might be juggling so many things that you don’t even remember that you have your personal mental and physical health still sitting in your pile of ‘to-dos’. And however detrimental and damaging that may be, it is the culture we have cultivated today in America, and the one that always seems very apparent on Swat’s campus.

America prides itself in the idea that if you work hard enough, any dream you have can be achieved. And while this may have been true at one time, today, achieving your dreams also certainly requires luck, winning the birth lottery, and knowing the right people. But because there is such a go-getter ideology implanted in Americans and visitors alike, the idea that working ourselves to the bone to reach our goals is seductive enough that we fall for it. Yet it is unsustainable. Juggling too many things and trying to keep up with the numerous responsibilities required from all your commitments can more often than not have a deeply negative impact on your own health, which then consequently causes everything else to come crashing down.

My first two years at Swat, I slowly but surely stacked up commitments until I reached the point that I could not even list what they were. I tried to juggle all these extracurriculars with a five-course load and a plethora of friends, and suddenly, I wound up alone in my room for days at a time for the sheer fact that I could not move. The responsibilities I felt tied to were so overwhelming that they felt as though they were physically weighing me down. And the mere fact that I could not move and deal with all of them felt like a sure sign of personal failure.

I knew I had to make a change when I felt that I was not living my life anymore. I felt as though my daily actions and decisions were not made by me for me, but rather by me for a future self that would be happy once I found ‘success’. I didn’t want to live a life where I waited for peace of mind and feeling fulfilled. I could no longer go on living day to day, just trying to survive until all my hard work finally delivered ‘success’. I escaped this mindset only because it completely broke me down. It emptied me out and made me forget who I was – my personality, confidence and persona were all scrubbed away after being run to the ground with a work schedule that hardly gave me room to breathe.

If I’ve learned anything in the time since, it’s that taking a break and giving myself space to do nothing can be the most vital and important thing in the world. It has not only grounded me and my health, but also the people around me and my various responsibilities.

Being overwhelmed and having too much on your plate may feel like a rather normal and sane thing to do. At times, it may even feel like the only thing to do. But I strongly believe we need to rethink the old motto of sleeping when you’re dead. The beauty of living, right now, is that you can sleep and still experience the full joys of life if you can just strike the right balance. And striking that balance is what we should be aiming for, not working ourselves to nothingness.