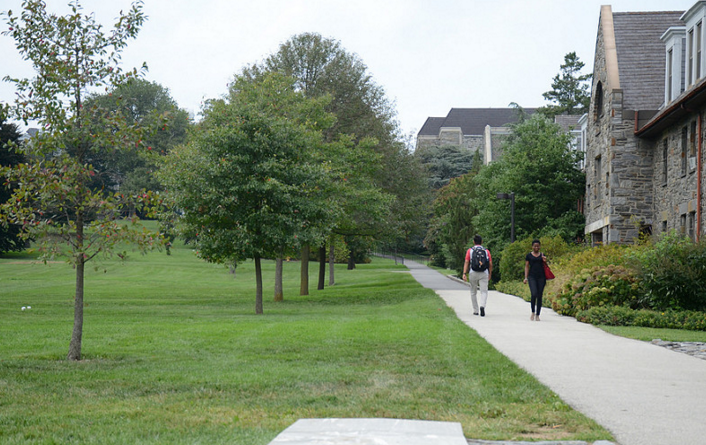 Student Government Organization (SGO) is reforming its policies, and appointing new members to several open positions in a special election after a recent sweep of impeachments and resignations. After the most recent departures as reported by the Phoenix, Dawson Epstein ’21 was promoted to interim Appointments Chair and Zachary Lytle ’21 resigned, opening two At-Large-Senator positions. The current openings include two at-large senators, two class of 2020 senators, the Chair of Student Outreach, and the Chair of Environmental Affairs. In an effort to promote more diversity, SGO will allow all Swarthmore students to apply for these positions, which will be appointed by the body of SGO.

According to Chair of Student Organizations Akshay Srinivasan ’21, the typical spring reappointment process would give the SGO president the ability to appoint people to the open positions.

“The way it stands in the constitution right now, [the SGO president] can appoint people to these [positions] with consent of the executive board,” Srinivasan said. “But it basically gives [the president] a lot of discretion.”

Srinivasan also explained that SGO is trying to make their processes more clear and open to the rest of the student body. He explained that the re-appointment process would reflect this desire for transparency. Additionally, they decided to stray from the procedures the constitution outlines due to the number of vacancies within SGO.

“It’s better to be more transparent about how we’re doing it, so what we’re going to do is allow people to apply for the position…and they’ll come in to talk to us about what their platform is, and then we’ll make decisions based on that as an entire body,” Srinivasan said.

SGO also wishes to diversify its current body, as, according to Srinivasan, its members feel that crucial viewpoints are missing. To ameliorate this lack of diversity, SGO is reaching out to a variety of groups on campus to request candidates.

“Kat and Gilbert reached out to the Intercultural Center/Black Cultural Center coalition and a lot of the individual groups in there to request members, and that’s how we got a few of the candidates we’re already considering,” Srinivasan said. “We’ve talked to all-women’s groups on campus, [and] we’ve talked to a few administrators about candidates we want.”

Gilbert Orbea ’19, President of SGO, and  Katherine Capossela ’21, Vice President of SGO, are currently collaborating with the IC/BCC coalition to create permanent relationships with several different affinity groups. Though the diversification process only began recently, SGO has seen a great spike in diversity among candidates.

“We’re already seeing great numbers of diverse candidates for the appointment openings. 77 percent of the current candidate pool is female and/or people of color. It’s very exciting to have so many great, enthusiastic people running, and we hope our outreach this semester increases that visibility in time for people to consider running in our elections for next year’s SGO.”

The candidates chosen in the re-appointment process will serve until the spring elections, when positions will be elected for the following year.

SGO is also adjusting several of its policies and protocols to prevent these impeachments from happening again. In addition to implementing a more strict attendance policy, SGO hopes to change meeting protocol to promote efficiency and equality.

“[We’re] working on the structure of the meetings. The truth is a lot of SGO’s Sunday meetings previously weren’t very productive,” Srinivasan said. “So what we’re focusing on is, one, making them longer and more frequent, which allows us to add in things like icebreakers, which may seem trivial but are actually pretty effective, and also getting more individual people talking about different initiatives in a meeting.”

SGO is also now requiring a higher level of commitment from its members. While last year the senate met for one hour every two weeks, this semester the senate meets for an hour and 15 minutes every week.

“To ensure our student government has the framework to do good and diligent work, we’ve expanded commitment requirements quite significantly this semester, which resulted in many people having to review their priorities and make adjustments as needed,” Katherine Capossela ’21 and Gilbert Orbea ’19 said. “We’ve already have a great number of people interested in filling voids, suggesting the extra time commitment is paying off and other people are eager to join in.”

SGO is also hoping more students will run for positions in the spring elections, as competition incentivizes those running to be more committed and involved.

“[We’re] trying to get more people interested in the Spring elections, because obviously if you’re uncontested it feels like you don’t have any incentives to do anything … a lot of people who do the best work tend to be the freshman, people who had a lot of competition and things like that.”

Though Srinivasan admits that reforming SGO’s policies and protocols is a daunting task, he is optimistic about the future of SGO.

“Overall it’s a big task, but what we’re working on is just, first, making the attendance policy clear, which I think has been made clear; and the second thing is just working on a shift in the environment.”