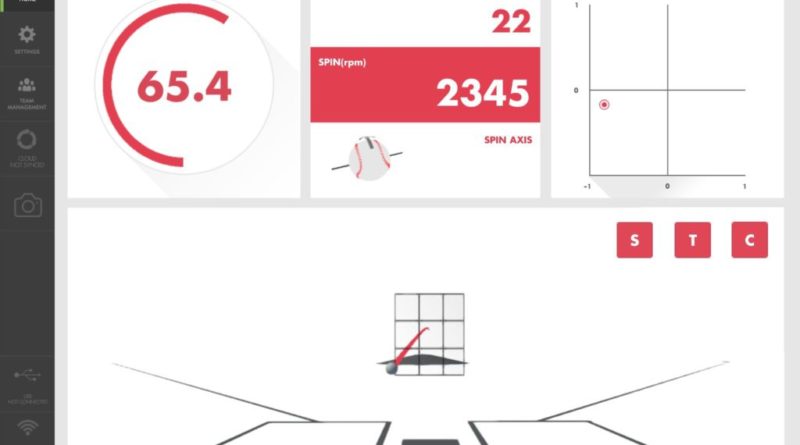 Over the past several years, the art of throwing a baseball has undergone some pretty drastic changes. When it comes to both training and mechanics — the actual technique used to throw a pitch — a new wave of science and technology has arrived that has replaced some traditional methods. For the last century, the method of efficiently projecting a baseball out of one’s hand, as well as the methods of training to do so, had held steady up until now. As a result of new technology, training methods, and better sports medicine, pitchers are throwing harder than ever.

Although high velocity is no doubt a benefit to have as a pitcher, with this new generation of players that light up the radar gun, scouts are finding it more difficult to separate the throwers from the pitchers. By this, I mean that while some pitchers throw hard, that does not necessarily mean they are effective at getting hitters out. These pitchers still need movement, command, and deception in a wide arsenal of pitches.

Essentially, as pitchers have adapted to throw harder, the way we evaluate pitchers needed to adapt as well. As a result, more and more analysts have begun to hype up a new metric: spin rate. Spin rates measures what it sounds like: the amount of times a baseball spins around its axis. It is usually measured in rotations per minute.

Due to a large amount of very recent research regarding spin rate as a metric, we can now use spin rates and spin efficiencies to determine which pitchers and pitches are more effective and how they can increase movement on a variety of pitches. We have discovered something that at least helps us begin separating the throwers from the pitchers.

When a ball is spinning upward, the pressure on the bottom of the ball overcomes the pressure on the top, causing the ball to rise. However, since the force of gravity is relatively strong, the ball doesn’t actually rise; it just sinks at a rate slower than a fastball with no spin. Since a ball with high spin rate sinks slower, it gives the illusion that the ball is “rising,” making it more difficult for the hitter to hit. A ball with a very low spin rate sinks faster, giving the illusion that the ball is “diving” downwards, making it tougher to hit. Fastballs with an average spin rate, which in the MLB is 2200 rpm, experience less illusion, making them easier to hit.

It is most important to look at velocity in the context of spin rate. Kyle Boddy, founder of Driveline Baseball, is responsible for the new wave of training methods that attempt to increase velocity. One of his pupils is Trevor Bauer, pitcher for the Cleveland Indians. In honor of Bauer, Boddy and his team have invented the Bauer unit, which is simply spin rate in rpm divided by velocity. They found that the average velocity of a major league fastball is 92 mph with an average spin rate of 2200 rpm. This comes to about 24 Bauer units.

Essentially, it is better to have a very high or very low Bauer unit, relative to 24 Bauers. High Bauer units mean that the spin rate is unusually high given the velocity, and that the baseball is not only perceived as faster by the hitter, but also appears as rising. However, it is important to note that not all high spin throwers have high Bauer units.

Luckily for the baseball team here at the college, the coaching staff decided to acquire new piece of high tech: Rapsodo.

According to the product’s website, Rapsodo uses a “radar-triggered camera system that captures real-time ball-flight data, allowing pitchers to get an accurate understanding of exactly what their pitches are doing during flight.”

The new Rapsodo devices captures velocity, spin axis, spin rate, true spin, spin efficiency, location, and both vertical and horizontal movement. It tracks the data for every pitch and allows the player to log in on their own computer and look at each pitch individually or collectively, while also taking a slo-mo video of each pitch.

True spin, also called useful spin, is the amount of spin on a pitch that directly affects the movement of the pitch. Spin efficiency is the true spin divided by the total spin. We can essentially think about it as how much movement on a pitch is left inside a pitcher that isn’t currently being used. This is perhaps the greatest benefit the Rapsodo brings to Swarthmore pitchers. For example, when practicing throwing their curveball, Swarthmore pitchers can throw a pitch and then immediately check the Rapsodo data to see if their spin axis and efficiency was optimal. They can then make the mechanical changes to their curveball, and the learning process moves much faster than it would without the Rapsodo.

With this new device, the baseball team is remaining up to date on the newest development technology and is giving itself a huge advantage in the quest for a Centennial Conference Championship. This year, expect Garnet pitchers to not only throw harder, but also have more movement, control, and command, on the pitching staff’s quest to be more than just throwers.