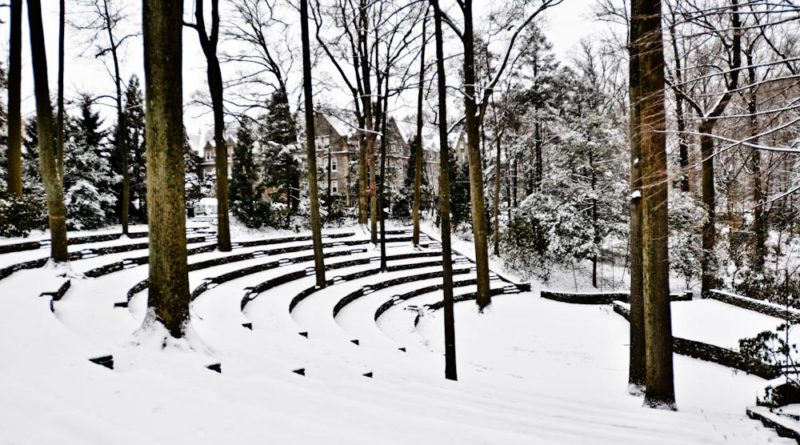 Members of the Swarthmore community gathered yesterday for a memorial service honoring the life of Bunn Buraparat ’20. Students, staff, and faculty came together in the Intercultural Center to share stories and mourn the passing of Bunn, who tragically passed away in a car accident on July 25th, 2017 in Thailand. He was 19 years old.

The service began with Dean Karen Henry ’87 speaking a few words on behalf of Bunn, before allowing for a moment of silence and reflection. Following the moment of silence, friends of Bunn came up to speak before the approximately sixty people in the Intercultural Center.

“Bunn impacted everyone he met. If he introduced himself to you, it’s unlikely you’d ever forget it,” he said. “[Bunn] taught me to always be down for anything.”

Following his own remarks, he read aloud a letter from one of Bunn’s closest friends, Vanessa Meng ’19.

“I was always learning from you,” the letter read, moving many to tears. “We found the kind of infinite happiness that will never stop ringing.”

The son of Thai immigrants, Bunn brought an infectious joy and happiness to all of those around him. The ceremony moved many students to give impromptu speeches on behalf of their dear friend.

“I just miss him so much,” Thomas Poley ’19 said, following a story about the first time he and Bunn met.

Ping Promrat ’20 told the story of how Bunn was the first Thai-American his age he’d ever met in the United States. Though the two came from opposite coasts – Bunn was from California while Promrat is from Rhode Island – the two bonded over their shared culture and heritage. Promrat discussed how the experience prompted his own exploration into his ethnic background.

“The first time we met, he said something in Thai to me, and I didn’t understand what he said,” Promrat said, motivating him to learn more about his heritage.

Other students, including AynNichelle Slappy ’20, Jason Jin ’20, Daniel Lee ’20, and Kastan Day ’20, shared their experiences with Bunn. Most had to pause and collect themselves before speaking.

“He did a great job of building a community for everyone here,” Day said.

Faculty, including Physics & Astronomy Professor Catherine Crouch and Computer Science Lecturer David Mauskop, who had taught Bunn also came up to speak of the way he had touched their lives.

Mauskop recalled Bunn’s always unique approach to writing programs for CS 21 by telling a story about a computer graphics lab the class had to complete.

“Most people had stars or circles on their computer screens. But Bunn had all kinds of crazy colors and shapes on his screen, with the word ‘swag’ periodically flashing on the screen,” he said, drawing laughter during an otherwise somber ceremony.

Once students and faculty had finished speaking, Dean Henry closed the ceremony with a second moment of silence, followed by a song by Karen Avila ’20.

Bunn was one of the first friends I ever made at Swarthmore. I was the first person from my high school to come here, and so I didn’t know anyone prior to coming. When I first saw him at Swatstruck, he seemed really easy to approach and talk to, so I did. We spent much of Swatstruck together, exploring the Crum, wandering around campus, and sneaking into Willets. I remember we found some sophomores playing water pong in the Willets 2nd lounge, and Bunn, afraid of nothing and no one, asked if we could play. Befuddled that a prospective student would have the nerve to actually ask, they let us.

While Bunn was one of the happiest and most joyous people I’ve ever met, I’ll always remember him most for his unabashed fearlessness. Bunn had passions, hopes, and dreams, and wasn’t going to let anyone tell him he couldn’t do it. For him, “no” wasn’t an acceptable answer.

I remember the last conversation I ever had with him was on the way to Essie’s from our Intro to Ed class. He was talking to me about a research idea of his that combined philosophy and computer science. It seemed like such a cool idea to me, and I told myself I would ask him about it after the summer.

Even though Bunn and I were not the closest of friends, he touched my life in a way few have. In the time we spent together, he taught me to be carefree, to actually take a step back and enjoy life, something that can be hard to do at a school like Swarthmore. He brought a smile to my face every time I saw him, because there was always one on his.

He will be missed dearly by myself and the entire Swarthmore community.