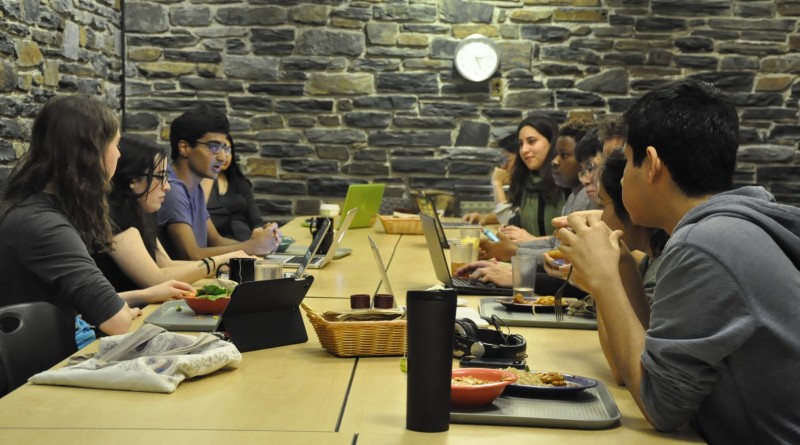 Outsiders is a club for outdoor enthusiasts. Outsiders requested $1200.00 toward 100 additional passes for rock climbing. Outsiders was forced to wait-list several students who signed up to go on their weekly rock climbing trip due to insufficient funding for tickets. Full funding was proposed and passed unanimously.

Van Coordinator Aamia Malik ‘18 requested $1000.00 to to purchase 125 one-way SEPTA passes and to go toward the creation of an accident fund. The SEPTA tickets would be distributed to students who need to travel to the airport at the start of fall break, replacing the fall break airport shuttle. The remaining funds would go toward an accident fund, which would allow the Van Coordinator to cover any damages or ticket fines incurred by student van drivers. Malik intends to request more funds from SBC once it becomes clear how much is needed for upkeep of the vans. The proposal passed unanimously.

SCF requested $4427.85 in total, with $3036.00 going toward registration for their biannual retreat and a concert and the remaining $1391.85 going toward food for various events. The Committee noted that the group has $1390.23 on hand which had previously been allocated toward food, and thus should not need additional funding for food. The Committee approved SCF for $2436.00 and referred the group to the Dean’s Office, which may provide the remaining $600.00 needed to cover registrations.

Psi Phi is a group for science fiction and fantasy enthusiasts. The group requested $151.89, with the intention of using $61.89 in purchasing materials to create three new sets of PVC wings for the group’s annual Pterodactyl Hunt and using $90.00 to purchase a subscription to the CBS streaming service. The Committee referred the group to the Movie Committee, which holds subscriptions to several streaming services. There was a revised proposal for $61.89, which passed unanimously.

LaunchDeck is a group that hosts hackathons and provides materials to students interested in building mobile applications. The group requested $2200.00 to buy three used iPhone 6Ss, a new Google Pixel, and a new Google Pixel 2. Full funding was proposed and passed unanimously.