News » Why is Swarthmore so Expensive? 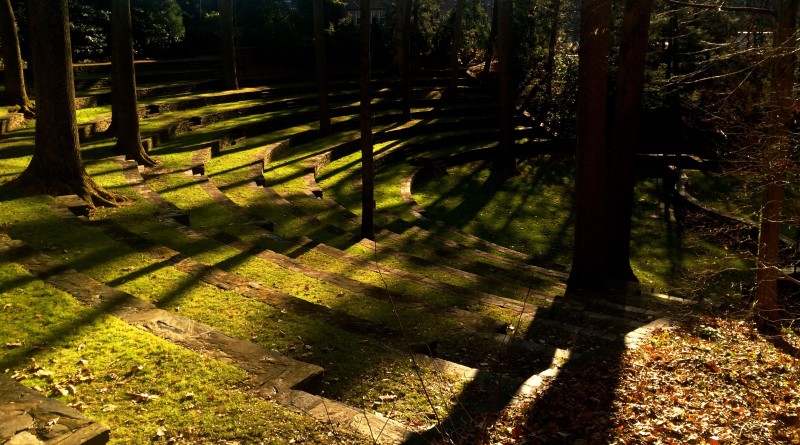 It’s no secret that college in America has grown increasingly expensive. In fact, in 1987, William Bennett, then Secretary of Education, penned an op-ed in the New York Times titled “Our Greedy Colleges”. Bennett lamented the increasing cost of attendance at colleges across the country. Since Bennett’s op-ed, the average cost of a private four-year education, adjusted for inflation, has increased from $24,859 to $45,365, a whopping 82% increase.

Over this same period of time, wages for everyone but the wealthiest Americans have stagnated. In fact, a year of college cost the median middle-class family 13 weeks of pay at the time the Board of Managers went to college, but now costs that same family a whole year’s worth of pay. At the current rate, Swarthmore’s cost of attendance will be over $100,000 per year by 2037.

What does administration cite as reasons for this increase? Former Vice President of Finance Suzanne Welsh cited the fact that inflation raises the cost of a college education, and a former student on the College Budget Committee said that Swarthmore’s cost of attendance had actually risen below inflation. Many students at Swarthmore also believe that increases in tuition are driven by inflation.

However, as noted earlier, increases to Swarthmore’s tuition have far outpaced the inflation rate. Welsh’s citation reflects an oft-cited graph that Swarthmore net price after financial aid, as calculated by the cost of attendance minus average financial aid award, has stayed at level with inflation.

Second, the use of average financial aid award as opposed to median financial aid award takes advantage of the skewness of financial aid data. For this academic year, 52% of families of students receiving financial aid were making above $100,000 a year. For families on financial aid that were making less than $60,000 a year, that number is 28%. Essentially, there are far more low-dollar aid awards being given out by the college than high-dollar awards, but because averages are sensitive to extreme values, the high-dollar scholarships Swarthmore offers bring up the average. This means that although the “average” cost of attendance has stayed level with inflation, for the majority of students at Swarthmore, the price has significantly increased.

The real reasons for the increasing cost of Swarthmore and other colleges are complex. Economic researchers on the subject remain divided. Some cite Baumol’s cost disease as part of the problem. Baumol’s cost disease states that sectors of the economy in which productivity does not increase still see wage increases because other sectors that share the same supply of labor see increases in productivity.

For example, take the population of PhDs in computer science in America. These PhDs have the choice between going to a teach at a university or going to work for Google (among many other choices). While the cost of teaching a room full of students has not changed much over time, the demand for computer scientists has increased significantly, which means the jobs at Google see increased wages. In order to compete with Google, the university raises its wages to attract these same PhDs.

Most researchers that cite Baumol’s cost disease also support Bowen’s rule. Bowen’s revenue theory of cost flips the conventional notion of supply and demand on its head. The theory, in short, states that under financial strain, colleges and universities avoid cuts at all costs and instead increase revenue. Because the goals of institutions like Swarthmore are “excellence, prestige, and influence”, in order to compete with their peers, they increase tuition and increase expenditures.

Indeed, Associate Vice President of Finance and Treasurer Eileen Petula justified Swarthmore’s increased cost of attendance by citing the increasing costs of Williams, Pomona, and Amherst. In essence, by increasing tuition every year, Swarthmore funds an ongoing competition with its peers to gain more prestige.

The increasing tuition has buoyed Swarthmore atop college rankings for decades. A look at Swarthmore’s ranking on the US News Liberal Arts College Rankings list over time reveals that, except for this academic year, Swarthmore has fluctuated between the #1 and #3 positions since 1984. Though the ranking has not been without criticism, considering that US News factors in both faculty salaries and financial resources into their formula, it’s hardly surprising higher tuition has kept Swarthmore atop the list. Rankings aside, the value of the endowment increased by 193% above inflation from 1990 until today.

So where does our $194,353,000 in revenue go? Of the money not allocated towards financial aid, close to 40% goes towards operating expenditures, of which two-thirds goes to departmental budgets and transfers. This is the money that funds a multitude of activities, including academic support, research, dining, housing, clubs, and campus jobs. The amount of money that goes towards these expenses has increased 63% above inflation since 1999.

Some of this is due to increasing involvement in STEM majors, especially the Computer Science Department, and thus the budgets for these departments grow in size. This increase in size is not offset by cuts to other departments because the aforementioned Bowen’s rule dictates that colleges will avoid cuts at all costs. Thus, the total amount of money allocated to academic departments grows over time.

Another $35,017,000 goes towards staff salaries, a number that has risen 47.5% above inflation since 1999. While information on staff salaries is not accessible as information on faculty salaries, it is worth noting that out of the 71 new full-time employees Swarthmore has hired since 2012, 48 have been full-time staff, not faculty. Of these 48, 11 have been in “Student and Academic Affairs” (i.e. academic deans) and 11 have been in “Management”. Yet, while hiring many full-time non-faculty employees, Swarthmore has been unable to hire enough professors to meet demand for classes in the Computer Science Department.

Financial aid reaches many, but not all

Close to $40 million went towards financial aid for this academic year. Compared to its peers, Swarthmore has stayed just above the average percentage of the operating budget used for institutional grants, a number that has increased over time. In fact, for this academic year, Swarthmore increased the amount of financial aid given out by the college by over $5 million.

However, one of the criticisms of the sliding-scale subsidy model is that it misses families that are just outside the reach of subsidies (or don’t receive enough), who are financially better off than low-income families but still can’t afford college without subsidization. This often means that students from families trapped in the middle end up choosing in-state public colleges, or no college at all.

One such student, Michael Logue, a student at the University of Virginia, said his college decision was heavily influenced by the availability of a high-quality public education.

Molly Magoffin, another such student at the University of Virginia, said cost was the determining factor in her decision.

“It made my decision for me. I simply couldn’t afford [Johns Hopkins University]. I want to minimize the time I’ll spend paying off student loans, and UVA is so much less expensive,” she said.

Cost played a significant role in Logue’s decision as well, as he also qualified for in-state tuition.

“In-state tuition made [UVA] incredibly desirable over Emory [University]…paying over $40k additional a year was not worth [it],” he said.

It’s worth noting that UVA’s in-state cost of attendance is not cheap either, at $30,490 per year.

Not all colleges use the same financial aid model as Swarthmore. The Cooper Union, for example, grants all of the incoming freshman class a half-tuition scholarship of $21,000.

To be clear, this is not to say that Swarthmore should not be expensive. There is a premium for attending a college with the prestige and network of resources that Swarthmore has, and the act of raising tuition is not adverse in and of itself.

However, the complexities surrounding tuition increases give rise to a multitude of questions. Who are the winners and losers of tuition increases? Is this model sustainable? Does Swarthmore’s cost act as a barrier to some of the brightest students? How do we see ourselves in the broader picture of affordable higher education in America? These aren’t questions only for Swarthmore students to answer, but for students at private colleges across the country.

9 thoughts on “Why is Swarthmore so Expensive?”

*** Trigger Warning: There is mention of genocide and violence against indigenous peoples.  In a virtual Q&A Session followed by

October 22, 2020 Sofia Frumkin 0
Do NOT follow this link or you will be banned from the site!