In the days following the recent election of Donald Trump, many members of the college community have contested the value of protesting and whether it serves as a positive outlet for public discourse or delays long-term progress.
Just after the results of the election were announced, the Anti-Racist Coalition of Swarthmore sent out an email containing a number of different protests that were planned in the greater Philadelphia area over the following days. ARCS, a multi-racial student group focused on discussion and action for issues surrounding racial justice, did not directly facilitate these protests, but chose to compile the list to provide easier access to this information.
From People United’s “Love Trumps Hate” to Philadelphia Socialist Alternative’s “Resist Trump” protest, there were several opportunities for members of the campus community to express their feelings concerning the election.
Many Swarthmore students attended these protests for many different reasons. Some people reported that the marches were cathartic for them.
ARCS member Sonja Dahl ’18  attended Our 100 Feminist March, which was centered around reproductive rights and women’s rights. Dahl recounted the communal atmosphere of the protest and noticed an awareness among protestors of the intersectionality between gender, ethnicity, and sexual orientations and how this presidency will affect different people.
“We wanted to say, ‘This is wrong; we won’t stand for this.’ While we can always do better, I think this protest was organized very well. It was very angry and [holding it] at night changed the mood further,” said Dahl.
Although many students enjoyed their experience at the protests, some questioned how productive they would be.
Marian Mwenja ’20 attended the “Resist Trump” march, noting that, while the atmosphere was one of very high energy, she doubted its efficacy.
“I don’t think protesting in the streets is the most effective use of energy. In my experience, it feels really good in the moment, but then, you go home, and it’s over. I think it brings attention to a certain issue but doesn’t always result in actual change unless there are enough people to actually override the system,” said Mwenja.
Sarah Dobbs ’18, another member of ARCS, resonated with Mwenja’s agreement, noting that, while protests are a major way to vocalize discontent, it is essential to create a balance between protesting and working on a lot of other fronts. Several students are pushing for more centralized action by forming concrete action steps, organizing, and standing in solidarity with one another.
“It was very empowering to be able to shout so loudly and say, ‘We’re not okay with this.’ Protests alone aren’t going to change this. I get frustrated with my friends who turn out to protests but think the work stops there. Especially for individuals of privileged identities, I think it’s really selfish to go home and retreat. You may not have to think about this stuff because it doesn’t affect you, but it’s on all of us,” said Dobbs.
While the role of protests in the present political climate may need to be reevaluated, some, including Gabriel Brossy de Dios ’20, believe moving forward and protesting are not mutually exclusive events.
“A lot of the protests that have been going on right now might have been expressing anger as one of the main goals. I think that, going forward, there can be a role for protests to get political change. They need to be more coordinated, have clear goals, and I think, if they are to be more strategic, they can be pretty effective,” said Brossy de Dios.
Aru Shiney-Ajay ’20 recently helped organize a series of emergency meetings focused on coalition building to create systematic change during the rise of Trump. Creating this change can take many forms, whether it’s organizing around the school’s policies, working with local political organizations in Philadelphia, increasing civic engagement, or even creating art with a focus on activism. For those who wish to be involved in this “other side of the revolution,” opportunities outside of protests are becoming more readily available. 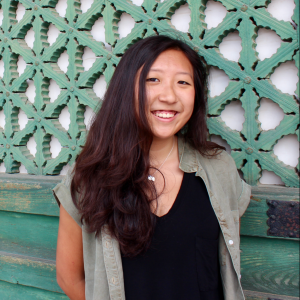