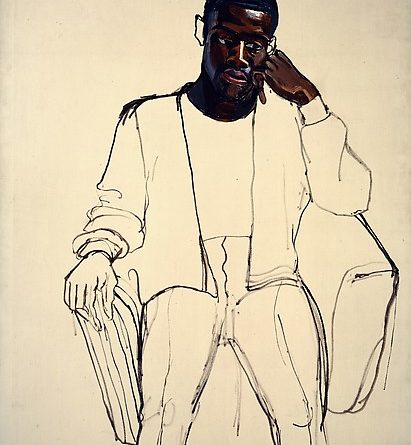 Summer vacation presents itself as an opportune time for tackling new projects. As someone who loves lists and color-coded calendars almost as much as actually completing the tasks on said lists, the expanse of summer always sends me into a rush of planning. Yet, more often than not, my good intentions fall short; the top shelves of my closet are currently occupied by half-knit sweaters and books that still have store receipts tucked inside. By the end of Augusts past, I would sigh and resolve to be more productive next time, to finish that sweater, read one more book, and actually take the road trip I have been planning for years.

I began this summer with my usual detailed agenda. I have been busy crossing off items on my list: excursions with friends, running frequently, surprisingly playing piano again (if teaching six year olds counts) as part of my counselor job. I even found the time to check out the exhibit “Unfinished: Thoughts Left Visible” at the Met Breuer.

The premise of the exhibit is to explore the various states of ‘unfinished’ artwork from as early as the Renaissance to present day. Many of the early pieces were practices for masterpieces. These studies revealed the artistic process by exhibiting the layers of preliminary sketches then covered by oil paint. Conversely, more recent works often came with specific stories to explain the abandoned canvases. For instance, the poster image of the exhibit James Hunter Black Draftee, painted by Alice Neel in 1965, was left incomplete because the subject of the portrait never returned for a second sitting for he was killed in the Vietnam War, according to the accompanying wall label. Regardless, Neel proclaimed the portrait finished.

I was surprised to find that many contemporary pieces that aren’t usually seen as unfinished were included toward the end of the exhibit. It seems that the curators chose to explore the way abstract art has often been oversimplified as childish, such as the action paintings of abstract expressionists like Jackson Pollock and William de Kooning. How did artists like Pollock know when such nonfigurative work was complete? And as many critics of his time might have asked, could such deceivingly primitive work even be considered art? The label next to Pollock’s Number 28, 1950, enamel on canvas, explained that Pollock was in the habit of adding to pieces the night before they were set to be exhibited, and that friends would have to forcibly remove these canvases from his studio.

Relevant sayings by artists and art critics alike were placed throughout the gallery to provide further perspective on unfinished work. The commentary included the following: Barnett Newman believed that “The idea of a ‘finished’ picture is a fiction,” and Robert Morris said, “Under attack is the rationalistic notion that art is a form of work that results in a finished product”. Both artists touched on what seems to be a fundamental of art: work is always unfinished in that it is up to the viewer to complete the piece with her own response and emotions.

While I sat on the subway back to Grand Central, an interesting duo squeezed into the small bench space across the aisle from me. The first to sit down was a tiny old woman with sharply cut, purple dyed hair. Moments later, a young man perched hesitantly beside her. Despite his respectful distance from her personal space, she seemed to shrink away from him into her corner, showcasing the sometimes awkward, self-conscious seat dynamic of public transportation. Inspired by the beautiful portraits I had just seen, I took a hopefully surreptitious photo of these passengers. Then I promised myself that this photo would be the beginning of my return to painting, another one of my summer goals.

As usual, a huge canvas lies unfinished in my makeshift studio garage. I paused to inspect it a few days ago amid my search for plastic bins and other dorm items. At first, I sighed. Classic me, starting a huge project just to leave it forgotten. There go my big plans to finish a painting before the new semester.

But now when I consider the credit the Breuer exhibit gives to the unfinished piece, perhaps I should not be so quick to dismiss my efforts. Maybe I can see my painting as something beautiful in its unfinished state; the loose outlines and water-downed colors bleed pleasantly together. Or, perhaps like with the Alice Neel portrait, I can also value the reason for which I left the work unfinished. Admittedly I was busy with other summer fun, and now the idea of this incomplete work may motivate me to pick up the brush again when I return home.

Nonetheless, I think the Breuer exhibit provides a useful reminder. Often, especially at Swarthmore, it feels like there is always one more thing to be completed, one final draft to be written, another organization to join. But it can be refreshing to step away, even temporarily, from the rush to fulfill our polished, ‘finished’ ideals to instead appreciate what we have already marked on the drawing table (literally). I know that I am certainly not bringing my canvas to Swat; for me, right now, my unfinished painting is perfectly complete.