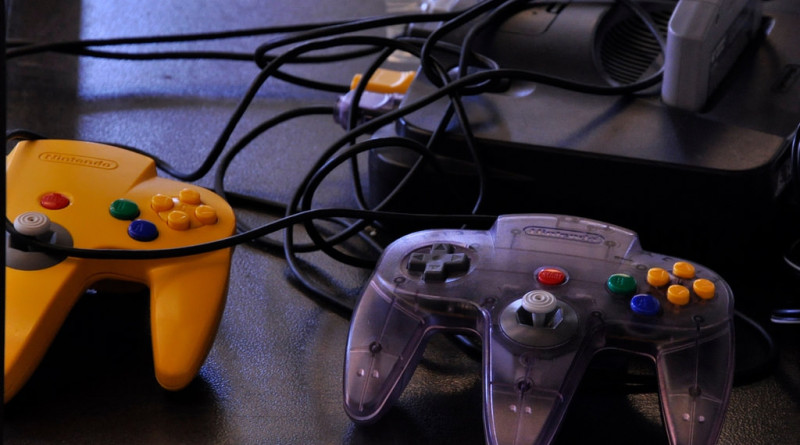 Swarthmore held a celebration to commemorate the 20th anniversary of Pokémon on Saturday with a party put on by Mollie Wild ‘17, Richard Monari ‘16, Emily Hudson ‘17, and Devon Loehr ‘18. Pokémon anime viewing, Pokémon battles, games from almost every generation, Pokémon-themed food, and a game of trivia (also known as “Spheal or No Spheal”) were enjoyed by all.

Twenty years ago, on February 27, 1996, Pokémon Red Version came out in Japan for the original Game Boy. The monochromatic pocket monsters entered the hearts of countless kids across the world and thus started one of the biggest pop culture phenomena. Saturday was the worldwide celebration of this franchise so many of us hold dear.

Amanda Lee ‘18 said of the party, “I grew up with Pokémon and it was kind of my introduction to geek culture and video game culture. Being able to have a party to celebrate the 20th anniversary and just having people gather and watch basically my whole childhood and play all the games I had in my childhood and be around people and have food…it’s just really wonderful this hasn’t gone away.”

At the party, all did not go smoothly, however. Tessa Rhinehart ‘17 and David Zuckerman ‘18 were working as undercover Team Rocket operatives, the classic Pokémon antagonists.

They attempted to steal the trophy Meyer Thalheimer ‘17 won in the Pokémon tournament. They almost got away with it, but Thalheimer defeated them in a no-holds barred Pokémon battle.

“The party was made one hundred percent better by Team Rocket’s presence! I wonder why we didn’t get an invitation initially,” Rhinehart said haughtily over Facebook.

Zuckerman discussed their attempted thievery. “The respect and admiration this would have given us would have let us earn all the Pokémon trainers’ trust, making it stupidly easy to steal their Pokémon. Just like taking candy from a baby.”

A day or so after the party, Monari talked about his love for Pokémon:

“Nostalgia’s pretty big for me. It’s been comforting to have this thing with me forever. I remember being staunchly proud of the fact that I really liked Pokémon when I was in elementary school. And progressing, as I got older and started seeing people mature around me, getting confused by adolescence [laughs], I think part of me was like ‘I’m not gonna let go of this thing that I really enjoyed as a kid and was really important to me and I’m gonna stick with this.’”

“I thought what would be good about this is we could make a space where people could come in and just nerd out for a little bit and go back to that for like a couple minutes. Maybe hang out with a bunch of great people and just say ‘Isn’t this great,” he said of planning the party.

Personally, Pokémon’s 20th Anniversary made me remember all my love and nostalgia for it. Seeing the anime, hearing Pikachu’s voice, playing the games again; it brought back a wonderful rush of nostalgia. I haven’t played a Pokémon game since early high school, but on Saturday I was searching eBay for a cheap copy of Omega Ruby. You’ve done it Nintendo. You’ve got me back. I am genuinely excited for Pokémon Sun and Moon.

Here’s to another twenty years of Pokémon.

One thought on “Nostalgia and Partying on Pokémon’s Twentieth Anniversary”