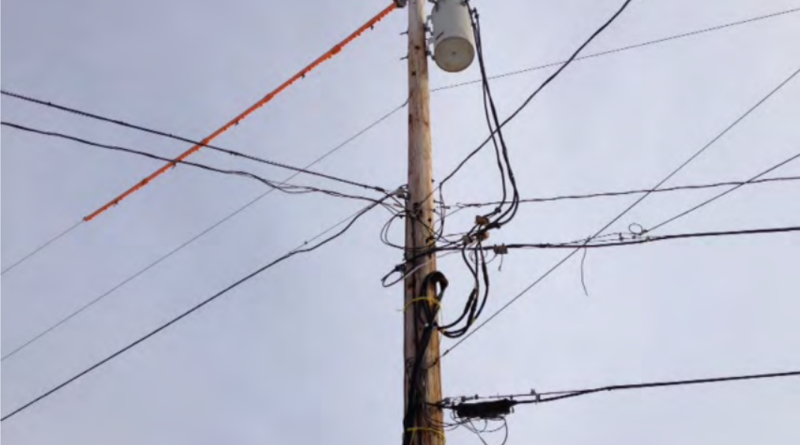 A power outage hit Swarthmore at around 5:15 p.m. on Monday, February 1st. The outage was attributed to a tree branch hitting a power line from PECO, the electricity company that supplies most of Swarthmore’s power. This was the 10th power outage since 2008, according to Director of Maintenance Ralph Thayer. The Swarthmore Computer Science Society’s servers also went out of power, causing The Daily Gazette‘s morning sendout to be delayed.

While the outage was brief, internal protocols for Facilities Management required a maintenance crew to come to campus. “Anything over a momentary blip requires us to bring at least a few key personnel to check systems and restore power to campus in an ordered sequence to avoid overloading equipment,” Thayer said.

In a situation where PECO is the source of the outage, crew members have to manually shut down the circuit breakers on the switchgear, an apparatus that manages the electricity supply system. For a long-term outage, a third-party firm has to be called to restore power using a rented generator.

The College is looking into installing a 4000kW natural gas fired generator as a way to combat future outages and reduce utility bills, according to Swarthmore’s 2015 Energy Report. This new generator will enable “the college to “island” itself as a micro-grid in the event of an extended interruption,” Thayer said.

Outages can be expensive. In an outage in February 5, 2014, a total of $55,879.89 was spent on running a third-party generator for 34 hours, or $27.39 per minute. This is far higher than Swarthmore’s normal electricity cost of $2.50 per minute. As generators may take the eight to ten hours to arrive and connect to Swarthmore, long outages are disruptive to the everyday life of students.

“The safety and well being of our community is our number one priority and we constantly look at our peers and other institutions for best practices to make sure we are doing everything we can,” Director of Public Safety Mike Hill said.

Climate change may cause more issues by causing more extreme weather events that are unpredictable at the same time. However, severe weather and blackouts are not directly correlated. The blizzard last week caused no issues, while the Monday outage was only after a slight rain.

Most students were affected momentarily. “I was just disappointed because I could’ve skipped [swimming] practice but I’ve already gone to practice in the morning that day so I missed out on the chance,” Tiffany Yu ‘18 said. Less fortunately, one of Yu’s friends was stuck in an elevator for 30 minutes.