News » Wrapped in the Flag of Israel: Life of a Mizrahi Single Mother in Israel 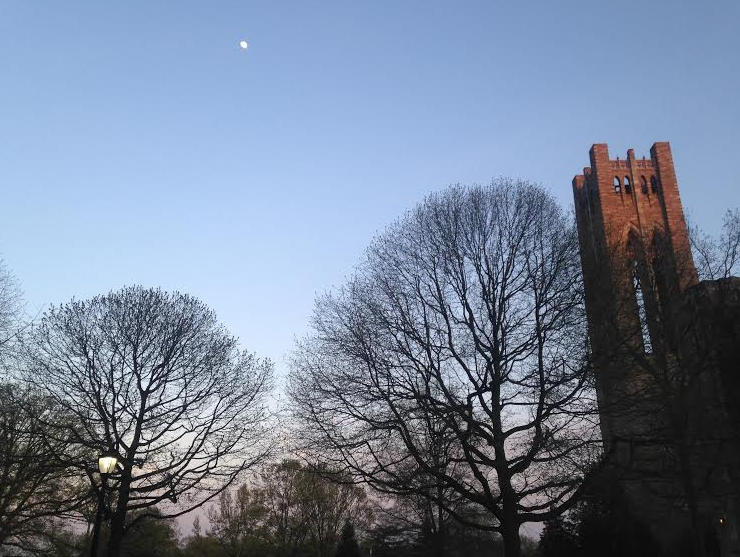 On Thursday, October 28, Smadar Lavie came to Swarthmore to read from and discuss her book, Wrapped in the Flag of Israel: Mizrahi Single Mothers and Bureaucratic Torture, which is the first Anthropological ethnography written in English to focus on single mothers outside of North America.

In her book, Lavie describes how the Mizrahim, Jews of North-African and Arabic descent who make up the majority of the Jewish population in Israel, and in particular Mizrahim women, are systematically oppressed by the smaller but more powerful Ashkenazim, white Jews of European descent.

Lavie spent many years in Israel as a single mother after fleeing an abusive relationship in California to save the lives of her and her son, and drew upon her experience as well as the experience of many other single Mizrahi mothers for the content of her book.

One of the primary ideas Lavie presented was the concept of bureaucracy as torture. A single Israeli mother, she explained, is very unlikely to be granted child support due to a court system that favors men over women. Instead, they have to fall back on welfare to help them support their families. This is especially common for Mizrahi women, who often have low wage jobs, and rarely have family members who are able to support them.

To collect the welfare payments, women must face Israel’s bureaucracy. A women may stand in a line for hours, taking time away from work and from her children, only to be told near the end of the process that she is in the wrong department, or to be denied service due to a technical error that is out of her hands. Without the payment, she starts again the next day at the beginning of another line, and the cycle repeats.

Lavie argued that the stigma surrounding single mothers surviving off of welfare in Israel worsens this experience. The belief that single mothers on welfare use their children for money and spend the money on themselves, instead of their children, is held by many, including many bureaucrats working to help these mothers. The lack of respect the women receive from these people makes the process that much more exhausting and humiliating. It is also not uncommon for women to face other types of abuse in this process, such as being forced to perform sexual acts in order to receive their welfare payments.

The single mothers who suffer under Israel’s bureaucracy suffer silently, for the most part. Lavie explained that what makes this type of torture different than many types of torture more traditionally recognized is that neither the perpetrator nor the victim is aware of the extent of the pain being inflicted. In the eyes of the bureaucrats, they are helping the mothers to get their welfare stipend. In the mothers’ eyes, they are seeking help from an organization that, if incompetent, is at least ostensibly working in their interest.

Mizrahi women also suffer from a lack of ability to use identity politics. The use of identity politics, which is when a group bands together on grounds such as race or gender for political reasons, could draw attention to and aid for Mizrahi women. Lavie stressed that they are denied this political tool, however, by Israel’s use of binary and the “Chosen People, Chosen Land” philosophy it has adopted for the unification of Jewish people.

This binary, The Jews vs. the Goyim, or the enemy, serves to erase the notion of interracial and intergender conflicts among Jews, falsely assuming a gender and race neutrality. These women, however, experience both racism from the Ashkenazi and sexism from the patriarchy that dominates Israel, according to Lavie. She used the term GendeRace to describe this difficult intersection of two identities at once denied to these women and used to persecute them.

What Lavie argued next is that it is exactly this erasure, this denial of GendeRace conflict, that has allowed Israel to become and to sustain what she describes as a fascist state. Though Mizrahi Jews are aware that they are not given the same rights and privileges of Ashkenazi Jews, they continue to vote for the political right because they believe in the unity of the Jewish People. In the discussions she had with many Mizrahi Jews, Lavie said it was typical for someone to say on one hand that Zionism is Ashkenazi racism, but on the other that they themselves are a Zionist. According to Lavie, one cannot understand Israeli politics until one understands the Mizrahim.

One thought on “Wrapped in the Flag of Israel: Life of a Mizrahi Single Mother in Israel”