News » Pope in Philly: What the Bishop of Rome had to say to the City of Brotherly Love 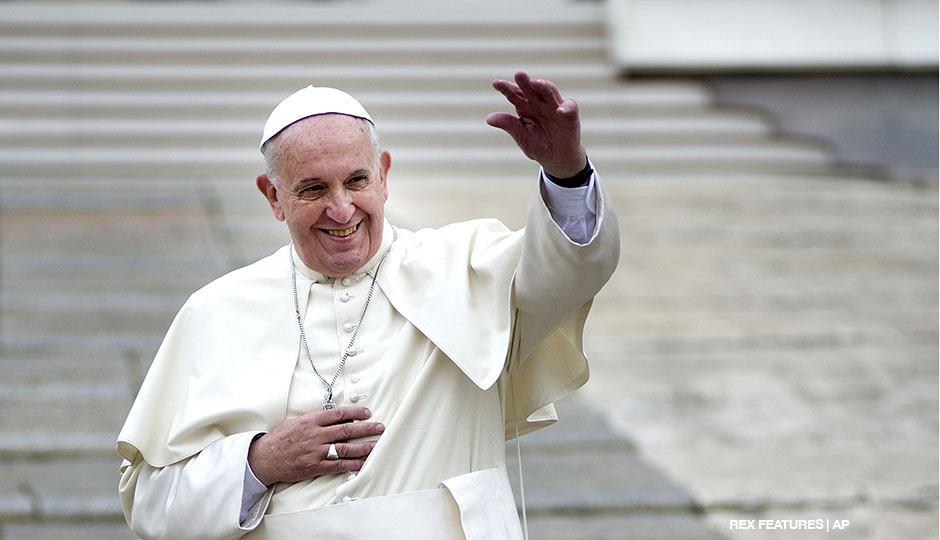 Philadelphia was in a frenzy on Saturday, September 26 to accommodate the anticipated one million people pouring into the city to see Pope Francis. Roads were shut down, public transportation was severely limited, and approximately 3,000 port-a-potties lined the streets as people prepared for the Pontiff’s presence.

At 10:30 a.m. on Saturday, the Pope delivered a homily at the Cathedral Basilica of Saints Peter and Paul, addressing the Church’s need to support families and to acknowledge and appreciate the role of women in the Church.

Later, at Independence Hall, Pope Francis gave a speech on liberty, globalization, and immigration. Standing in front of the podium from which Lincoln delivered the Gettysburg Address, he speech began by commending America for what he saw as a history of liberty. He reminded the audience, however, that liberty is something that must be constantly reaffirmed.

Pope Francis warned, as the speech continued, that though globalization has the potential to bring the world together in positive ways, there is great danger in mass assimilation. From there, he addressed specifically those in the audience of Hispanic descent, particularly those who had recently immigrated. He reminded them of the importance of retaining the culture of their forefathers while contributing to the culture in which they now find themselves.

“I ask you not to forget,” Pope Francis said, “that, like those who came here before you, you bring many gifts to your new nation. You should never be ashamed of your traditions.”

After this speech, there was a period of downtime before the Pope paraded through the streets and attended the Festival of Families concert. The atmosphere among the crowd at this time truly was one of brotherly love, as people sang songs and shouted praise in anticipation of seeing the Pontiff.

The last day of the Pope’s visit started off on a more somber note, as he addressed a gathering of bishops at St. Martin’s Chapel. Before giving his speech, Francis spoke unscripted about a meeting he had that morning with five adults who had been sexually abused as children by their priests. In an unprecedented but long-coming move, Francis announced that bishops who had tried to cover-up this behavior would soon be tried and persecuted for their actions. The Church has only acknowledged these attacks recently, and until now these bishops had been exempt from punishment.

After speaking to the bishops, Francis visited inmates at the Curran-Fromhold Correctional Facility. He told the inmates, all of whom were between the ages of 18 and 21, to view him as an equal, claiming that all people are in need of cleansing. He then shook hands with each individual in attendance, stopping to chat with some and hug others.

The last stop for the Pope before departing for Rome was a second Mass, in which he delivered another homily. This time he focused on the importance of evangelism and child-rearing within the Church. He also encouraged Catholics to reach out to those they may have traditionally marginalized.

“To raise doubts about the working of the Spirit, to give the impression that it cannot take place in those who are not ‘part of our group,’ who are not ‘like us,’ is a dangerous temptation,” said Pope Francis. “Not only does it block conversion to the faith; it is a perversion of faith!”
The Pope ended his trip to the United States at 8:00 p.m. Sunday night as he boarded a plane for Rome.