In yesterday’s issue, Gregory Brown, Swarthmore’s Vice President for Finance and Administration, objected to a majority of students’ (and I should add, much of the faculty’s) complaint that the time has long passed for the College to divest from the fossil fuels extraction industries that are swiftly and inexorably destroying the planet. The scientific consensus is that without the abolition of fossil fuels, the planet is cooked – literally. I appreciate Mr. Brown’s thoughtful willingness to engage the issue of divestment on the merits. His op-ed represents the College’s response to what is for many of us the defining issue of our time – how do we live sustainably on a dangerously warming planet? – and is characteristic of the open debate about crucial questions that is the hallmark of liberal education.

Mr. Brown makes one central point in his response. He writes that “[the College does] not believe the endowment should be used to make social statements, no matter how compelling the cause.”  On the contrary, Swarthmore College is a Quaker-heritage institution committed to social justice in all aspects of its institutional life.  Since its founding, it has used its endowment to make social statements.  In the mid-1980s, the College began the process of divesting from all of its South Africa holdings in the light of South Africa’s apartheid system. Today, presumably, the College screens its endowment to avoid investments in morally dubious companies such as those engaging in child labor, blood diamonds, and sex tourism. Or maybe not.  Would Mr. Brown have us believe that the College uses no moral criteria by which to judge where it puts its money?

Mr. Brown can’t have it both ways. Either the College does screen its investments, in which case fossil fuel divestment is a candidate for removal from the College’s portfolio on moral grounds. Or the College doesn’t screen its investments – in spite of its earlier South African divestment – in which case, my and my colleagues’ salaries, and our students’ financial aid packages are being funded, arguably, by unethical and illicit activities. Does the College have no moral compass by which to guide its portfolio decisions? Or is the College’s sole criterion for investment the maximization of  “solid performance track records,” as Mr. Brown puts it – that is, the optimization of profits at all costs?

I recently took a group of students to Williamsport, Pennsylvania, a city just north of Philadelphia, to observe the environmental squalor that the Marcellus Shale extraction industry has wrought in an area historically called the Endless Mountains. What was once a beautifully preserved habitat of forests, rivers, homes, and farms is now pockmarked with eighteen-wheelers barreling down the highways; well-pad flares all hours of the day and night; and compressor stations, retention ponds, and gas pipelines converting sylvan woodlands into a loud, ugly, toxic industrial zone.  Mr. Brown’s vision of unfettered investments in the very industries that are destroying the Endless Mountains – and by extension, the planet as we know it – is grounded on a short-term interest in financial returns rather than the long-term well-being of Earth’s vital systems. Until and when Swarthmore’s finance and investment decision-makers balance their drive for profits with ethically-based common sense, the College’s heritage and mission as a learning institution with a social conscience will be fundamentally undermined.

Mark I. Wallace is Professor of Religion, Coordinator of the Interpretation Theory Program, and member of the Environmental Studies Program. 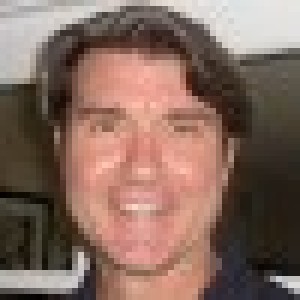 Not to Humiliate but to Win Over