Campus Journal » You may want to avoid those awkward glances 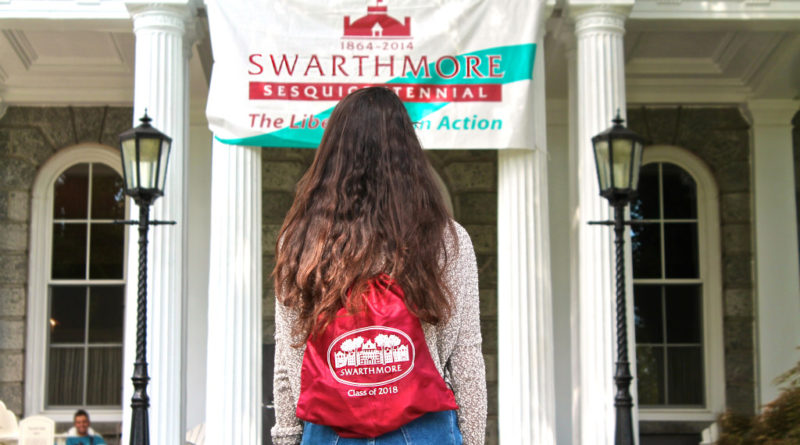 Well Swarthmore, here it is: new year, new ass. Disorientation, rumor has it (I had one cosmo too many to recall), was full of new couples, whether they were conjoined for one hazy night or more permanently, for that haphazardous miracle that is a budding relationship. I do remember strolling past the frats at quarter past midnight and feeling suffocated by the sheer volume of intertwined individuals scurrying to more private spaces, amused by the number of angered students complaining about their impromptu sexile (I feel you all; be strong). It was the best of times, it was the worst of times, depending on whether you found some eye candy. But given the size of our school, how long can such a commotion last?

For this piece, I considered revisiting a topic I wrote about last year: swooping (an infamous term referring to upperclassmen picking up freshmen early on in the semester), but I realised that my stance hasn’t really changed — my stance being that people should do what they want. What I think I was lacking at the time was an awareness of what the hookup scene here actually resembles, and the realities of performing such an act at this school. It isn’t what I expected and, quite frankly, it sucks ass.

Speaking from within the queer community, the whole menagerie that is finding a phallus for the night becomes a shitshow pretty quickly. Try glancing around Pub Nite (long live!) on a typical Thursday evening: a familiar place with all the more familiar faces. The evening may feature your ex from last year dancing with his friends in a corner, that guy you hooked up with twice and regretted it both times, the guy you hit on fall semester until you learned he was straight and in a committed relationship with his long-term girlfriend. Oh, the happy memories. There just really aren’t many guys around, and you’ve probably taken a class with half of them. Amidst the blasts from the past, it’s hard to spot any future potential.

And even if you did, these individuals are still going to be there. I sure as hell am not comfortable picking up some rando next to the guy I went home with for several months. We still retain emotional attachments to these characters from our past, regardless of whether we wish them well or not. Here we find the curse of small liberal arts institutions: a close, tight-knit, incestuous campus.

When it comes to hookups, I feel safe in saying that most of this campus abides by a healthy dose of free spirit: screw your neighbor, screw your roommate, screw whomever the fuck you want if they’re consenting. And in theory, so do I; I have no qualms with a cheeky bang, whatever form it may take. At Swarthmore, I find this to be a difficult philosophy to enact, for reasons described above. This didn’t use to be the case: arriving at this school knowing no one and having no locational emotional baggage is liberating. It does develop quickly, and I sometimes wonder what my experience would have been like had I been aware of this earlier.

After all, many people say that their first semester at Swat was their worst. Would mine have been different had I been droning around Paces less, catching inconclusive glances across groups of friends? Would the utter trainwreck that was CHEM 10H have been ameliorated had I gone home earlier? To be perfectly honest, I doubt there’d be any sort of clear correlation, but who knows, had I been in a state of mind more receptive to one, the other might have followed suit. What I know for sure is that I no longer go to a party hoping to find someone, and I’m a lot happier in general. Make any conclusions you’d like.

Of course, you needn’t heed my advice: I encourage you to push up your boobies, zip up your sexy skirt and go pick up that guy who’s eyeing you across Sharples for the past week, if you so wish. I can only validate and celebrate your efforts and achievements, and so should most people. Different people have different desires and needs, and there’s a good chance I’ve been remarkably unlucky with my past experiences and that most individuals have great relationships with their partners of all sorts from yesteryear.

What I think should be remembered, though, is that most people on this campus have good intentions. When I warn against a public imagination including crazy college sex, it’s not in an attempt to shame but rather to warn, and help. It follows in the same vein as directing people away from an engineering major: it’s for your own good. But then again, I probably won’t follow my own advice: I need something to write about tomorrow.