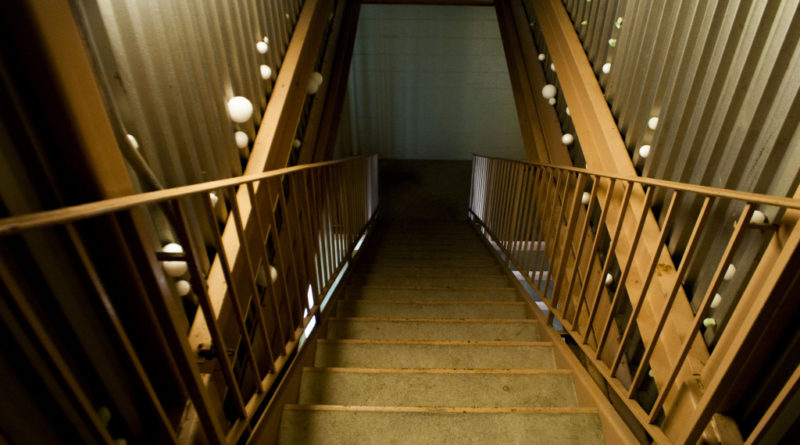 This summer marked the beginning of a number of construction projects on and around campus. These plans include improvements and extensions to Willets Hall, the softball field, and the Dana and Hallowell dorms. Additionally, three entirely new buildings are being built: the “Matchbox,” Town Center West- which will house a campus bookstore, pub and inn- and the new biology, engineering and psychology building (BEP).

Of the projects planned by the college, the new BEP building is the most ambitious and least finalized. With construction slated to begin in 2016, the college has left plenty of time to discuss plans with the student body, alumni, staff and faculty. The building should be finished by the fall of 2018. The BEP building, when completed, will be the largest building on campus and is being implemented to match the increasing spatial demands of a growing student body.

“From biology’s point of view, we’re crammed to the gills in our current building, and even though we love it, we’ve literally taken over closets and other spaces that were never designed to be research facilities,” said Nick Kaplinsky, associate professor of biology and the department’s point person for the building. “The new building will solve our space issues, solve our mechanical issues and allow the department to expand and serve future biology majors.”

Each of the three departments that will occupy the BEP building will upgrade the amount of space they have on campus, and their old buildings will be reutilized for other departments.

In addition to the BEP building, the college is looking to build more student housing. Plans on this new dorm, or set of dorms, are still in flux, but it is likely that the new housing will be built near the PPR dorms on the south side of campus.

The school has already begun the process of renovating student housing. Over the summer, Willets underwent a series of construction projects. Most parts of the plumbing, insulation and electrical systems were entirely replaced. The bathrooms and lounges were also renovated.

While Willets was being revamped, construction on the new Matchbox building continued across campus. Nestled above the field house on the far side of Fieldhouse Lane, the Matchbox is the result of a funding campaign led by two married alumni, Salem Shuchman and Barbara Klock.

When completed, the Matchbox will be a student wellness and fitness center, as well as a space for the theater community. Construction on the Matchbox began last winter and was scheduled to be completed by the beginning of this semester, but the severity of last winter pushed that plan back. As of now, construction on the building should be finished by late September. The expected opening day is October 20.

As residents of the two dorms will attest, construction at Dana and Hallowell is underway. The final goal is a new five-story building connecting Dana and Hallowell. This building will replace the Danawell trailer, which previously served as a communal social space for the two dorms. In addition, the new structure will contain 68 new beds, designed to accommodate the college’s enrollment increases. The plan is for the building’s framework and foundation to be finished this fall, before the ground freezes.

Hain believes they will finish construction on Dana and Hallowell on schedule.

“We really believe we’ve built enough time into this schedule to make it work,” he said. “It could get so mean here that we get slowed down significantly, but there are some options about how we can accelerate that by working longer hours or longer weeks.”

Down the road from Dana and Hallowell is the softball field, which is being replaced. As of now, there are two fields. The old field is ready for fall play while the new field is being finished. The new field will have an adjustable netting system, as well as a new locker room attached to the home dugout.

“The outfield is pretty much in place, we’re installing an irrigation system and a drainage system to augment the system that’s there, [and] we’re building the dugouts,” said Jan Semler, director of capital planning and construction.

Town Center West is due to be finished by the end of the 2016 spring semester. It will contain an inn, a restaurant and retail spaces. The administration hopes that Town Center West will encourage a greater student presence in the ville, as well as support visitors and alumni. The bookstore will also be moved to the location.

“What we’re starting do now is actively think about what a bookstore, or a college and community store as we’re now calling it, of the future will look like. [Town Center West will] give us the opportunity to start thinking about how to repurpose the space that’s the current bookstore, since Clothier really is supposed to be a student center […] getting the bookstore out of there is going to be a huge help in terms of spaces that are available for students,” said Gregory Brown, vice president for finance and administration.

In addition, a new parking lot and a roundabout are being constructed by the Palmer, Pittenger, and Roberts dorms and Fieldhouse Lane. The parking lot will replace student parking in lot C and faculty parking by the train station. The parking lot will be finished and in use by the end of fall break. The roundabout is still in its beginning stages. Until September 12th, construction on Chester Road will operate at night from 8 p.m. to 5 a.m. After that point, construction will shift to the daytime, but at least one lane of traffic will be available throughout the day. The administration is planning for two further periods of nighttime construction, but the dates for these are not yet in place. The asphalt work on the roundabout is due to end before winter in accordance with PennDOT guidelines, and the roundabout will be complete by the end of the school year.