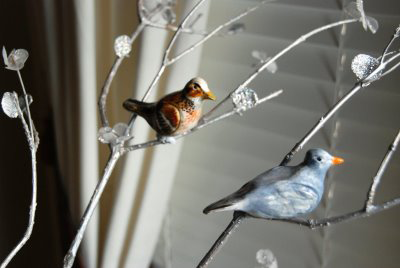 Jacob Oet ‘16 and Cara Ehlenfeldt ‘16 are a busy couple. Together, they single-handedly edit Clay Bird Review, the only literary magazine at Swarthmore which accepts English entries from anyone, anywhere in the world. The journal, which intends to publish a print issue biannually, is gearing up to release its first issue next semester, which will contain a mixture of poetry, short fiction and visual art. By remaining open to international submissions while still contained in and representative of the college, Clay Bird Review models itself after publications like The Kenyon Review and Oberlin College’s Field.

Despite its relatively new status on campus, submissions have streamed into Clay Bird Review, with its editors having to sort through almost four hundred poems for the Fall 2013 issue, themed “Enter, Ghost!”

“I related the theme to the stage directions from Hamlet, but most people sent in horror-related material,” explained Oet. “We ended up building an issue that dealt with the subject in a really unexpected way. The nice thing about having a theme is that some of the unique pieces get to stand out.”

For the Spring 2013 issue, the editors are looking for pieces which have a descriptive and interpretive relationship with other works, based on the theme “Ekphrasis and Reappropriation.” Ekphrasis is traditionally a dramatic or graphic description of a work of visual art, reminiscent of Keats’ “Ode to a Grecian Urn.” Oet and Ehlenfeldt, however, want to put a more modern spin on this idea.

“We’re looking for more liberal interpretations of the theme. You can really write ekphrasis about music, movies and video games — or you could even take an existing character and work it into something else,” said Ehlenfeldt. “We want something that’s not purely derivative, something that takes us to a really unexpected place.”

Dealing with the unexpected is something that this publication seems to welcome, and it is clear that Clay Bird Review does not seek to couch itself in certainty. The editors embrace moments of questioning, and want readers to do so too. They are looking for poems that are skilled in unexpected ways, that challenge readers and force them to question their aesthetics. However, the unusual themes do not define the magazine, which is also composed of some works that are unrelated to the subject at hand.

Starting a new publication has been a daunting venture, and both editors have been confronted by both the challenges of running a literary magazine, as well as the administrative difficulties of starting something new on campus. For Ehlenfeldt, it was hard to learn to trust her own judgement while reading submissions, and Oet found it equally difficult to keep up with the sheer number of submissions he had to read through.

Funding remained another significant challenge that the duo confronted. While Clay Bird Review is currently funded through the President’s Office, the editors both faced considerable budget restraints that impeded printing and distribution, as well as the larger goals that they aspire towards.

“Our intention is to have the magazine be really active at Swarthmore despite functioning as an international magazine outside the college,” explained Oet. “It’s still far away, but we would like Clay Bird Review to function as a counterpart to Oasis, hosting readings from each issue.”

Clay Bird Review is looking for helping hands with editing and design, as well as more submissions from Swarthmore students. Contact them at claybirdreview@gmail.com to submit work or get involved.

In recent months, we have seen calls for “peace” and “civility” aimed at the Black Lives Matter movement. The argument

September 17, 2020 Sofia Frumkin 0
Do NOT follow this link or you will be banned from the site!