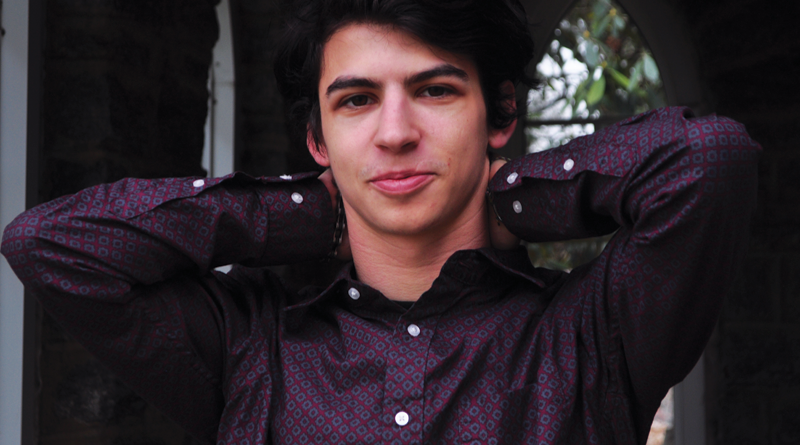 Fashion is the most immediate, obvious means we have of presenting ourselves to, and armoring ourselves against, the world. But I have always seen clothing as much more than a facile visual. When I was 15, I bought the entire wardrobe of a recently dead parishioner at a church sale in my neighborhood; each of her dresses fit me perfectly, each of the patterns she had chosen over a lifetime of shopping taught me an opinion on shape or color – on style. I feel an intense affinity with this unknown woman; she was present in every conversation I had about her dresses, and eventually about everything I wore. My aesthetic interpreted hers and absorbed it, into the clothing I wore but also into the visual choices and understandings I made and make on a daily basis. By connecting opinions on the visual, style connects people; by allowing us a measure of physical control over appearance, it teaches us to critically and actively participate in an aesthetic world that spans, through influence and interpretation and chance, space and time.

Every Swattie’s aesthetic has stories to tell, of origins, of components, of connections and of parallels. Hi! Fashion will bring you some of these stories through conversations with students – beginning with Jonah Schwartz.

Schwartz’s bright yellow backpack recedes from view only very slowly; he is a beacon of color around campus, dressed in contrasting flannel checkers, neon beanies, and a strangely patterned purple t-shirt. For him, clothing is a means of being silly; the Talking Heads began to play as we were talking in Hobbes, and he noted that his relationship with the band, like his aesthetic, is based in his desire to abandon logic and just have fun.

I asked Schwartz about the source of his style – is it internal, external, related to environment or mood? He explained it to me in terms of the LA biking community. The community propounds a bright, playful aesthetic, exemplified by homemade vests covered in patches – functionally neon, for late night riding, or purely decorative. He cites his desire to play with color and shapes as internally sourced, but the biking community’s visuals created a space within which to expand that desire. Once the external factor of the community opened up his aesthetic, he internalized the confidence to externally manifest what had originally been internal, and took that style with him out of its original context – to Swarthmore’s campus, to Thanksgiving in the Vermont woods, to his approaching semester in Berlin.

But Schwartz’s style is not purely a product of the LA biking scene. Style is not static; he put it in terms of linear algebra that I can’t confidently replicate here, but essentially, for Schwartz, the options and variations of style are infinite, and the categories we choose to adopt within those infinite options may change. They are constantly the result of manifold internal and external influences. The elements that collectively make up Schwartz’s style – anyone’s style – are often inexplicably, but still utterly, related. He equated this dichotomy – lack of describable relationship between elements but still some overarching aesthetic – to a Quentin Tarantino soundtrack. The genres of the music Tarantino chooses span the gamut, but there is some cohesion between each choice that can only be located within Tarantino’s vision. Tarantino’s soundtrack can only be categorized as Tarantino; Schwartz’s style can only be categorized as Schwartz’s style. Style is “an opinion, not a quantity.”

Schwartz talked about rushed mornings and the seemingly inevitable relegation of campus wardrobe to t-shirts and unwashed jeans, as the pressures of schoolwork force us to forgo the “fun”, apparently extraneous things in our lives, like fashion. But he explained that this doesn’t mean that his style has disappeared. It is as much a part of him when it only exists conceptually, in his mind, as when he is able to physically display it. Aesthetic is not really the way we physically represent ourselves; it is our vision of that representation. The disparity that occurs between these two things is inevitable, as disparity must be between the idea of anything and its reality. If Monday morning, our dorm rooms, our clothing choices, the way we tumble instead of glide across campus, do not accurately represent our aesthetic, maybe come the weekend they will.

What do we owe each other? This question has taken on a new meaning during the COVID-19 pandemic. To protect

October 16, 2020 Editorial Board 0
Do NOT follow this link or you will be banned from the site!