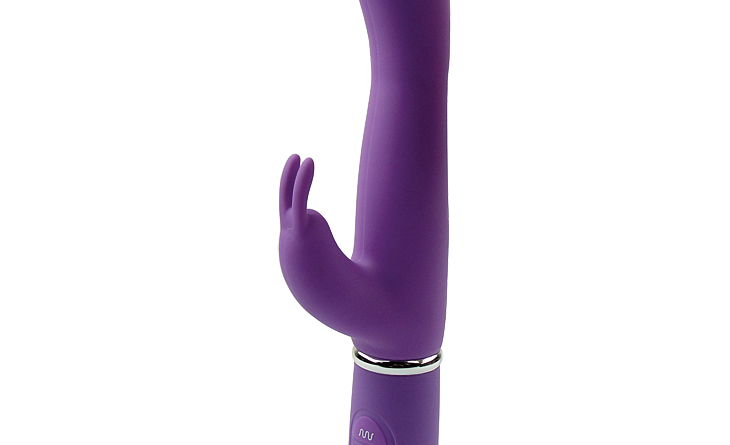 How often do you think about sex toys? Surveys show that 82% of American adults use sex toys, so apparently most of you horny rascals do quite often. I personally try and limit it to a weekly thing, in order to get a semblance of my work done (or in other words, scoot away from the dangers of excessive procrastibation). Some might liken them to a spiritual experience: a friend of yours has been praising their new buzzing buddy and egging you to try it. Tentatively, you order a $10 kiddy sized toy online not expecting anything out of the ordinary. It arrives; you give it a whirl and feel a revelation fall upon you as it sends you to seventh heaven again, and again, and aaah — sweet baby Jesus that is motherfucking good. Conversion now complete, you’re the one finding a new disciple. This narrative, of course, isn’t unanimous, and many people are left unconvinced, squeamish or even judgmental. From this arises the following question: where’s the catch?

To start answering this question, it’s worth looking at the popular perceptions of sex toys. Although in reality individuals and couples alike use them for the purpose of added sexual pleasure or furthering intimacy, porn has distorted their image into that of a silicone substitute for worryingly large dicks. Picture the lonely gay boy or straight girl longing for daddy’s shaft as they wield forearm sized tools, or some girl-on-girl action with an added purple cock for the essential phallic presence (because a lesbian is really just a straight woman who hates men, right?).  To most people, these creepy or offensive fantasy scenarios don’t do much to stir curiosity in the subject. Not to include how terrifying they can be: size can be nice if that’s what you’re into, but no matter the motion of the ocean some of those boats are going to hit the sea floor in a way they really shouldn’t.

Even so, there is enough awareness of healthy uses of sex toys that it is difficult to fully justify why the thought of an unthreatening bullet makes certain people uncomfortable. Most people buy their gadgets online, meaning that even those who use these tools tend to avoid asking the shop clerk’s advice in Condom World. It seems to me that for many individuals, the very notion of artificially enhancing sexual pleasure is the issue. For couples, there may be an inherent guilt to admitting that your partner just isn’t hitting all the buttons you want them to, and for solos, a similar feeling from being so eager for extra-coital gratification that a hand just won’t do the trick. Either way, the feeling seems to step from that evil socialized concept that orgasms should be locked up in the marital bedroom, and even there they only creep out from under the sheets if you’re lucky during procreative missionary. I rattle on about this way too often, but for good reason: the demons of supposedly past societal expectations always seem to haunt us, creeping up on our reformed and liberated sex lives when we least expect it. Is there an easy way out? Not really — everybody has been socialized differently and so will have different mental barriers to overcome (aren’t I punny?). If one so wishes, working past this into a more open attitude to sexual experiences can be a very rewarding experience.

There are of course completely valid and rational reasons not to use sex toys. Maybe you feel like it dulls out orgasms induced by a partner, don’t think they’re worth the money or enjoy working hard for a fabulous orgasm. The ideal scenario here wouldn’t be the presence a compulsory sex toy drawer between underwear and jeans, but rather that such a storage space would not raise a brow. Hopefully, when such a situation is reached, there will not only be more people slithering, undulating and writhing in ecstasy, but also an associated weakening of the norms that prevent such a world from existing. In my opinion, the best way to get there wouldn’t necessarily be to whip out credit cards and take advantage of whatever post-cyber Monday sales are still around, but rather to avoid wincing at the idea of it.