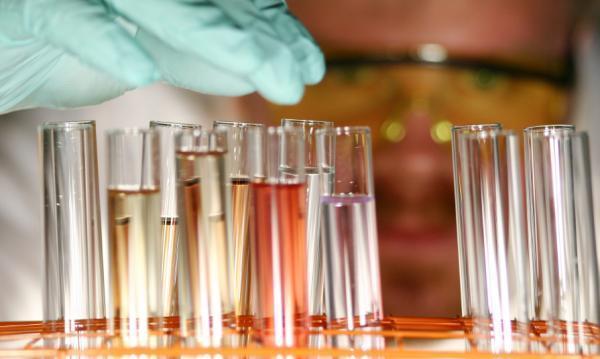 Every semester, hordes of Swarthmore students occupy the corridors and classrooms of the Science Center to attend some of the most highly enrolled courses at Swarthmore — introductory science courses in biology, computer science, physics, astronomy and math. These students are diverse: scholars of the sciences, those who dabble in all subjects and those who are there to fulfill their natural science requirement.

This final group, anxious Shakespearean experts, multi-linguists and Marxist theorists in-the-making, enter the Science Center for the first time since their Swarthmore tour. They are awed by the tea selection at the Coffee Bar, the winding and seemingly endless corridors and the overabundance of chalkboards covered in formulas and equations. These students come ready to apply their sharp reading skills to the new language of science. Fulfilling the natural science and engineering practicum requirement, they participate in the college’s liberal arts ideology, meant to broaden the minds of and impart a wide-range of skills to the entire student body.

It is hard to classify these introductory courses. Some are prerequisites for further study, such as BIOL 001 or 002. Others are “one-stop” classes, geared toward introducing these subjects in a broader way to students unsure of whether they are interested in pursuing a major in the sciences or just want a taste of the subject. Interestingly, there seems to be a stigma around the latter courses, which arises from a misguided understanding of what classifies science or math and what  is learned in these classes. Based often in conceptualization rather than practical application, these courses are often disregarded as too rudimentary and to some degree useless. Determined to demystify “one-stop” classes, Professors Lisa Meeden of computer science and Ralph Gomez of mathematics weigh in on all, from the material covered, their pedagogical approaches, the demographic of students who take them and the general purpose these courses serve in their respective departments.

In 2006, the Computer Science department revamped its most popular course, COMP SCI 021 to make it more accessible to a broader range of students. Shifting from a more complex programming language to Python, scrapping a book that was too “syntax-heavy” and “that was frustrating for students,” and instituting a Ninja program headed by a computer scientist, the department successfully increased the number of students taking the course by 300 percent.

Due to the overwhelming interest in the course, nearly “50 students are lotteried out of it every semester,” Professor Meeden said. Catered to students who, due to the lack of computer science courses in high school, are “really starting from scratch,” COMP SCI 021 offers a fun and challenging introduction to programming, to ultimately spark interest in it. Unlike upper-level COMP SCI courses, COMP SCI 021 has a lab component, a feature that Meeden relishes. The broadness of the topics covered allows Meeden to adopt a more interactive approach, one comprised of a mix of lecture and independent problem-solving on the part of the students. Teaching her students—comprised predominantly of underclassmen and women,—to “think algorithmically” and to “learn to program by programming” Meeden hopes to impart them with “a different way of thinking and…approaching problems.” This popular and innovative course successfully puts computer science on the map, legitimizing the intellectual pursuit of computer science and teaching most students how their most prized possession, their laptop, is programmed to interpret their commands. In its practicality and its placement within the computer science track, COMP SCI 021 evades the stigma often associated with other intro classes made “for dummies.”

Math 003 is a prime example of these sorts of classes with a stigma. Better known as Introduction to Mathematical Thinking, Math003 is a juicy course for most Swatties. Satisfying both the natural science distribution and the writing course requirement, this course gives Swatties the opportunity to kill two birds with one stone. But how exactly does this course fit into mathematics? Professor Ralph Gomez describes it as a “tour of the mathematical landscape” concerned less with proving mathematical statements (as is the case in upper level courses such as Complex Analysis or Topics in Geometry), than with “trying to understand some of the great mathematical ideas.” What Professor Gomez finds valuable about the course is that students will leave with a valuable skill: being able to “articulate precise mathematical statements.” This is where the writing comes in. Every homework assignment is comprised of short-answer questions that predominantly ask that students explain why a theorem works or apply an idea (such as fractals, symmetry, etc) to images and real-life situations. Students are also required to write longer 2-3 page writing assignments ranging from reflections on a Pythagorean theorem proof to the formulation of a plan of execution of a complex problem.

Granted, students aren’t using calculus to show that the angles of a triangle always sum to 180, but they are doing math. Teaching their minds to think “mathematically,” these students are honing their problem-solving skills. What makes this course more dynamic in its approach than say, theoretical mathematics, is that strives to call attention to the many ways mathematics shapes our world. From the logic behind bar codes, to the appearance of Fibonacci numbers in the perfect spirals of artichokes, students come to appreciate math because it is so alive.

For Elena Ruyter ’14, Math 003 is not “math for dummies…but rather math for poets.” While she acknowledges that she is taking the course to fulfill the NSEP and W requirements, Ruyter looks forward to Professor Gomez’s class every Monday, Wednesday and Friday at 9:30 in the morning. Approaching each hands-on exercise voraciously, she takes another stab at her relationship with mathematics. Despite never being “very good at mathematics,” Ruyter dedicated herself to becoming an engineer, and having “an extensive background in math and science” as part of an IB program in high school, Elena entered Swarthmore ready to embrace the sciences. She began to reconsider her plan after taking Math 025 her freshman year. Describing the course as moving “very fast” in covering complicated material, and feeling like an impostor among the “people in the class [who] were math and statistics majors,” Elena dropped her pursuit of the sciences for a career in the Humanities and Social Sciences. For her, Math 003 “…resonates with my learning style and what I’m interested in more…it has a lot to do with art, a lot to do with philosophy.” Taught at a comfortable pace, and thoroughly, Ruyter finds it refreshing that it is a “fundamentally different way to look at mathematics through a conceptual sense.” Ruyter’s intention is not to romanticize Math 003 nor devalue upper-level math courses. Instead, she asks that all students see that Math 003 does have its “own character and its own life that deserves analysis separate from” the quantity of multi-layered proofs and equations that are too often associated with mathematics.

Despite its low number, Professor Ralph Gomez regards the course as “one of the most important courses he will ever teach.” Influenced by a statement that mathematician/author Edward Burger once made regarding courses like Math 003, Gomez believes that in targeting students who are “initially terrified with mathematics and carry a frustration toward the subject” and changing their opinion, allies for the struggle for better mathematical education throughout the US are created. At stake, then, is the very vibrancy of mathematics. What both Professor Meeden and Gomez share is a strong belief in the value of these courses to inspire the minds of those who might be shy of the sciences to either pursue the sciences or at the least, appreciatetheir beauty and usefulness.

Interestingly, this stigma seems non-existent in the Social Sciences and Humanities. In these departments, introductory courses of all kinds are seen as the most useful; only in establishing a solid historical, theoretical, or contextual base in the subjects can one ask deeper questions and seek better answers. Paradoxically, the stigma is strongest in the sciences, a discipline which is also fundamentally dependent on building complex concepts from smaller foundations.