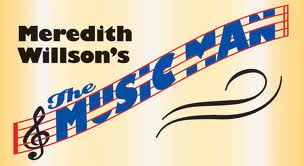 Let’s be honest. The magical world suffers desperately from a lack of entertainment.

Sure, there’s quidditch. Quidditch has flying and bludgers to make it exciting, but is that really enough? In the muggle world, the most popular sports include football and ice hockey, sports that involve smashing into people as hard as you can. Quidditch players tend to be able to avoid getting smashed by bludgers, which does make me wonder whether the magical world is really as enthralled with the sport as JKR seems to think.

In any event, there is at least one sport in Harry Potter world. There are plenty of games to play — gobstones, wizarding chess included. But what about people who don’t like watching sports and don’t want to play chess? Where is the entertainment for those people? In short, where is the theater?

A lack of theater is one of the serious shortcomings of the Harry Potter series. Without looking at all into JK Rowling’s life, I venture that she had never seen great theater as a child or young adult, because if she had, she would certainly have realized that theater is a magic beyond all we do here.

If Rowling had, for example, used a time turner to watch “The Music Man” at the Walnut Street Theater in the fall of 2012, she may well have been moved enough to schedule in a theater class before Potions and after Transfiguration.

“The Music Man,” written by Meredith Wilson and directed at the Walnut by Marc Robin, is an excellent musical. It feels like a chick flick: a man, Harold Hill (Jeffrey Coon), fakes an interest in Marian the Librarian (Jennifer Hope Wills) in order to keep her from discovering that he is only pretending to be a professor and music instructor. Without meaning to, he falls in love with Marian, and she with him — not without the classic chick flick plot twist of she discovering that he is a fraud and he convincing her that he truly loves her deeply.

It’s a feel-good musical, JK Rowling would have discovered had she had the good sense to use that time turner, and it’s also thought-provoking and funny. One of my favorite songs was “The-Sadder-but-Wiser-Girl,” sung by Hill and his friend Marcellus (Fran Prisco). The song features lines such as “I hope, I pray, that Hester will win just one more ‘A’!” and “The only affirmative she will file/ Refers to marching down the aisle!” Two grown men onstage singing, in euphemism, about wanting to have sex is something that should not be missed.

“The Music Man” is full of dancing, romance, and the simple pleasures and difficulties of a small rural town. The audience take-away is a huge smile and the thought that music can bring with it a tremendous amount of joy.

It looks like JK Rowling is going to keep writing books for some time. Maybe someday she will write a prequel to her famous Potter series. In that prequel, she may just explain the tremendous gaping hole in her books where theater ought to be.

“The Music Man” runs through January 6 at the Walnut Street Theater in downtown Philadelphia. Reserve tickets online at www.walnutstreettheater.org, or buy them at the door. Tickets can be as cheap as $10, and the show runs 2 hours 45 minutes.