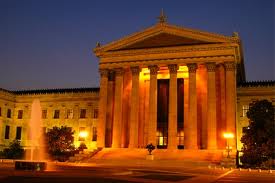 Sometimes, art leaves us with incredibly intense emotions. We fall madly in love with one painting, nearly convinced that our true soul mate exists as pigment applied onto canvas. Another painting might provoke the exact opposite reaction: it may make us recoil in disgust, having such a visceral, repulsed reaction that we actually beg to leave the room—nearly convinced that there is no more unthinkable form of torture than to force someone to endlessly stare at that painting. Other artworks compel us toward neither of these two responses, and we stand before them completely dumbfounded as to our position regarding the work. Such is the case for me with Resonating Surface—A Trilogy, a series of three films of about forty minutes created by Manon de Boer. Each film is a “portrait” of three semi-famous women whose careers blossomed during the 1970s.

According to a pamphlet that accompanies the film screening, which will occur in the Julien Levy Gallery in the Ruth and Raymond G. Perelman Building of the Philadelphia Museum of Art (PMA) until February 10th, De Boer’s film portraits “engage the artistic agency of her subjects while revealing a larger philosophy of existing in the world infused with creative purpose and a sense of self-determination…[they] investigate the relationship of the human body with the perceptual field, especially with sound, while exploring the space and time in which these relationships take shape. The body as a resonating surface for lived experience is at the center of De Boer’s oeuvre.” This description, I can at least say, seems quite generous in the credit they give De Boer for the effectiveness and power of her work. Walking away from viewing the films, I did not feel any clear indications of the exigence behind the films nor what De Boer was attempting to accomplish with them. I strained to find any sort of deep meaning, any sort of artistic revelations that usually emerge quickly to the surface when I view other artworks. Instead, I was left wanting and feeling confused, as if I was missing something that the curators who arranged the exhibition seemed to grasp comprehensively, as evidenced by the way they gush about De Boer in the exhibition literature.

The first film, titled Sylvia Kristel—Paris, consists of a study of the Dutch actress Sylvia Kristel, who became famous for her lead role in the 1974 French erotic cult classic Emmanuelle. Throughout the thirty-nine minute running time, Kristel discusses her acting career while panoramic views of Paris are displayed on the screen for nearly the entire film. One of the major problems with the film, at least for viewers who cannot speak French, is the fact that Kristel speaks in French. This forces viewers to concentrate on reading the English subtitles shown at the bottom of the screen instead of experiencing the film as De Boer probably intended, taking in the vistas of Paris while listening to Kristel’s disembodied voice speak in the tongue of the denizens of the City of Light. As a result, we focus solely on Kristel’s story and the words, rather than absorbing De Boer’s constructed synthesis of visual and auditory elements.

At two points in the film, the images of Paris and Kristel’s voice are replaced with the appearance of an aged Kristel and near silence, as we watch Kristel smoke a cigarette with a faraway look in her eyes and listening to her almost imperceptible, shallow breathing. The exhibition pamphlet claims that De Boer chooses to scarcely show viewers Kristel’s face in order to, in a feminist fashion, deny chauvinistic voyeurs of the female gaze, “particularly relevant when hearing Kristel’s account of her career as a celebrated sex symbol in front of the camera.” But this seems like a gross exaggeration, a typical instance of art historians reading too much into the work. It seems more plausible that De Boer doesn’t show Kristel’s face in order to submerge viewers into the past, when Kristel was more youthful and beautiful and spent her time in Paris speaking French, her nonnative language. Then when we finally see Kristel for the second and final time, with her morose expression and wrinkled complexion, it becomes a resonating surface in its contrast with Kristel’s past which we had just finished exploring so extensively.

The next film in the Resonating Surfaces trilogy, titled Resonating Surfaces, examines the life of Suely Rolnik during the 1960s and 70s. De Boer takes the same stylistic approach that she used in Sylvia Kristel—Paris to portray Rolnik, a Brazilian psychoanalyst, cultural critic, curator, and professor at the Catholic University of São Paulo. The landscape of Paris is replaced with that of São Paulo, while Rolnik speaks in both Portuguese and French and makes limited appearances, just as Kristel did in her film. Rolnik’s story unfolds in a quite scattered manner, and even if this may be the most authentic way to capture Rolnik, it detracts from the potential power her words might have had if they were recounted more clearly. Another aspect that confuses the film is the appearance of other people at the times when we see Rolnik herself. De Boer gives no explanation of who these people are and how they relate to Rolnik, further confusing the narrative of the film and causing viewers to ponder its strange details rather than derive its aesthetic significance.

The third film in the trilogy, Think about Wood, Think about Metal, introduces viewers to a fragmented picture of Robyn Schulkowsky, an American percussionist who drew immense influence from John Cage. While this film does not have the same problem that the first two films have due to their narration in foreign languages, since Schulkowsky speaks in English, De Boer’s overall point here is unclear. In this film, we don’t see Schulkowsky’s face at all, only seeing her arms as she plays her personal creations of percussive instruments—instruments she seems quite proud of, given her expressed appreciation for “an unfinished instrument that doesn’t allow a complete mastery.” These images take up most of the forty-eight minute film, but De Boer periodically intersperses them with panoramic views of present-day Berlin and the Westdeutscher Rundfunk building, “the public broadcasting institution that was the center of German avant-garde music production in the 1970s and 1980s.”

At the end of the film, just as at the end of the other two films, I felt uncertain about the meaning and importance of it. I almost felt as if I was missing something, as if there was something more to the films that I was not aware of. Why do these films warrant an exhibition in a major museum like the PMA? Perhaps they are so avant-garde, they transcend the understanding of the average art lover, a group of which I certainly still belong at this point in my art historical career. But if this is the case, of which I maintain skepticism, then the PMA needs to work harder to cross that divide of understanding and provide its audience with sufficient information to properly appreciate its art cinema.