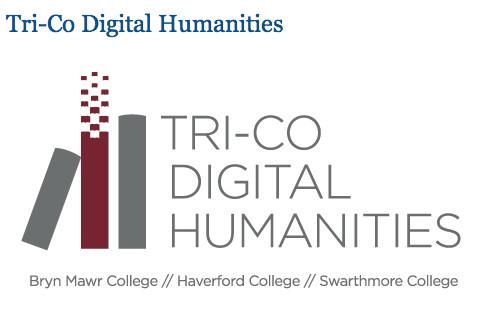 Tri-Co professors have set out to change the way the world thinks about the humanities. Usually we think of Shakespeare plays, museums full of 14th century tapestries, and heavy history textbooks. But a new initiative, founded by Bryn Mawr English Professor Katherine Rowe in 2010, called the Tri-Co Digital Humanities (TCDH), is changing that.

TCDH, funded by a three-year study grant from the Andrew L. Mellon Foundation, is an initiative that supports independent fellowships and gives grants to students, faculty, and staff for humanities-based inquiry using new technology like video, databases, and blogs.

“The turn to digital humanities is not the development of a new field … it’s a methodological turn across many disciplines that begins to think about whether there are valuable new kinds of questions that digital modes of inquiry let us ask,” said Rowe, the program’s director.

Digital humanities is a rapidly growing catena of fields where scholars use the Internet and other computing technologies to augment their research within the humanities. Some people also use it to refer to humanities research about technology.

“In Classics the research has been heavily digital for a few decades now. he entire corpus of Greek literature, and most of Latin literature, has been made available in searchable form, enabling certain kinds of research to take a few minutes or hours instead of years or lifetimes,”  Classics Chair William Turpin said. “But those are all actually just more convenient ways of doing what we always have done,”

It has supported a huge spectrum of humanities topics, from street art to old books to women who ran for office before Congress passed the 19th Amendment. The initiative funds digital humanities projects with grants of up to 12,000 dollars and accepts digital humanities fellows, nine of which were accepted last summer, including two Swarthmore students. It also hosts symposiums such as the Re: Humanities Conference last March, and plans to hold another this coming April.

“In some ways it is augmenting work that we’ve done before, but in other ways, we can ask new kinds of questions and so thinking about large databases and questions that you could ask a that you otherwise wouldn’t be able to research so easily with our current processes seems really exciting. You can play with the thinking like by taking methodologies that are inherent in the humanities such as how to read a poem and then apply that to Facebook and think about what these exciting new methodologies mean.” said Assistant Director of the Project Jen Rajchel.

For example, this past summer, two Swarthmore students, Cathy Park ‘13, and Ben Ellentuck ‘14, received fellowships from the TCDH to work on a project called the Early Novels Database, a project that compiles metadata, “which is data outside of what we usually think of as the main text, so the title page, publishers notes, or dedications, etc.” in the words of Cathy Park.

Digital technologies allow for a more expansive kind of collaboration than was previously allowed in academia, according to Ben Ellentuck ‘14. He said most research was and still is shared with scholarly journals, books, and other published works. Having a faster, more accessible way to share research within the humanities not only makes the learning process more convenient for students, but also draws connections between groups of researchers such as librarians, professors, and students.

“This way of reading or doing research or looking into books, hasn’t really fallen into one category neatly in the past, and I think digital humanities provides resources for really all three of those groups to have various types of ins into some kind of collective effort so librarians can actually connect to the academics that are doing research, and to students in their classes,” Ellentuck said.

She also incorporates digital humanities into her courses: “My “Rise of the Novel” mid-level class teaches students a more canonical history and theory of the novel, but also includes a partially born-digital, creative novel-cataloging assignment, which I’m currently partnering with ITS to display in a public online Omeka database. This assignment gives students a taste of work with larger sets of novels and with bibliographic description and cataloging, and students who are interested in this often end up working with me during the summer on the Early Novels Database.”

The initiative offers two types of grants, pilot grants of between $6,000 to $12,000, in which preference is given to longer-term collaborative projects, or seed grants of between $1,000 and $5,000, which provided startup funding for projects in scholarly, curricular, or institutional digital humanities initiatives. The majority of projects funded by TCDH have been for online databases or blogs. Some projects have been less traditional: one Haverford student, Jon Appel, used his grant to make an animated short story about the juxtaposition of physical and digital technologies. Another used his to interview stakeholders at think tanks in Washington DC and Cairo, Egypt.

“Right now we don’t know what exciting things are going to happen. As students and graduates, the jobs that we’re being prepared for don’t even exist yet—we’re finding that students have to go out and create jobs in which they can be creative and use their critical thinking skills in new ways, so for me this is about giving students the opportunity to explore now what the possibilities will be, and to help them to think about how they might go out and create a strong vision to carry them forward into the future.“ said Jen Rajchel.

Applications for next year’s Digital Humanities fellowships and internships are due January 30, 2013.