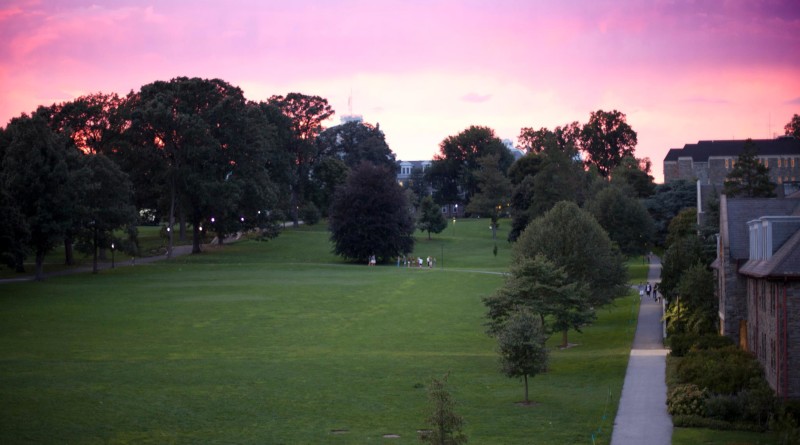 Co-President Gabby Capone ‘14 brought up concerns about maintaining accountability of students appointed to StuCo committees. “We need a way to make sure we know people are attending committee [meetings],” Capone said. She added that the process should be more interactive and involve “more communication between the people on the committee and StuCo.” Capone also suggested designating one student on each committee as attendance keeper to report back to StuCo monthly or bimonthly.

Appointments Chair Will Lawrence ‘13 explained that he had asked committee chairs if minutes were being taken and, if so, if minutes could be provided to StuCo. Some respondents voiced concerns about confidentiality in terms of providing minutes from certain committees, such as CEP and CJC, whose activities involved sensitive personal information. Lawrence was in favor of committees providing reports back to StuCo “as long as we have accommodations for larger or smaller degrees of confidentiality” so as to avoid oversimplifying committee’s roles. “[There is] very little point to having student representation on committees” if they can’t gather information from students, Lawrence said.

Capone and Lawrence agreed that in the cases of CJC, CEP and other committees dealing with sensitive information, reports should still be made available to all students about the philosophical discussions being had. “We want people on CJC to talk to students about how the CJC functions,” Capone said.

Financial Policy Representative Eugene Prymak ‘13 summarized the final SBC spring budgeting meeting from earlier in the day. Several parts of group budgets which were formerly automatic, such as the $5 for photocopying and the $60 for an all-campus event, now need to be applied for. The food cap has been changed from $800 per year and $400 per additional event to $1000 per year and a maximum $500 per event, with exceptions for groups like i20 and Hillel. It is possible that a hotel cap will be implemented in the future to standardize hotel costs.
SBC hopes to establish a precedent for setting a lower benchmark for spring budgeting and leaving more money to be distributed through supplemental funding, with the idea that groups will know more about their needs as they get closer to an event or expenditure. Prymak added that StuCo has fully funded Halloween in Sharples, Yule Ball in Upper Tarble, and all spring fling events for this year.
As part of spring budgeting, SBC must have its own budget approved by StuCo. SBC Student Chairperson Amelia Mitter-Burke ‘12 requested an additional $5000 for student labor, which was unanimously approved by present members. A SBC-StuCo taskforce meeting was scheduled for the end of the semester.

Capone lauded Dining Services for responding to student suggestions of a meal special in Essie Mae’s. She asked other members to provide updates on the suggestions they were pursuing. A bike repair day with help from engineering students will be scheduled once the engineers were less busy. Improving water pressure in the Science Center is under investigation. Student Groups Advisor Lanie Schlessinger ‘15 sought suggestions for where to place a bulletin board near the Science Center commons to create more seating space by clearing off the stone benches. Secretary Sarah Dwider ‘13 suggested the empty shelves next to the Science Center coffee bar.

Lawrence asked about updates on locked doors at night. Capone said that nothing will get done until a proxy card system is set up. Such as system has administrative support, according to Capone, and is part of the Campus Master Plan. Co-Presidents Capone and Matt Lamb ‘12 will meet with new Public Safety Director Michael Hill and the Borough Public Safety Subcommittee this week.

Student Outreach Coordinator Ian Anderson ‘13 updated other StuCo members on the status of his project working with developers on a Facebook app to provide a forum for student groups to interact. Anderson explained that, two days before the app was set to launch, Facebook launched its own version of the concept. Under time pressure from the app developers for a decision on whether to nix the project, the members in attendance voted unanimously to stop pursuing the project.

Following requests from students for a summer van service, Capone suggested that someone contact current van coordinator Chris Shea ‘12 and any larger oversight for van services. Schlessinger will pursue implementation.

After previous discussion of moving the process of chartering student groups online, Schlessinger concluded that the process would not be moved online. Instead, the charter of a new group must be submitted by midnight the Thursday before a Sunday StuCo meeting. Edits to the charter will be returned to group members by Friday. The master list of groups will serve as a way to recharter groups. At the beginning of each semester, groups must provide up-to-date contact information and proof of activity. If a group is inactive, it will be de-chartered (with exceptions for students going abroad). StuCo members will finalize the details for this process at next week’s meeting.