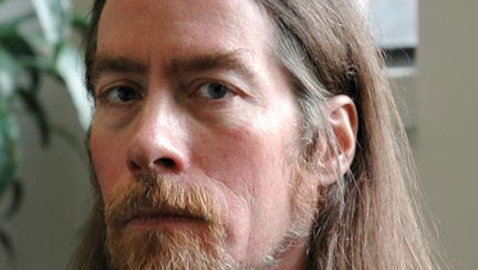 David Kennedy ’80 is one of the country’s best known criminologists. Since the 1980s, Kennedy has worked in cities across the country to implement solutions to street violence; in the 1990s he directed Operation Ceasefire, a project in Boston that reduced youth violence in the city by 60%. Kennedy detailed his experiences in his 2011 book Don’t Shoot: One Man, a Street Fellowship, and the End of Violence in Inner-City America.

Kennedy will give a public lecture at Swarthmore this Wednesday. Last week, The Daily Gazette’s David Sterngold spoke with Mr. Kennedy about his transition from Swarthmore student to urban crime fighter, and about our nation’s problem of urban violence.

In your 2011 book Don’t Shoot you outline your crime-solving program, Ceasefire, which has achieved extraordinary results in violence reduction in cities across the country.  Would you talk a little bit about Ceasefire and the book?

Well, the book is not really about Ceasefire, although that’s a piece of it.  The book is about coming to understand and then figure out in a concrete way how to address some really obscene American issues.  This is not an academic book–I’ve covered everything in the book in more academic and precise and scholarly and careful ways.  None of that work, by me or by others, was really penetrating either the professional or the public consciousness.  So it was time to address that same ground in a very different way.  And this book is my attempt to do that.

What the book says is that there is a set of horrendous national issues that are very very closely linked.  They are concentrated, all of them, in especially historically troubled black communities.  In those places, young men, especially, are dying like flies.  I work in places where the annual homicide rate for young black men is over 500 per 100,000, so that’s more than 1 in 200–killed mostly by gunshot–every year.  And it’s not just the violence, it’s a level of community fear and disorder that literally has people afraid to go outside.

You’re known for taking a very hands-on approach to solving crime, which is to say actually going out and talking to people on the streets.  Is this a unique approach, and how does it inform your strategies for reducing violence?

And that’s universal, it doesn’t change from place to place.  There are some other things that don’t change from place to place, and the most important of those things is that hardly anybody is driving the street action.  In the most dangerous places it turns out to be a handful of really extreme people who are the drivers of all of this.  And that shapes the so far pretty universally applicable framework that nearly anyplace can use to turn this around.

How did you go from studying at Swarthmore to studying street violence?

Well, I went from Swarthmore up to Boston, and after I’d been in Boston for a few years I realized all I’d ever been good at was learning stuff. And the only way I could think of to make a living learning stuff–that didn’t involve going back to school–was to try to learn to be a writer.

So that’s what I set myself to.  And I was doing magazine writing, I was doing some freelancing, science writing, I really wanted to get myself to a point where I could–in the best of all possible worlds–work for The New Yorker or write nonfiction books or something like that.

And part of what happened along the way was that I got a job with the Kennedy School of Government at Harvard.  Basically as an investigative journalist.  And I started getting assignments in criminal justice.  And what that meant in practice–because again this was the mid 1980s and the crack epidemic was just picking up–was that I started going around the country looking at innovative policing, much of which had to do with the crack epidemic and crack market, and that was the biggest issue in a lot of cities.

Starting in about 1985 I began walking crack markets all over the country.  And what was going on in those neighborhoods was horrendous beyond anything I had ever seen before.  Without really being conscious of it I was captured by that.  I had a very personal, very reflexive reaction to what I saw, which was: “this is just completely unacceptable, we need to do something about this.”  And I fell in with these folks working on policing, serving a kind of apprenticeship with them.  And without entirely realizing it over the next ten years I became part of that world.

And when I got my writing chops to the point that by my own plans it was time to stop being a staff writer and doing my own stuff, I realized that I had a choice.  I could do that, which had stayed my intent all the way along, or I could really throw myself into this public safety work.  Part of what was both really gratifying and very scary about sitting down to write Don’t Shoot two years ago was that I was finally doing what I had meant to do all that time.  This is not an academic book; in it’s own way it’s actually a work of experimental nonfiction.  And it was pretty scary to finally step up to that.

You were walking crack markets in the mid 80s in some of the roughest neighborhoods in the country.  That must have been terrifying.

How were you able to get over that?  And is this something that other criminologists, and even police, have difficulty facing?

It is. Not the police so much, because they learn how to do it.  But a lot of other people in law enforcement have never done this.  I’ve been with several prosecutors, for example, and they have been petrified doing the stuff that cops do every day and that people who live in these neighborhoods have no choice but to do every day.  This is pretty extreme stuff and not many people who aren’t either street-cops or residents of these places actually do it.  Which is part of why we’re not smarter about dealing with it than we are.  And everybody who does it is scared.  If you’re going to do this kind of work than you learn how to deal with that.

Can you describe your experience here at Swarthmore?  Were there any classes you took or activities you did here that have informed your work?

I was a philosophy major and a history minor.  I don’t pretend that either that work or my time at Swarthmore in any direct way ended up informing what I did later on.  But it is certainly true that particular pieces of it turned out to be relevant.

What really does come out of my time at Swarthmore are two things.  One is a way to hold yourself accountable for learning about things.  That’s one of the planks in the idea of what’s valuable about a liberal arts education.  Nobody comes out of a place like Swarthmore saying “I know everything I need to know going forward.”  What Swarthmore and places like it try to give you is the skills and the habits of mind that say: “it’s your responsibility to understand things and to educate yourself, and here are the tools that you need in order to do that.”  And Swarthmore did a very good job of that for me.

The other thing that Swarthmore gives you–something I took away–was being morally responsible, whatever that means in practice.  There’s no simple textbook that says “this is and this isn’t being an effective human being or citizen.” But part of what the school tries to give people is the sense that you don’t just have to be correct and well-read and learned, you also have a responsibility to be a good citizen–whatever that means in practice.  So something that I brought with me that a lot of my more learned peers didn’t was this very powerful drive to be effective.  I wanted to see something happen.

David Kennedy ’80 will be giving a lecture entitled “From Swarthmore to the Streets: Learning to Understand and Undo America’s Worst Problems of Violence, Prison, and Race” on Wednesday, April 18th at 7 p.m. in Science Center 101.

Correction: the article originally stated that Mr. Kennedy was a film major.  He was a philosophy major.