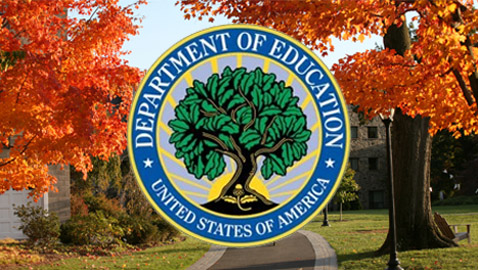 In the aftermath of the Dear Colleague Letter regarding Title IX, a wave of confusion about confidentiality has left survivors of sexual assault wary of coming forward and seeking help.

The Dear Colleague Letter distributed in April 2011 clarified that Title IX, which guarantees equal educational opportunities to members of both sexes, extends to instances and allegations of sexual assault. Therefore, educational facilities are mandated by law to guarantee that sexual assault is taken seriously and that appropriate actions are taken to ensure students’ safety. The letter was written as a response to the many complaints reported to the Department of Education’s Office for Civil Rights (OCR) about abuse and misconduct being dismissed by educators and administration members across the country.

The letter’s clarifications of Title IX have led to stricter regulations that require college officials to report violent incidents to a higher official. Though this mandate is intended to make campuses safer, some fear that disclosing information about violent instances will result in humiliating, public witch-hunts. Swarthmore students should be knowledgeable of the various routes available to them when sexual violence occurs.

Students should be aware of which college officials are required to report instances of sexual misconduct or abuse. Most Swarthmore employees are required to report, including professors, deans and resident advisors. However, there are still many resources at Swarthmore that are immune to the effects of the new regulations. College employees with medical, religious, and counselor privilege are not required to report. This includes all health center employees, all employees of Swarthmore’s Counseling & Psychological Services (CAPS), various religious advisors, and drug and alcohol counselors. These employees have the ability to advocate on a student’s behalf to other employees who are obligated to report. They will only be obligated to submit a clery report, which is a short, anonymous report to a public database that states that an incident occurred.

In addition to these staff members, there are also many students who are working to provide aid to survivors. Swarthmore’s Sexual Misconduct Advisors & Resource Team (SMART) is a group of students and faculty members who have taken it upon themselves to make Swarthmore a safer place. SMART student members are not held by Title IX regulations and are not required to report. The team is currently undergoing a transition, and in the future it hopes to bring in speakers to train students and staff members about the dangers of violence and sexual assault. SMART has also expressed an interest in creating a student support system for survivors to disclose instances in confidence through the use of a student-run helpline.

Beth Kotarski, Director of Student Health Services at Swarthmore, is one of the faculty members guiding SMART this year. She stresses the invaluable role that students play in lending an ear to survivors. “Students play the most important piece,” she says. “They are peer supporters and responders. They provide a powerful safety net for survivors.”

Student SMART team member Lisa Sendrow ’13 explains, “I really want other students to feel like they have support and that they can talk to me and know that I will direct them to the resources available to them.”

With these resources in mind, it is important to acknowledge that Title IX is not intended to target survivors. Title IX is intended to keep reports of abuse from slipping through the cracks. It is meant to ensure that colleges are taking each and every instance or allegation of violence seriously and doing the best they can to ensure the safety of their students.

“The goal is to respond to instances and allegations of sexual misconduct appropriately,” says Sharmain LaMar, Director of Equal Opportunity at Swarthmore. “As Title IX Coordinator, I am trying to be as sensitive as possible to a survivor’s desire to be anonymous, but I’ve got to do a balancing act of making sure that individuals have the proper resources to cope and ensuring a safe environment for all of our community members.”

LaMar also stresses that employees bound by Title IX requirements are not intended to be first responders in violent situations and that students looking for a fully anonymous outlet to voice concerns are best served by the alternative resources listed above. Title IX deals with the legal and safety-related aspects of campus violence, not necessarily the emotional healing process. LaMar explains that ultimately it is important for students to know where they can go for appropriate resources.

In reference to the Title IX reporting process, LaMar says, “The level of the investigation will depend on the severity of each case and the circumstances of each case — there will be times when I will need to assess if a college policy was broken here and I will work with the Deans Office to find the appropriate resolution to that.”

Essentially, Title IX is not taking resources away from survivors, but it is making those resources’ roles more defined. There are still many outlets on campus for survivors to find help and healing, but those outlets offer help in different ways: some in direct aid and some in legal aid. Title IX should not discourage survivors from reporting or coming forward to seek help. The clarifications to Title IX are meant to complement existing resources to better protect and serve survivors, and their main purpose is to ensure a safer campus community.

14 thoughts on “Swarthmore Still A Safe Zone For Survivors”