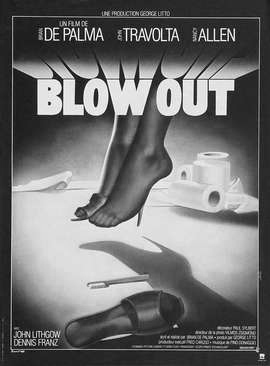 VHS and DVD shelves contain some old classics and new hits, as well as some unknowns

Most Swarthmore students are painfully aware of our collective tendency to stay on campus. Swatties don’t always make it to a movie premiere or spend the evening in Media. Luckily, Swarthmore offers excellent resources on campus to screen and rent feature films and documentaries. In the past six months alone, the Tripod network has registered 321 new DVDs or VHScassettes available for students at McCabe. Though it seems anachronistic to include VHS in this number, librarian Allison Masterpasqua said that many new documentaries have been added in that format.

The Swarthmore library system owns a tremendous amount of visual media; according to the most recent issue of “@library.edu”, about 6,000 feature films and almost 3,000 documentaries are kept in McCabe. This includes favorites, like the much circulated 90’s comedy classic “The Big Lebowski”, which tops McCabe’s list of most popular film rentals. Experimental favorites like Lynch’s “Mulholland Drive” as well as American classic “The Godfather” and foreign darling “Amelie” round out a varied hit list.

For those looking to procrastinate for just a short while, many TV shows are available, located within the feature film shelves. Some well-rented television shows include the ever-popular “The Wire”, “Sex and the City” and “The Sopranos.” A complete list of top rentals is available in “@library.edu” and is posted on the wall of McCabe’s third floor.

One change that might not be immediately apparent is the new location for documentaries, which have been moved closer to the feature films. Many films that have had previous screenings at Swarthmore for a variety of departmental or campus events are now available in McCabe.

The Movie Committee screened the savagely self-aware and puzzling film, “Exit Through The Gift Shop” last year, which was recently acquired by McCabe. Directed by enigmatic street artist Banksy, the movie provides the audience with blinding satire of the Internet hype-fueled cult of personality.

The Movie Committee also showed “Gasland”, an exposé on the controversial practice of natural gas extraction known as hydraulic fracturing (“fracking”) last year. The film is politically charged, and highly engaging, which made it perfect for exhibition at GREENmarch 2011, and it is now available for private viewing as well.

Another controversial documentary, “Inside Job”, was shown last year by the Political Science department as a talking point for financial regulation. The library, adding to the already excellent documentary section, recently acquired it. With thousands of other informative and engaging movies like these already available, students need not worry about taking a too-indulgent study break again.

However, for occasions when nonfiction is less appealing, the Swarthmore library system has plenty of feature films for any mood. Many of last years top films, like Oscar-winners “The King’s Speech” and “The Fighter”, or equally excellent but more daring fare like “Black Swan” are available for rentals. Other notable films include new releases by the Criterion Collection: “Blow Out” and “White Material”. “Blow Out” is a 1981 thriller film directed by Brian De Palma, which tells the story of a sound effects engineer, played by John Travolta, who discovers audio evidence of an assassination. Also interesting is 2009’s “White Material” by Claire Denis, an intense character examination of an entitled woman living in Africa, tirelessly fighting to save her family’s coffee plantation from civil war.

Autumn is newly arrived, and soon enough Halloween will follow, making the next few weeks the perfect time for scary movies. Horror fans can find Guillermo del Toro-produced Spanish-Mexican horror film “The Orphanage” as well as a re-release of “Dracula: The Legacy Collection”, which includes the original 1931 classic and its less compelling sequels. The former film draws on one of the most powerful themes in horror — seen in classics like “The Excorcist” and “The Omen” — children. First time director J.A. Bayona captures well the magical spirituality of Latin American culture and the naive horror of the unknown in children and childhood. Fans of del Toro’s “The Devil’s Backbone” or more popular “Pan’s Labyrinth” should feel right at home.

“Dracula” is a film that has had such an impact on culture that its own original qualities seem to be repeating cliches. Stoic and suave Bela Lugosi plays the eponymous Count in the 1931 Universal version, included in this volume, and chillingly interprets a powerful and lasting myth. The Legacy Collection is a notable new addition because it includes the arguably superior Spanish release of Dracula (which was less subject to controversial censorship) and the delightfully bizarre “House of Dracula.” That film, which features visits from Frankenstein’s monster and the Wolf Man, details Dracula’s almost silly goal of finding a cure for vampirism.

For those not wanting to leave the comfort of their dorm room, streaming services of a variety of film types are now available. Most excitingly, streaming has been adopted by McCabe to expand the system’s already vast selection of films. Netflix streaming is set up for use in a screening room on the third floor. Students should check with the Circulation desk to rent two remotes in order to use the streaming service.

Through the Subject Portal section of the Tripod website, additional streaming databases can be accessed. As explained in the Toilet Paper flyers posted throughout McCabe, these new databases, Filmmakers Library Online and Films On Demand, can be found under “F” on the Subject Portal listings. Both sources are rather large, 1,000 and 4,000 titles respectively, but focus on documentaries and educational films spanning multiple disciplines and subjects.

Anyone interested in exploring what other film resources are available can find any needed information off the Tripod homepage. Click the hyperlink at the bottom center of the page entitled “New Books, Films, etc.” and a variety of search modifiers are available to sort through the database. Because new items, like most of the aforementioned titles, are constantly being added, there is always something new or exciting available so check back often.