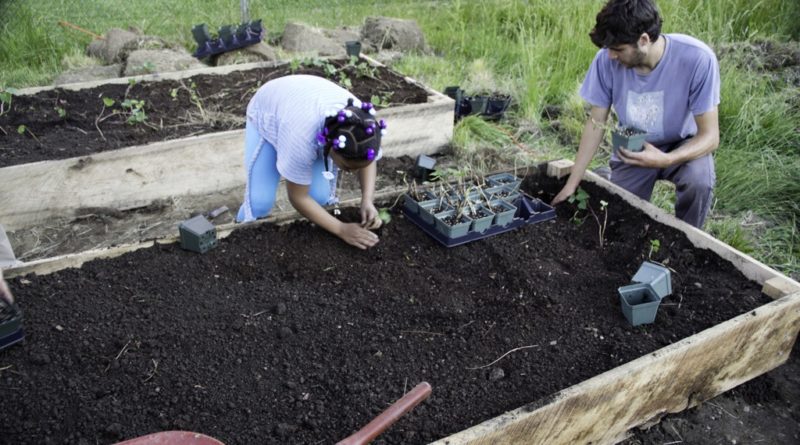 The city of Chester, eager kids from the Ruth L. Bennett Homes and the science of vegetable cultivation. When sparked by a handful of Swatties, these three things combine to form the Chester community garden project, a collaborative initiative between the Chester Housing Authority and Swarthmore’s Environmental Justice (EJ).

Although the Chester community garden project began three years ago and has been maintained ever since, EJ made much headway in expanding the project this summer.

The group works with children from the Ruth L. Bennett Homes — one of the six housing developments comprising the Chester Housing Authority, a housing provider for low- and moderate-income households in Chester — to maintain a community garden built to provide fresh produce for the Chester community.

“Chester houses a community where environmental justice is a big problem, so we are seeking to address that issue through this project,” KC Cushman ’12, a member of the group, said.

As an economically disadvantaged city close to Swarthmore, Chester and its plight has been difficult to ignore for EJ.

EJ defines “environmental justice” as “[asserting] that every person, regardless of race, class, nation or other variables, has the right to a healthy and safe environment,” and that “the Chester Garden Project stemmed from conversations with Chester community leaders and residents who have expressed their concerns about this lack of fresh food” on their blog, where they describe their summer exploits and their reasons for pursuing this project.

“Much of our work involves harvesting, weeding, and general maintenance of the beds. We’re also working to make a cookbook with basic recipes to give the community members a variety of ideas of how to cook what they’ve grown,” Taryn Colonnese ’13 said. Colonnese worked on the garden this summer and continues to participate in the initiative.

An essential dimension of the garden project has been the involvement and empowerment of the Chester community.

“EJ decided that a community garden would be a productive way to bring together all these conversations about race, class, income and food sovereignty in a manner that could empower all of those involved,” Natali Cortes ’13 said in an email. She is currently studying abroad in Cuba but was heavily involved with the project before her departure.

An example of the community empowerment that Cortes spoke of can be seen in the “garden goals,” a list of goals created by the children participating in the project, with EJ’s help, concerning the maintenance of the garden.

The children, the majority of whom are aged between seven and twelve, also played an active role in crafting regulations that detail how the garden should be preserved and expanded, as well as defining conditions for acceptable behavior in the garden.

On a more personal level, Colonnese and Cortes concurred that the project sparked insightful educational experiences.

Colonnese, an Educational Studies major, referred to the give-and-take nature of the project as particularly stimulating.

Cortes said that “[she] came into this project interested in the mentoring and educational aspect of it, and it has more than lived up to [her] expectations.”

As for EJ’s plans for the future, the growth of the garden project remains of primary importance.

“As for the future, we plan to design a mini-educational program — we’ve already built an outdoor classroom — to get more involved with teaching the kids in more varied and effective ways,” Colonnese said.

Nowadays, EJ makes weekly visits to the garden and is carefully making steps to expanding their involvement in the community.

EJ also received Project Pericles seed funding in the summer. Project Pericles is an organization that offers grants and funding to colleges and universities so that they may participate in civic engagement programs as part of their educational program. This year, they are applying for the full grant, the prospects of which would further support their big-picture plans.

When asked whether the Swarthmore community at large could contribute manpower and effort to increase awareness of EJ’s cause, the members enthusiastically welcomed such contributions but also said that the prolonged involvement of the Chester community was integral to the garden’s success.