In what might be my favorite piece of Korean literature, Jo Changin writes: “Look up at the sky ten times a day. A day you have not looked at the sky at least ten times is a day poorly lived.” And what better way to see the sky than to see it in all its dark, uncorrupted glory in the silent hours of the night?

I’ve never been interested in astronomy. In fact, my only experience with it was an introductory course that I dropped out of the first week of my sophomore year. I am, quite single-mindedly, a humanities student: To me, the world with all its people is fascinating, even without contemplating the wider universe.

However, after a ten-minute visit to the Science Center Observatory with some physics students became a six-hour astrophotography session, I signed up for a stargazing trip organized by the Astrophotography Club to Cherry Springs State Park last weekend. When we arrived at the observation site, there were already tents and telescopes set up by astrophotography enthusiasts, who were mostly older men.

As day turned to night and our eyes adjusted to the dark, we saw a sky flooded with the light of thousands of stars. I’d seen plenty of images of starry nights in art and online, but I had never personally witnessed so many stars in my life. This was the sky that had inspired so many great works of literature, from “Timaeus” to “The Little Prince.” I felt the wonder of when I had taken a philosophy class for the first time or when I had finished a really good book. In other words, it was awesome.

The only thing better than the view were the conversations, which covered all kinds of topics. There were discussions of how globular clusters are nursing homes for stars, how cool it would be to live on Mars, the possibility of getting stranded in space and getting resurrected by aliens, and the importance of stars in classical Chinese literature and mythology, to name a few.

It was especially wonderful to see how a group of people could look at the same sky but think and feel vastly different things. It reminded me of the best part about Swarthmore: having fun and thoroughly interesting conversations with people with various quirks and from various disciplines. Talking under the stars, I befriended people whom I never would have met in my own classes.

As drowsiness overtook excitement and we curled up in our electric blankets preparing to sleep, looking up at the stars gave me a certain kind of peacefulness, of feeling that all of my joys and pains were really an infinitely small part of an ever-expanding universe.

Would I, like the hobbyists with their RVs, spend astronomical amounts of money on giant telescopes and other sophisticated devices? Probably not. But would I — despite the long drives, cold nights, and watery mornings — go stargazing, should the opportunity arise again? Absolutely.

So go to Astrophotography Club events, where you can take real-time images of deep space objects from the Science Center rooftop. Look out for other stargazing events from Swarthmore. Pull yourself away from busy screens and absorb the quiet calmness of a brilliant night sky — you might thank your lucky stars you did. 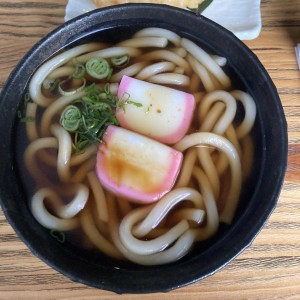 Counting Stars: Images of the Deep Sky Above Swarthmore College