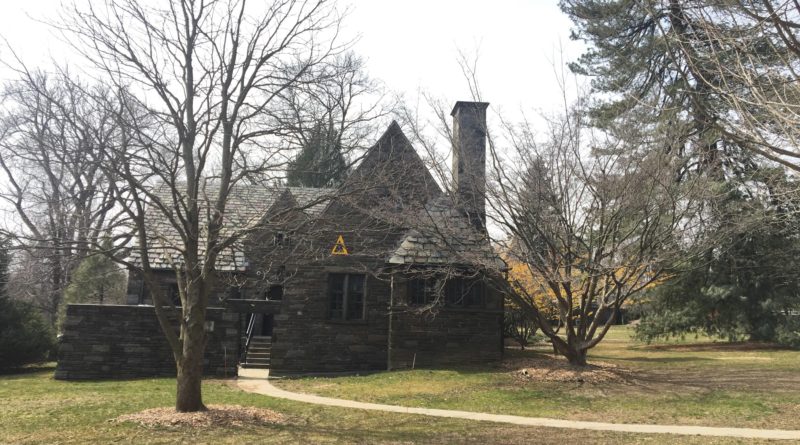 According to DU president, Zach Gonzalez ’19, the fraternity was closed in the fall because it violated campus party guidelines at their Spring 2018 formal, which was held off campus, by not registering the event under a party permit. They plan to rebegin hosting open parties this semester, while following the new substance-free housing policy put in place by the national charter.

DU’s national charter announced in May 2018 that as of August 2018, there would be restrictions on alcohol in houses, including a ban on hard alcohol (which is already banned by the college at registered events) and stipulations on storage of beer and wine consumption and distribution. As of August 2020, all alcohol will be banned from DU houses.

“The Board of Directors has passed a substance-free housing policy that will take effect Aug. 1, 2020. This means that within two years, no alcohol, tobacco or other drugs will be stored or used in a DU chapter facility, regardless of a member’s age. To help chapters ease into this transition, beginning Aug. 1, 2018, all hard alcohol will be removed from chapter housing, and there will be stipulations on where beer and wine may be stored, consumed and distributed within a chapter house,” stated the announcement.

According to Gonzalez, the national policy change will have no effect on the parties at DU.

“The substance-free housing is in relation to having alcohol in brothers’ private rooms. We plan on following this once it is enforced, but this does not mean we will be unable to host social events with alcohol present,” wrote Gonzalez to the Phoenix.

The reopening of DU comes in the context of institutional review of Greek life culture on campus. On March 8, the Task Force on Student Social Events and Community Standards released a special report examining social life on campus. Under the direction of President Smith, the task force met with many student groups to discuss, among other things, the impact of Greek life on campus social life. These groups included both DU and Phi Psi, as well as the group Organizing for Survivors which has advocated for the fraternities to no longer have control over their houses. It also included the feedback from many individual students. Some representative responses from the feedback collected were published in the March 8 report.

The report included perspectives on fraternities, recognizing that they provide social events and another culture on campus. However, the majority of the feedback on Greek life highlighted concerns centering exclusion and inequality of resources. These included  concerns about the fraternities playing a disproportionate role in campus social life, controlling a party space that includes a bedroom, fostering a toxic environment that makes other students feel unsafe, and being a place where reported and unreported accounts of sexual violence take place. Several students reported that they have safety concerns when going to parties at the frats.

“First-hand accounts were provided by survivors of sexual violence that occurred at or originated at fraternity houses. Several people shared that they believe more incidents occur than are reported due to fear of retaliation,” read one of the quotes in the report.

Daria Una Mateescu ’20 believes that both fraternity houses on campus, including DU’s, should be permanently repurposed; like some people in the report, she believes they hold undeserved social power on campus.

“Frats are premised on misogyny, perpetuate misogyny, and have tacky parties where, understandably, massive amounts of alcohol need to be consumed to look around and not feel sick with disgust,” Mateescu wrote to The Phoenix.

Feedback included in the report discussed how the frats always have access to a hosting space because they have their own houses. In contrast, other groups face greater obstacles to hold events because they have to secure limited space on campus.

“Because of their control of a house and access to dues money for alcohol, fraternities play a disproportionately large role in campus social life. Other campus groups find it much more difficult to organize events, especially events with alcohol,” read a quote in the report.

“If fraternities continue to control the houses, then these spaces should be made available more broadly for use by other campus groups, either in partnership with the fraternity or by using the space independently,” one commenter said on the report.

According to Gonzalez, the fraternity hopes to open up their space to other groups and create better connections with the rest of campus.

“In an effort to make the space feel more open to the entire campus, we will be working to co-host some social events in our space with different campus groups,” he said. “We will also try to put together a Band Night where different student bands can come perform in our house. These events have been very fun and great ways of bringing the campus community together in the past.”

According to Gonzalez, DU hopes to be a larger presence on campus outside of the party scene by hosting events such as study halls with snacks and philanthropic events. DU hopes that these events will allow the campus to see their organization in a different light.

As DU reopens in an ever-changing party scene at Swat, the conversation around DU’s role and place will inevitably continue. The task force will be making recommendations to President Smith around the role of Greek life on campus by the end of April.